Friday Finish - Into every life...


...a little rain must fall. Without it, no rainbows! 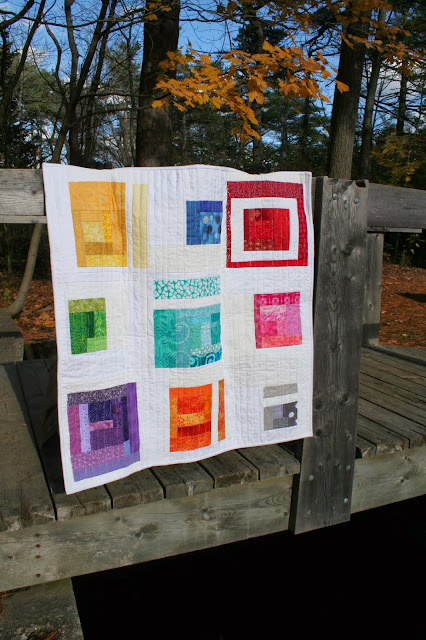 With all my productiveness in recent months, I didn't have a lot of projects hanging around. However, these little improv pieces were stumping me. It all started with these random colour blocks I made... 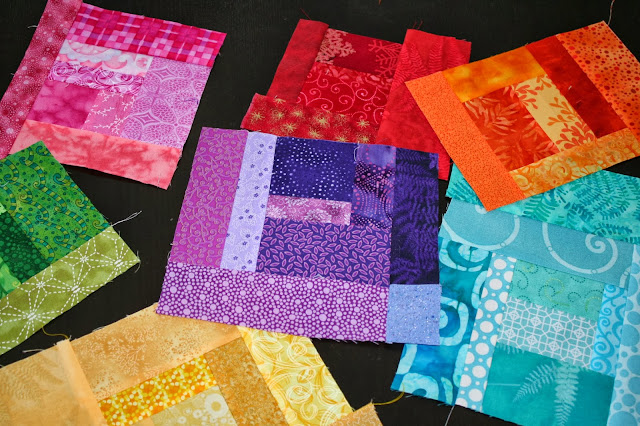 They're the product of one of those studio afternoons when I felt like sewing, but they didn't seem to want to become anything. They hung around the orphan shelf. One day, they jumped on the design wall. Once they were on there, they cried out for some white to make them pop. White makes everything more crisp! 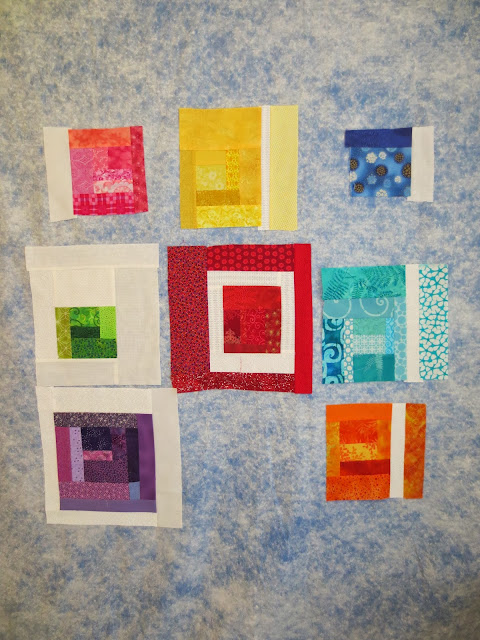 Eight blocks just wouldn't cut it, so I made the little grey block in the lower right hand corner. You can't have a rainbow without some grey skies, right? More white... I used a variety of white tone on tones that I had kicking around, as well as some Kona White. No surprise there. 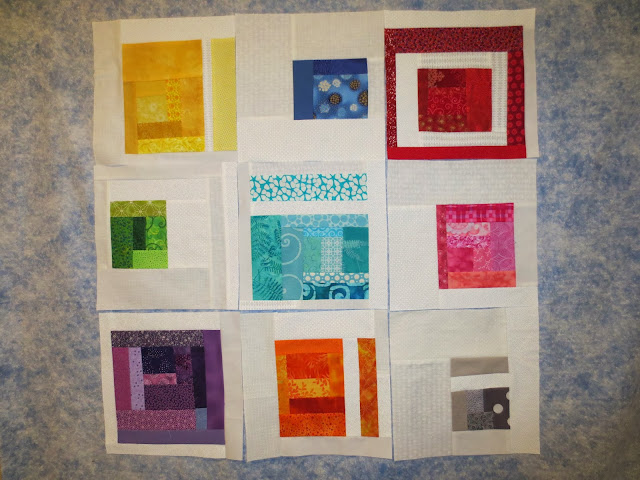 Then it sat. I was stumped on how to quilt it. Q-D suggested pebble quilting it, but I just wasn't feeling it. The coloured sections are large and I didn't want them to go un-quilted. I have a board on Pinterest for just this sort of conundrum. In the end, I decided to take a little inspiration from my backing - another color pathway of Raindrops by Timeless Treasures. The tape is there to keep my raindrops rolling down the window/quilt more or less vertically. 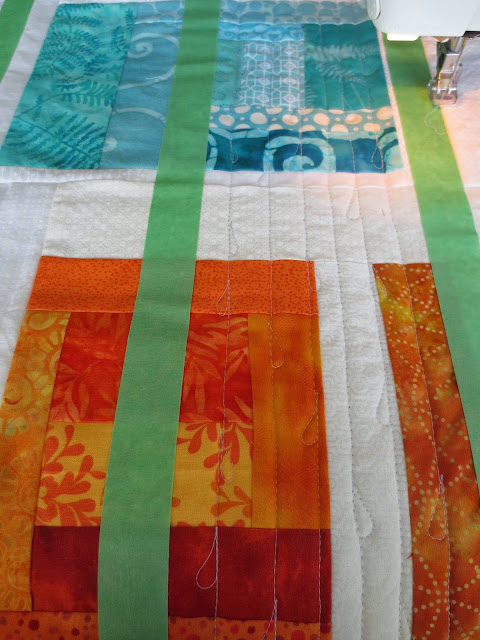 Sometimes you just have to choose a pattern that allows for irregularities. My free motion quilting isn't perfect, but who says a raindrop has to have a particular shape? 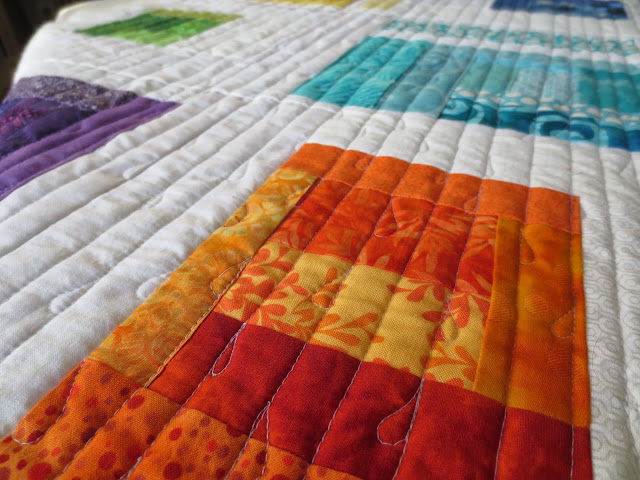 I opted to bind it in white so as not to distract from the rainbow pops of colour or the quilting. Sometimes the binding isn't a design statement... it's just a way to finish those edges! 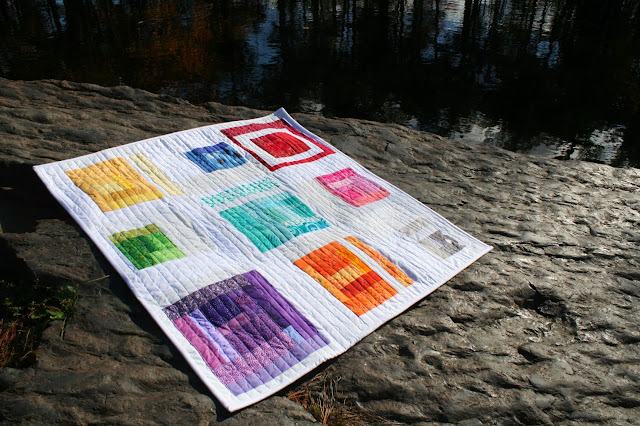 That raindrop backing....seemed fitting for this one! 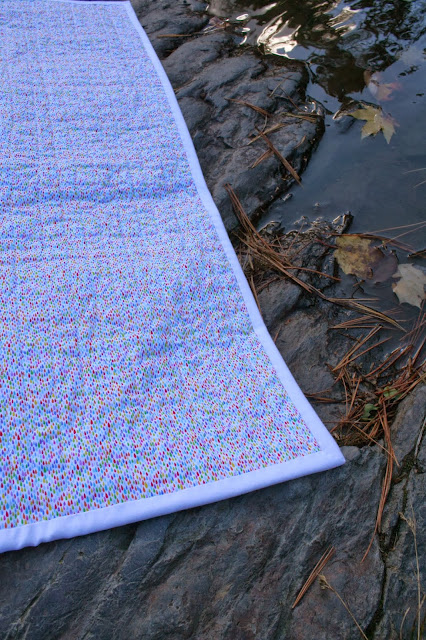 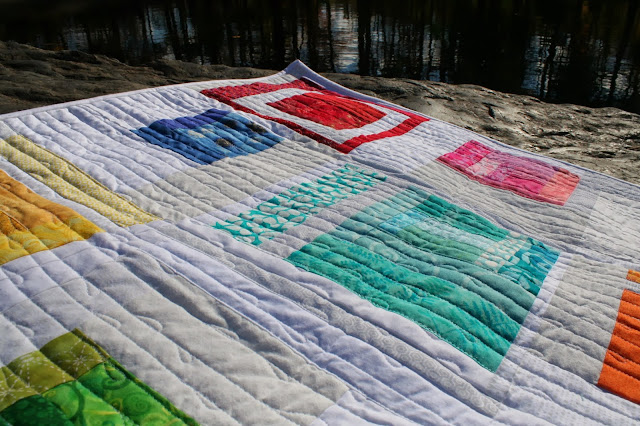 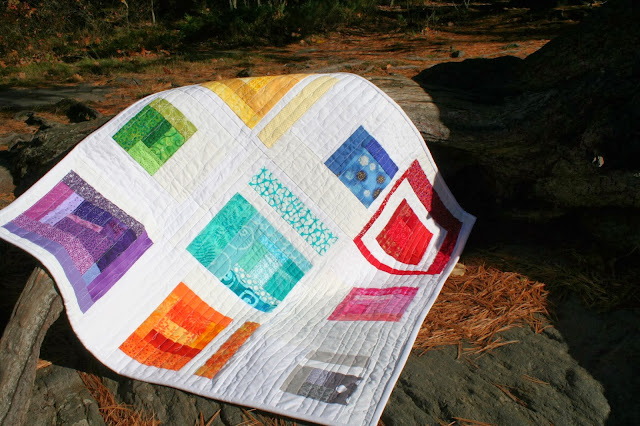 Don't you just love a rainbow?

Email ThisBlogThis!Share to TwitterShare to FacebookShare to Pinterest
Labels: free motion quilting, Into every life, rainbow