After a mere six months, the infamous Transformer quilt is finished! I blogged about it here when Q-A and I first took the day long workshop.

Initially, I opted to make the smallest size quilt with 48 6 inch blocks. Going in to the workshop, it was a little unclear what the finished project was going to look like (understandable given the myriad of block possibilities combined with a plethora of potential lay-outs) and I didn't want to make a big fabric and time investment in something I wasn't sure of. 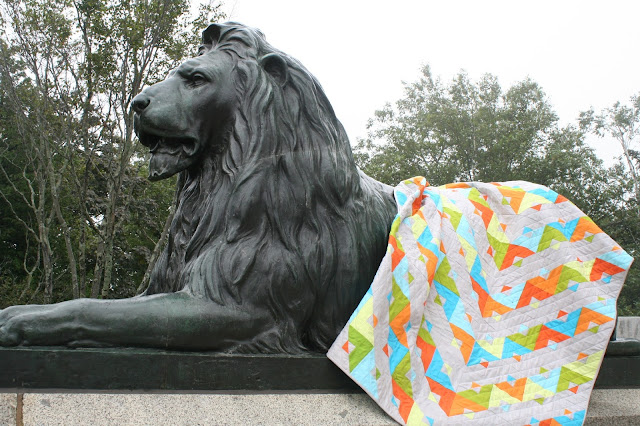 Once they were actually made, I loved the look of the blocks and the layout that the instructor helped me choose was awesome. In the end, I've made 2½ more batches of blocks. I have fabric cut for another ½ batch, but I just can't face any more of them right now! I hereby decree that 6 inch blocks are only suitable for baby or lap quilts! 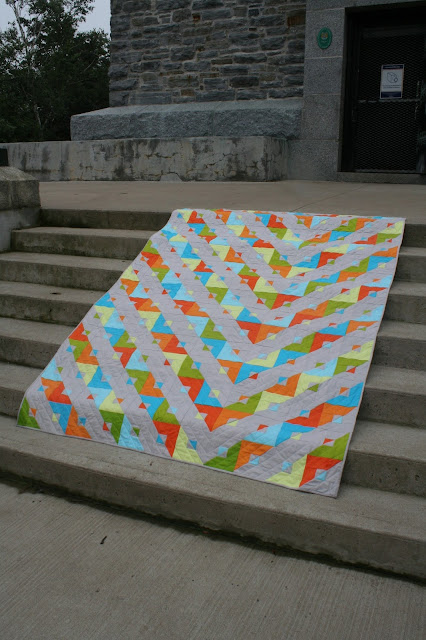 More straight line quilting on this one... I wanted to echo the asymmetrical V shape and have the individual blocks blend into each other. This quilting makes my eyes move along the bands of colour. 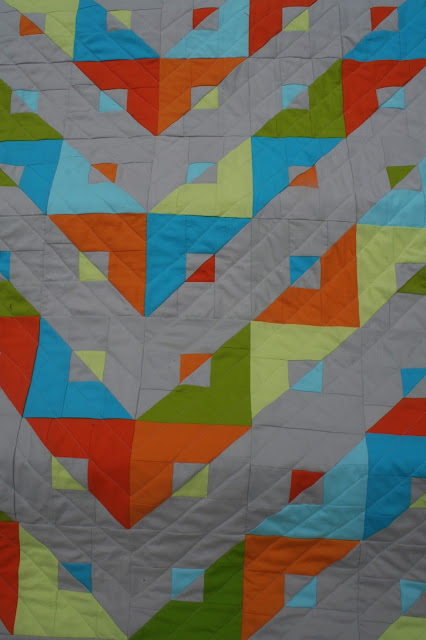 I had initially planned on using the Peacock Kona for the backing, but apparently I must have bought it all when I made Miss K's Dare! I had to settle for Robin Egg... not that it's really settling. It's a fav of mine.

I didn't want any one of the colours in the top to take priority, so I used Kona Ash as the binding. I do love that grey, but then again, I think you probably knew that! 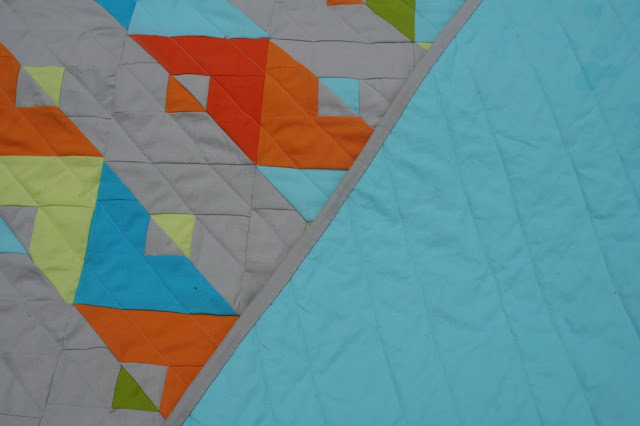 Everybody needs a quilt, right? 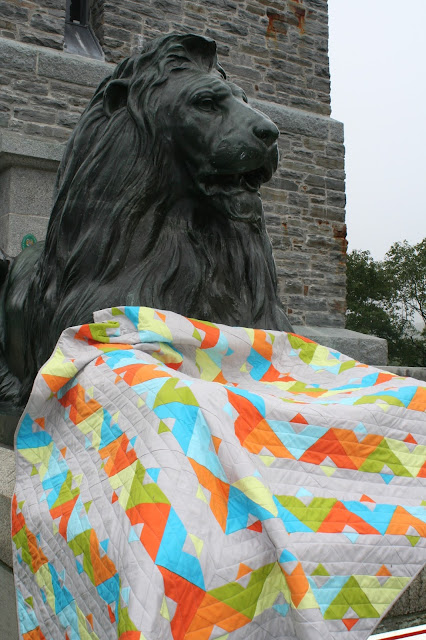 Thankfully, no fun sponges arrived to suck up my fun while doing this quilt-y photoshoot. The sign clearly says no climbing, but nothing about draping them with quilts. When I was a kid, the best part of visiting the Memorial Tower at the Dingle was climbing on those lions, similar to those at Trafalgar Square in London, only much smaller! Their bronze backs were always well polished in the summer months! 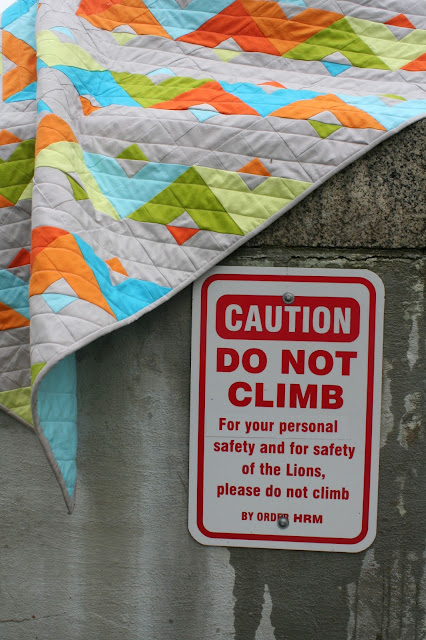 This quilt is destined for the twin bed in my studio (which doubles as a spare room when needed). It'll give it a whole new look! The quilt that's currently gracing the bed is a Thousand Pyramids quilt from way back in the day. My records say July 2002, and, yes, I do have records. I'm thinking of cutting it down to a proper twin size and sending it on to a new home.

With such a snazzy new quilt on the bed and a recent purge and re-organization, I think the place needs a new coat of paint... uh oh!

P.S. I've pretty much decided after my incident at the Samuel Cunard statue with Miss K's Dare that my goal is to drape every statue in the Halifax Regional Municipality with a quilt. They're bronze. They must get cold sometimes. No one, not even statues, deserves to be cold when there are quilters around!