Well, we're finally into the last round of the play-offs, but that doesn't mean hockey related stuff has to stop in quilty world, now does it? J-Boy's Good Old Hockey Game quilt was stalled for a little bit... mainly due to appliqué apprehension! I can't believe I haven't really worked on it since April! Even though it doesn't have to be finished until Christmas, it's my current quilt for The Library Project and I've promised myself that I won't start a new project until I've given this one some attention.

First, I tackled the pieced borders... they're definitely going to add some interest to this bold quilt.I used some of the reds and blues from the quilt top along with a lovely grey Robert Kaufman print. 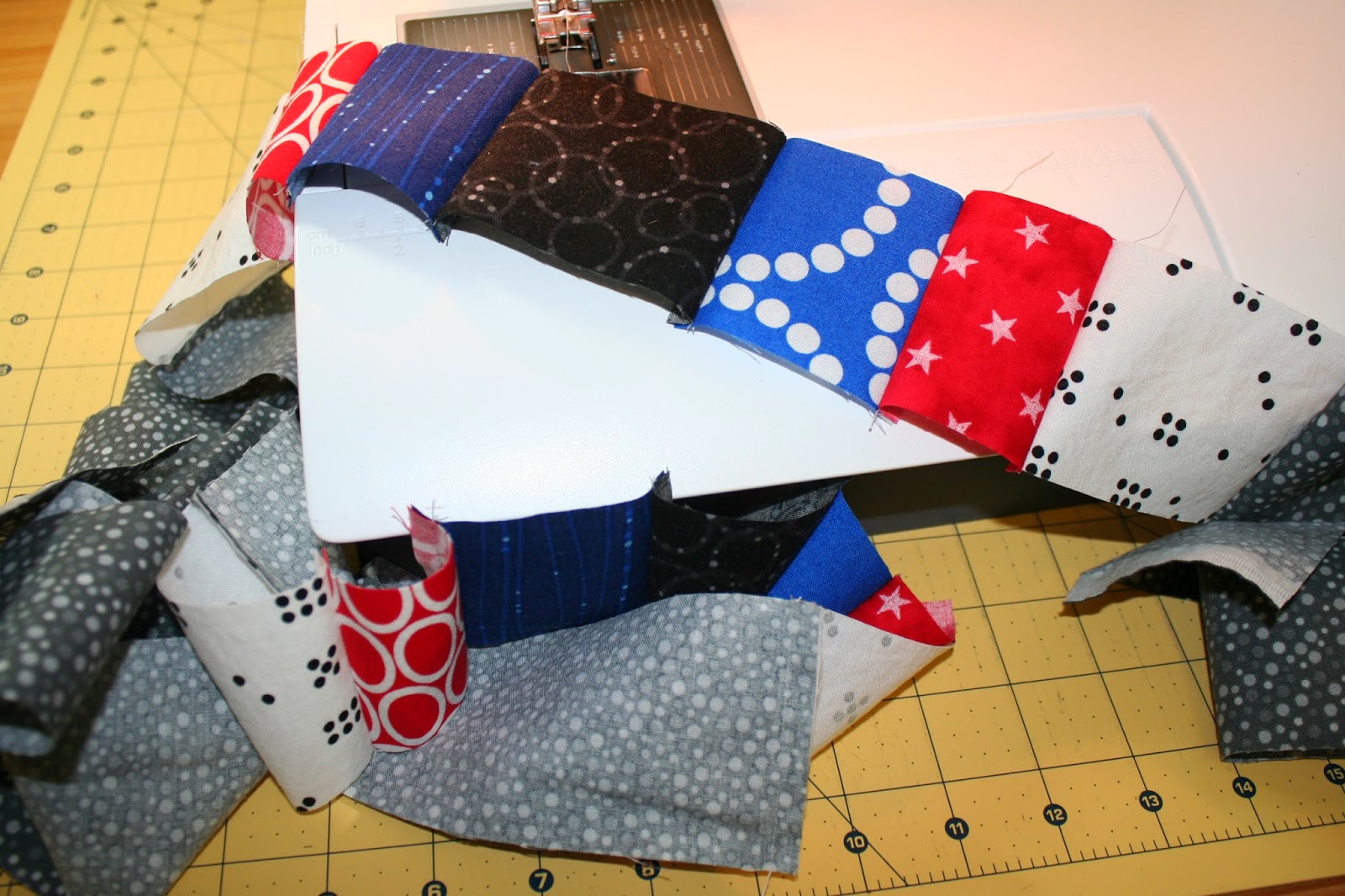 I've bitten the bullet and started the... gasp... machine appliqué. After my last block for the Pile o Fabrics SkillBuilder, I feel a little more confident with this technique.
Initially, I printed the templates from the pattern, but they didn't turn out the right size. But then I played around with my print settings for PDFs. Instead of leaving it on the Actual Size setting, I switched to Custom Scale and left it at 100%. It worked much better! 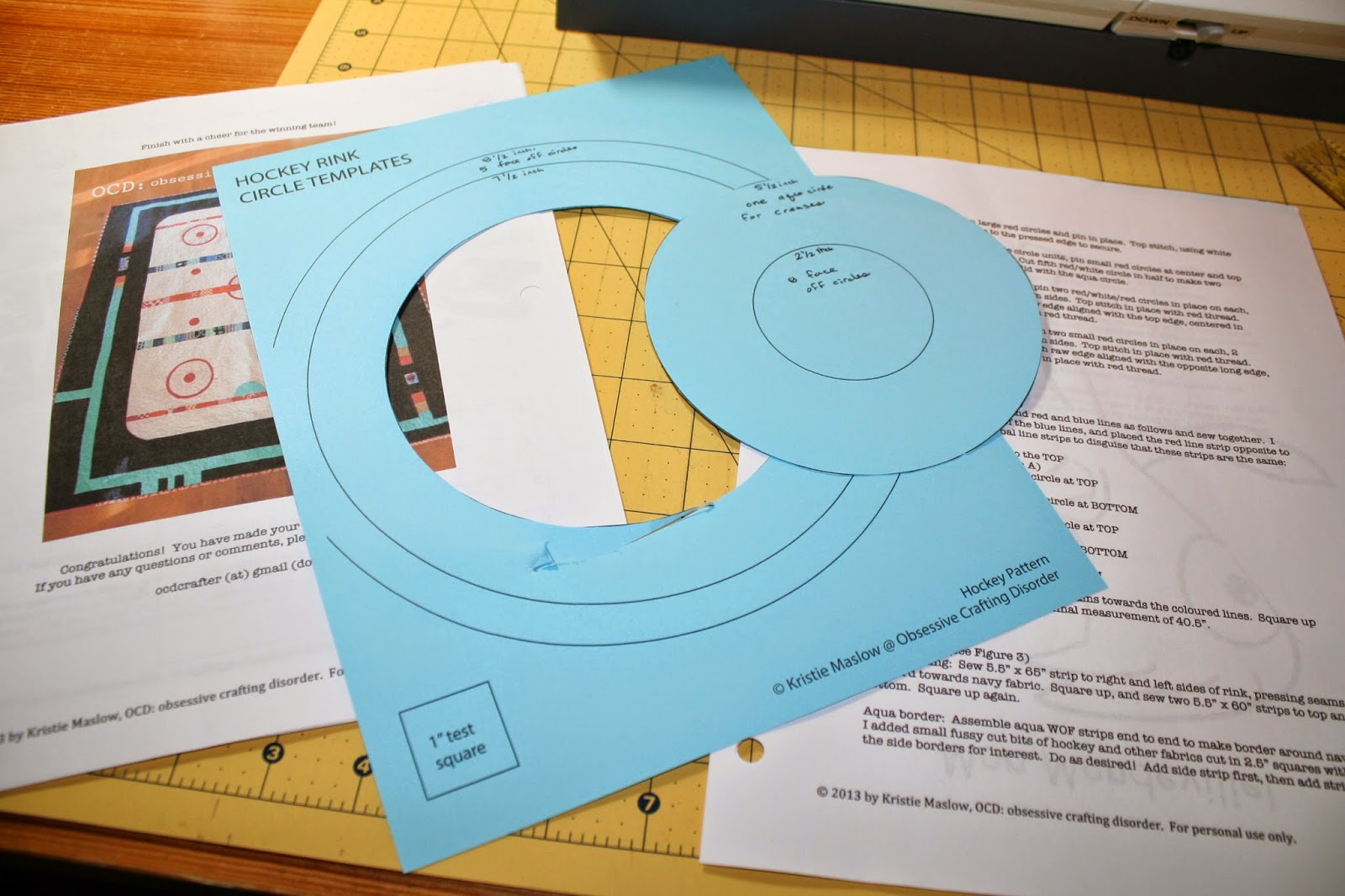 Templates are fussy things, aren't they? 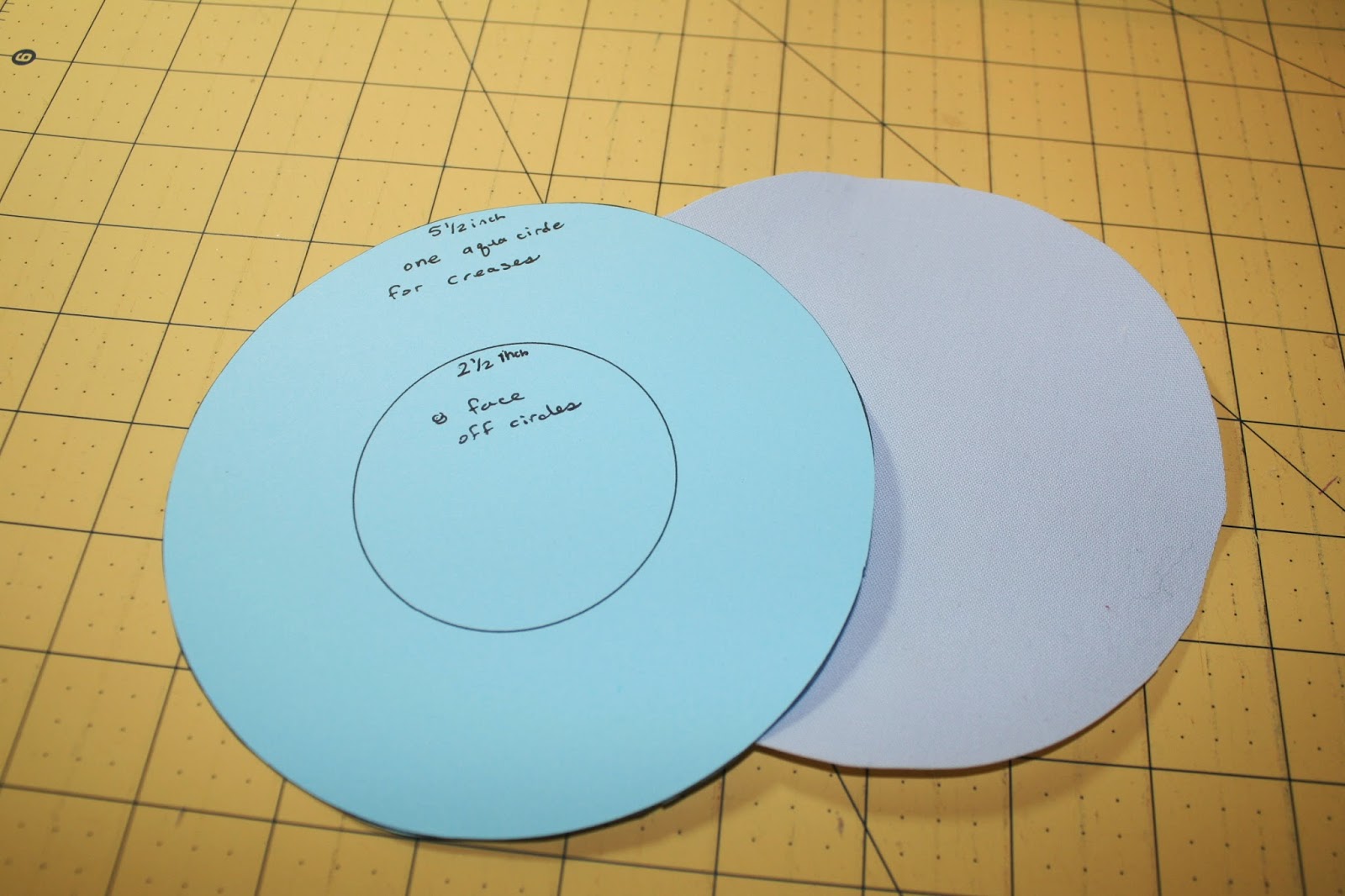 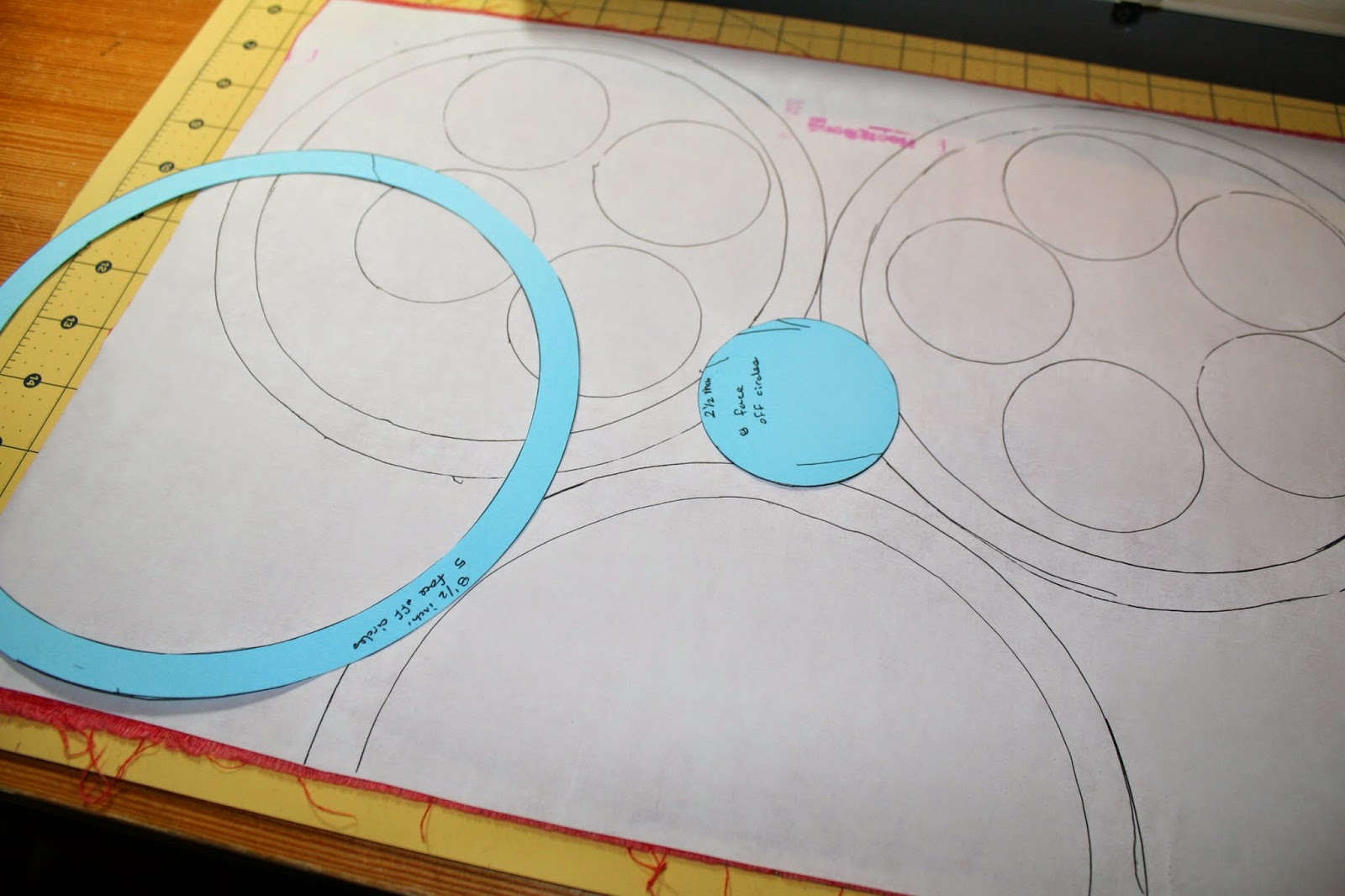 Ready for a face off! 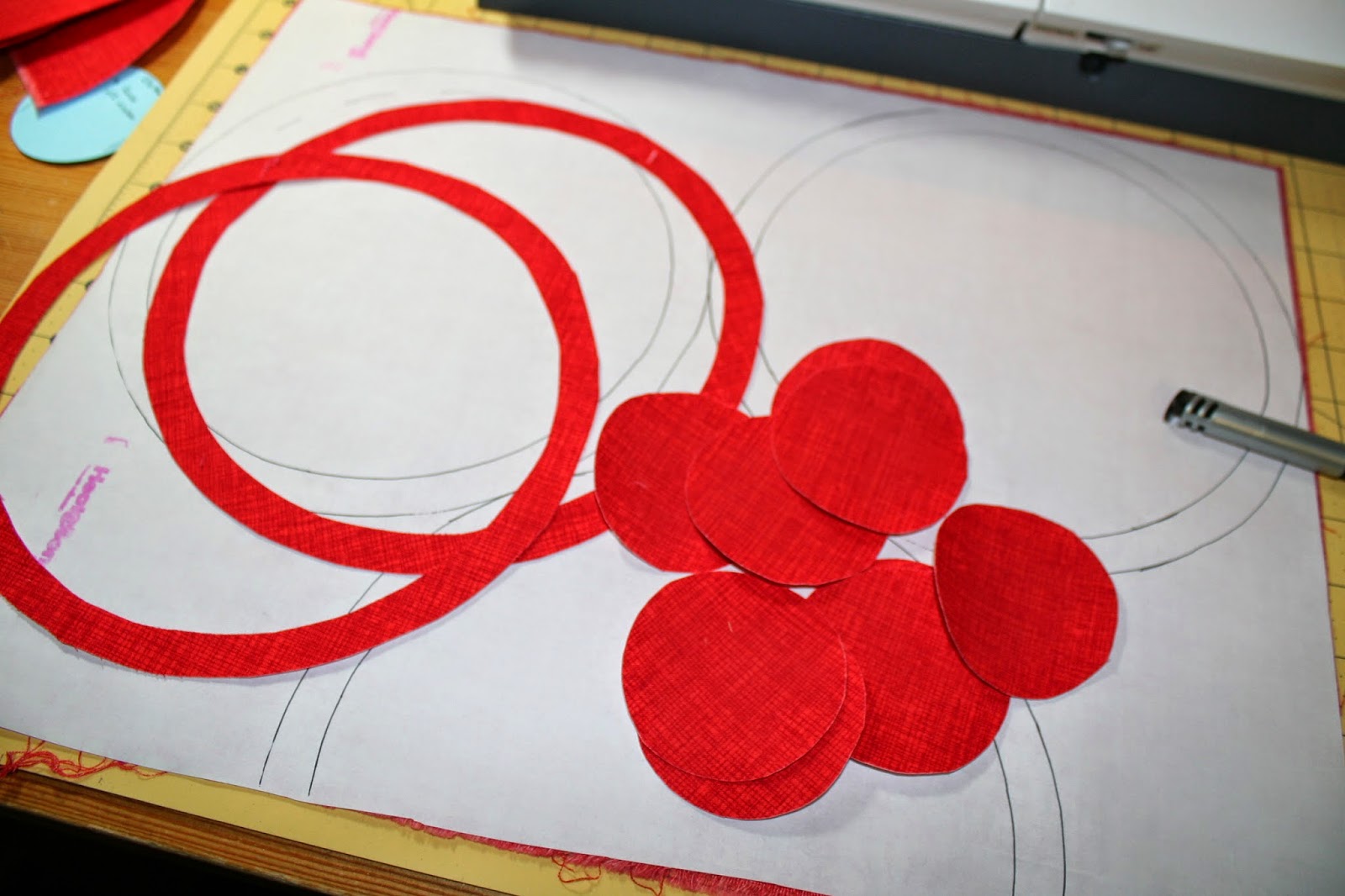 I just couldn't get the monofilament thread to co-operate. So I opted to use matching thread instead... 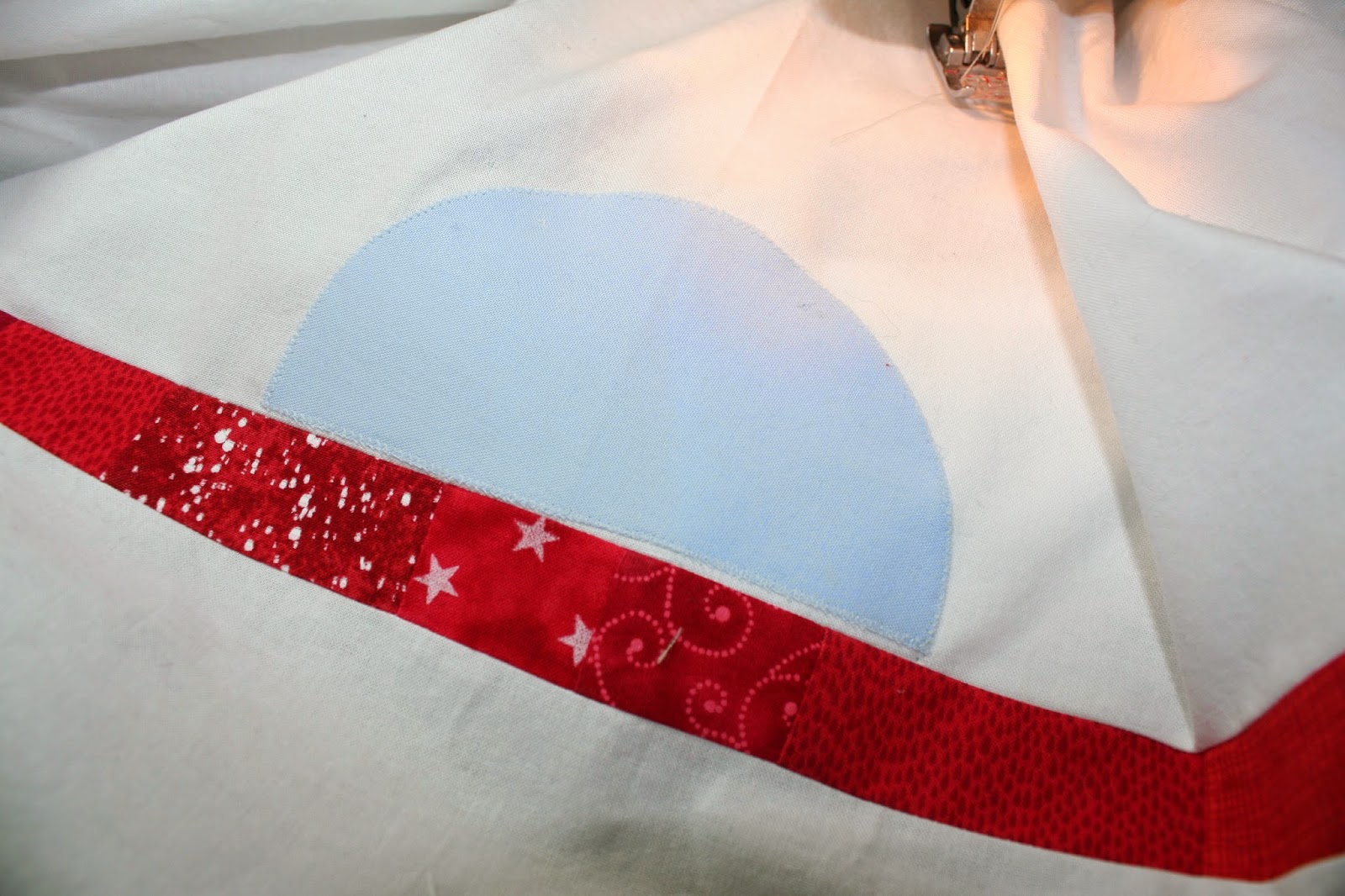 The center ice circle seemed to come off more like a center ice oval... but I think it's all going to work out in the end! 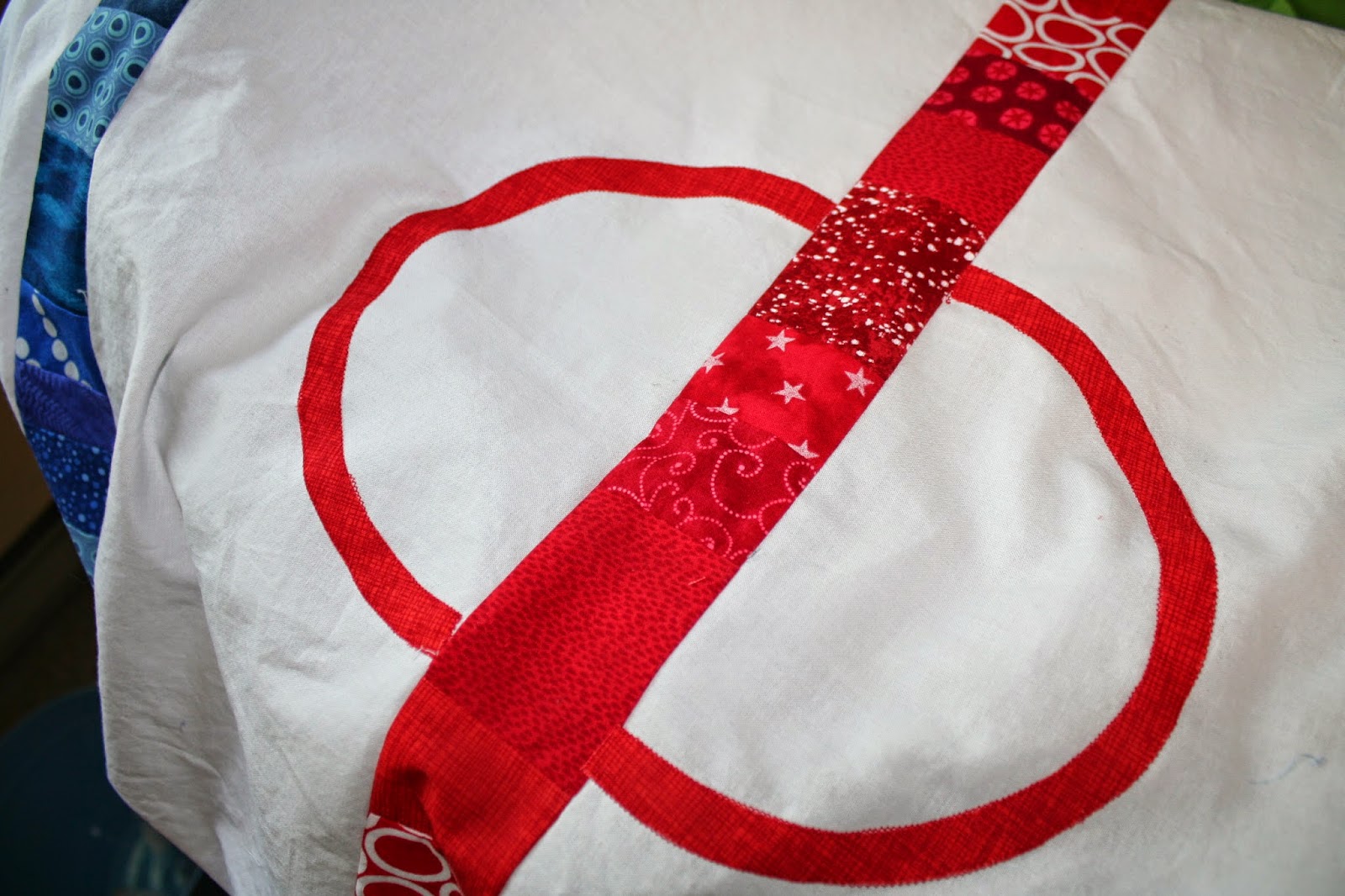 Once I've gotten these pesky report cards finished, I'll officially be on summer vacay and can devote much more time to quilty pleasures. I've planned a trip to Avonport Discount Fabrics on Monday with Q-A to motivate me to stay on track with reports. Ahhh... the power of positive reinforcement!

I'm linking up with WIP Wednesday at Freshly Pieced and the Needle and Thread Network.

PS. It's also Week 2 of the New Quilt Blogger Blog Hop. I'm not up for a while yet, but hop on over and check out some other new bloggers. I guarantee they'll be happy to have a visit from you! And there's a fabric giveaway!