Getting back on track!

I pleased to say that I'm feeling a lot better lately and that my urge to sew has returned. What a relief! Now that I'm pretty up to date on my Bee blocks, it's time for my other time sensitive project - Pile O Fabrics Skillbuilder 2014 BOM.

This month's offering is actually 2 blocks - sneaky, sneaky! And both of them include techniques that make my stomach do flip flops... and not in a good way. First up, the very scary Scrap Jar. Check out this momentous pic. Amazing, huh? 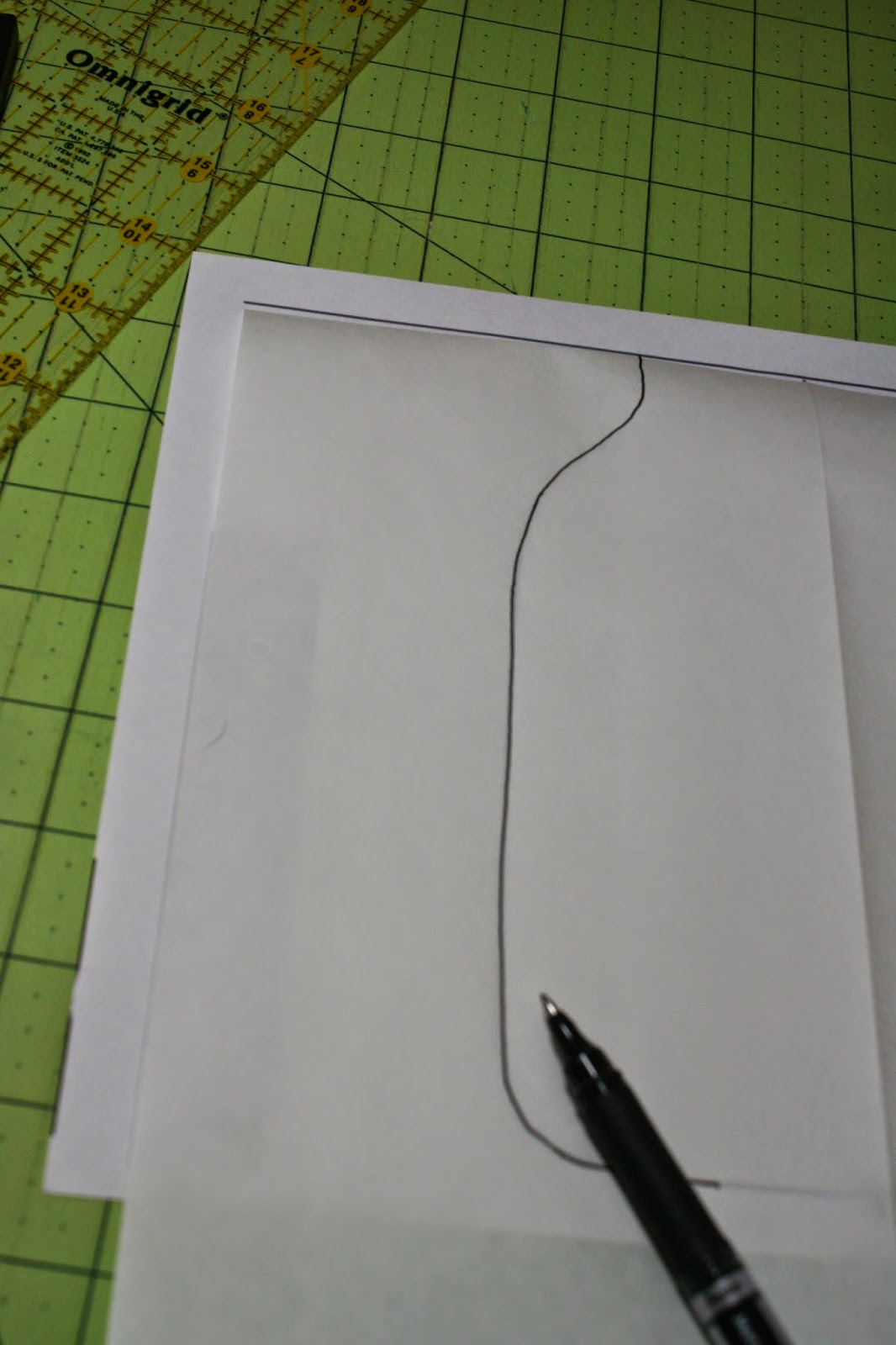 Yup, that's me using freezer paper for the very first time. I know, I know, how can I have been quilting for (gulp) sixteen years and never have used freezer paper. Appliqué-phobia, people. That's how. But it really was easy. It stabilized the fabric nicely and allowed me to create some nice crisp lines. 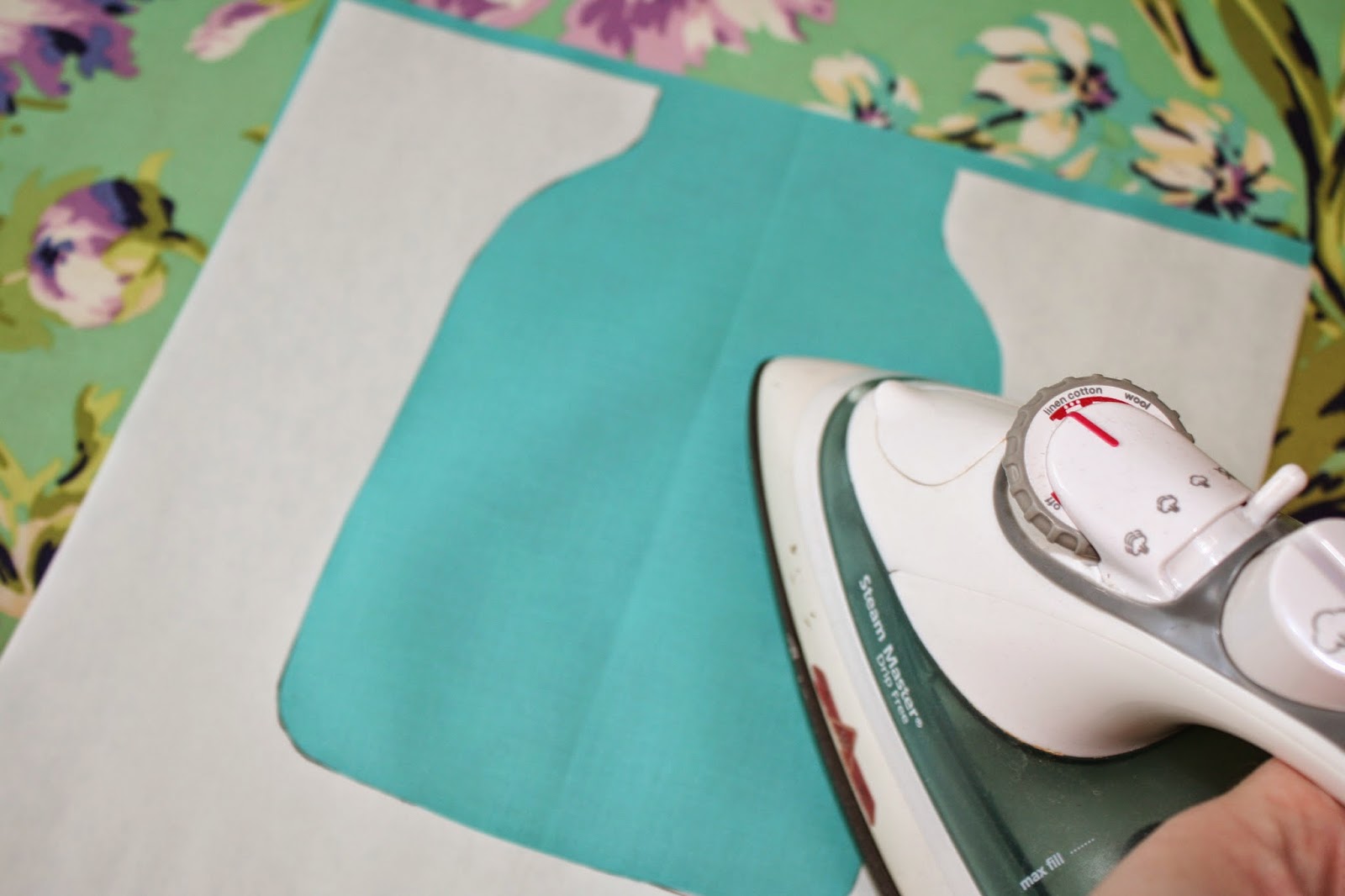 Once the jar portion was prepared for a wacky technique called Piece-lique, I got to the fun bit (at least for me) - improv piecing the scraps for inside the jar. Each seam was meant to be pressed open... I cheated a little and finger pressed those bad boys. Don't rat me out! 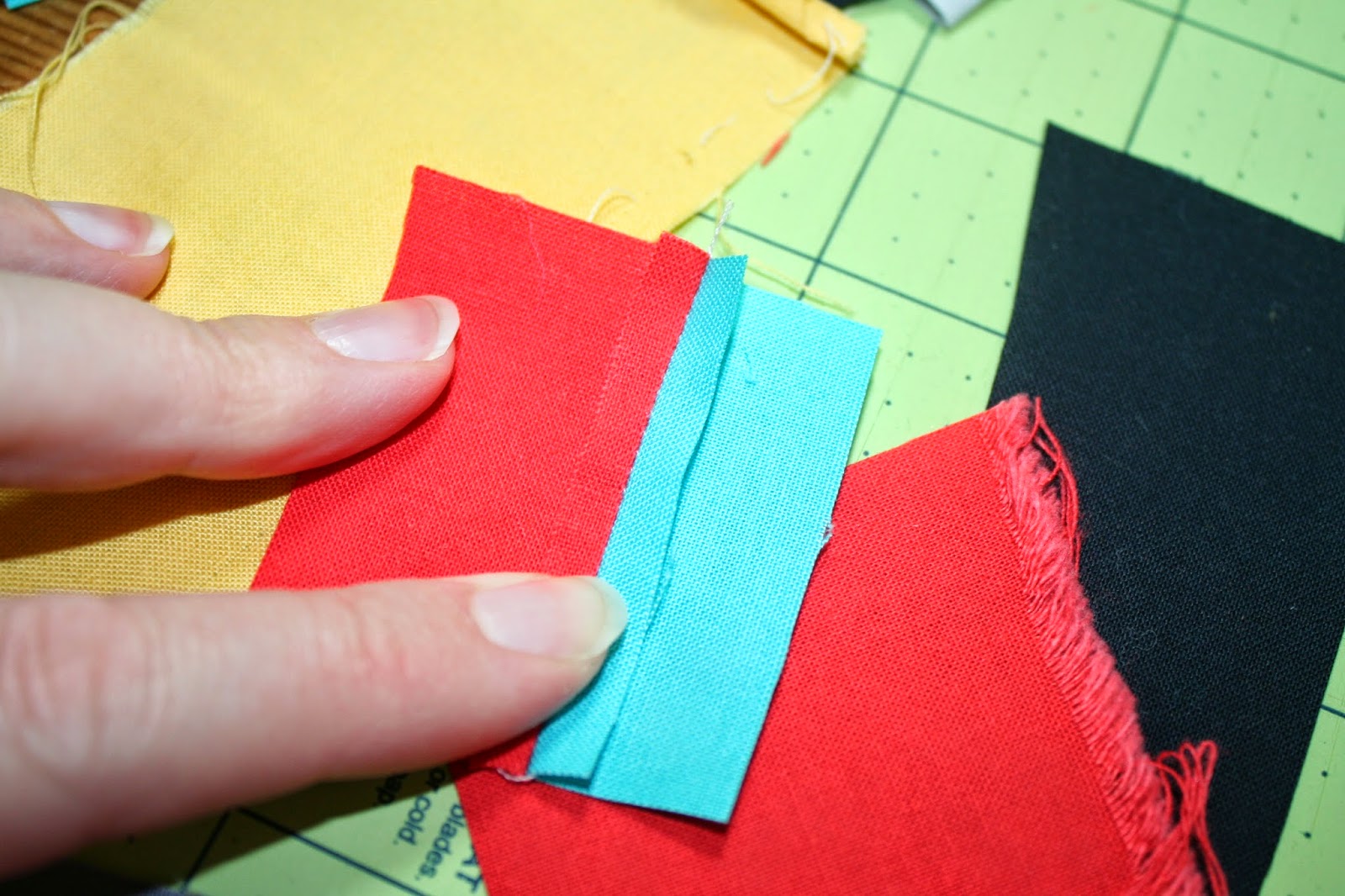 I wanted a jar with lots of little scraps, which meant piecing itty bitty Kona bits together... over and over.  To give you an idea of my madness, the largest scrap was 2½ by 1 inch finished! Partway through I wondered if maybe larger scraps wouldn't have been just as good! ☺ 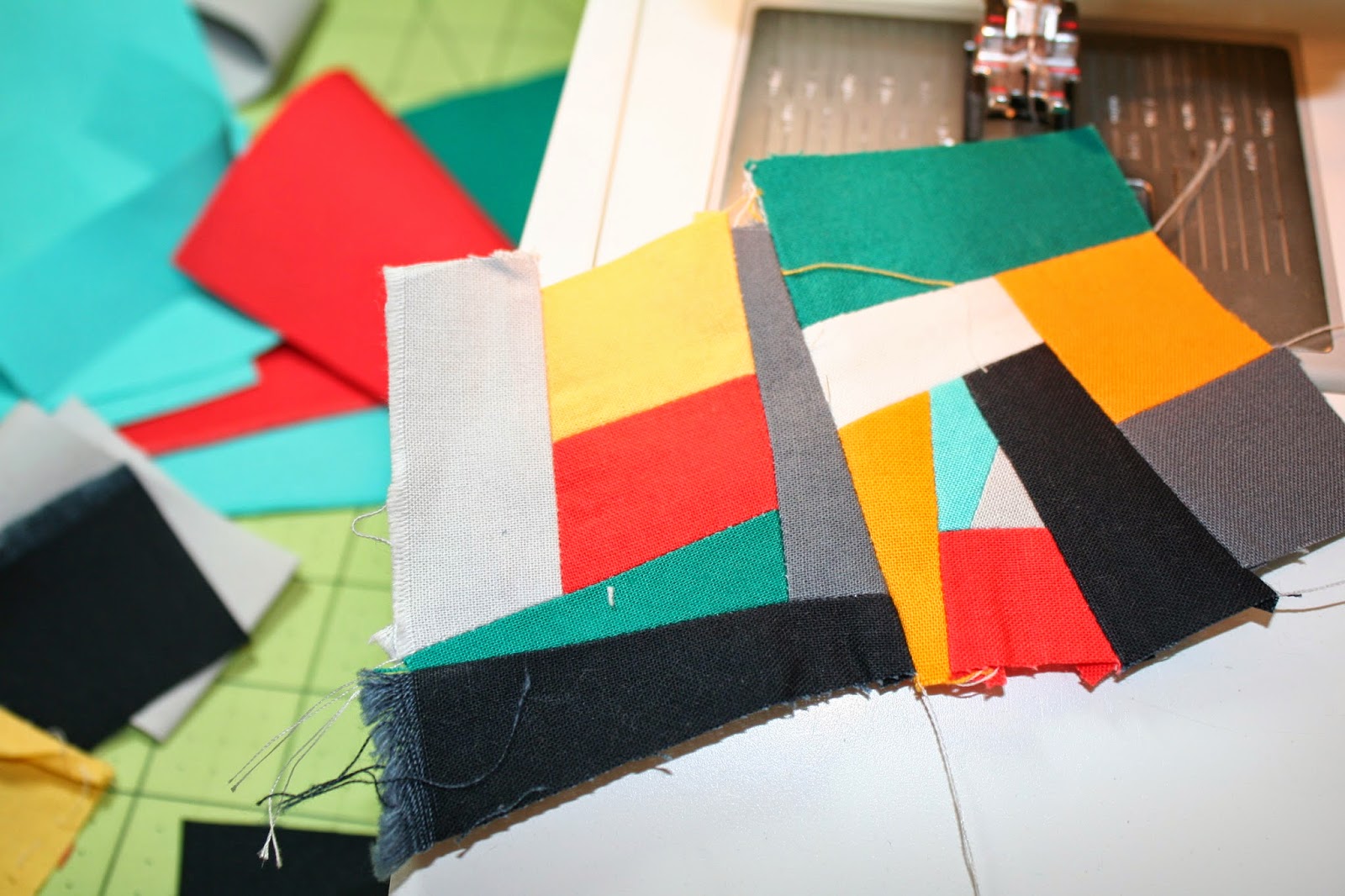 Then came the scariest part, sewing the improv scraps into the jar. It went very smoothly, even when I realized that I didn't have the Elmer's glue I needed to glue baste it together. Update: I did have the glue, it was just hiding the back of my overly-full notions drawer. 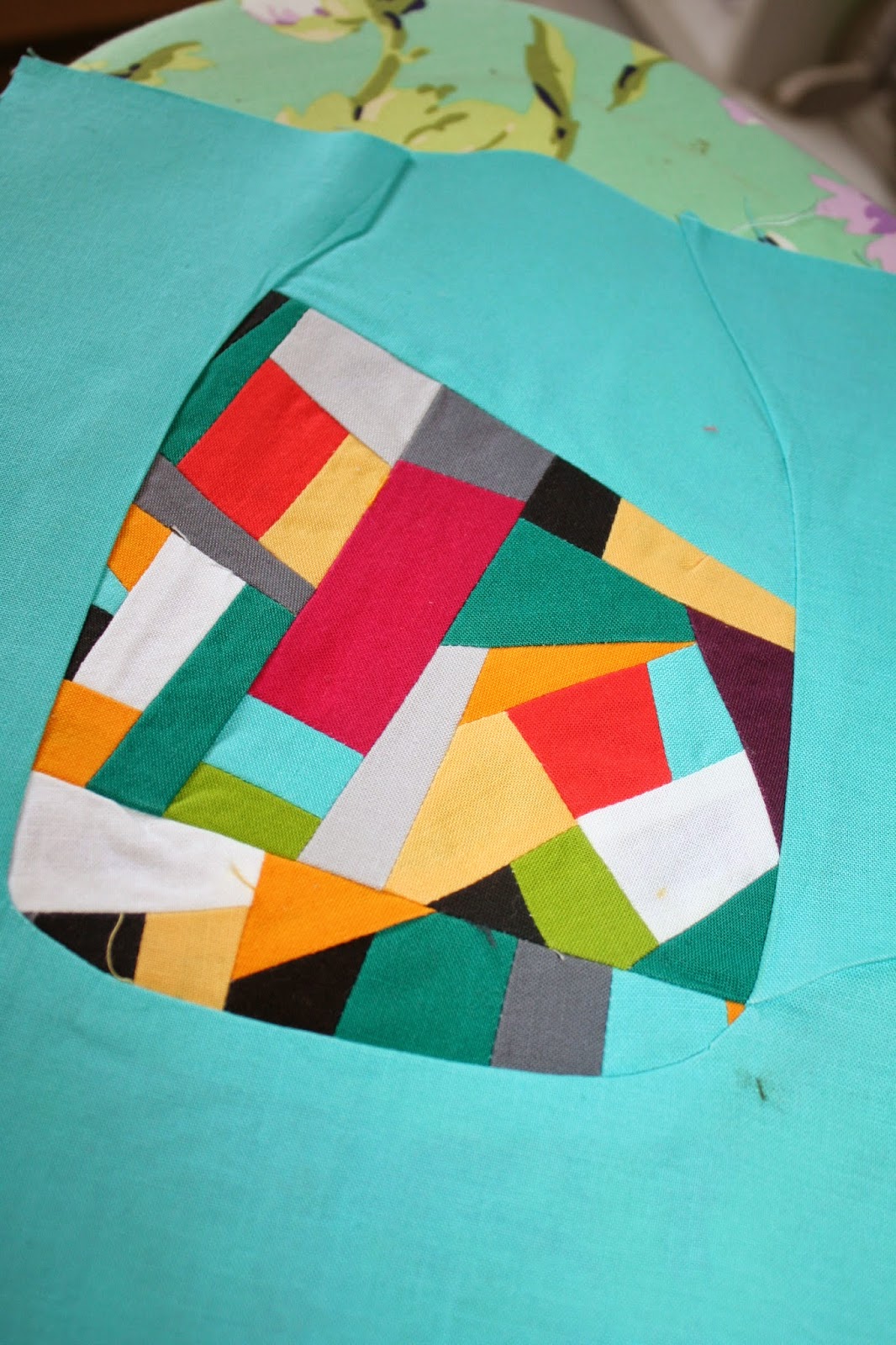 Add the lid to the jar and voilà! I probably should have used a slightly darker shade of the Kona Capri to make the jar look partially empty and re-sewn the corner with the little pucker, but all in all, a fine first attempt at a technique that scared me more than a little. 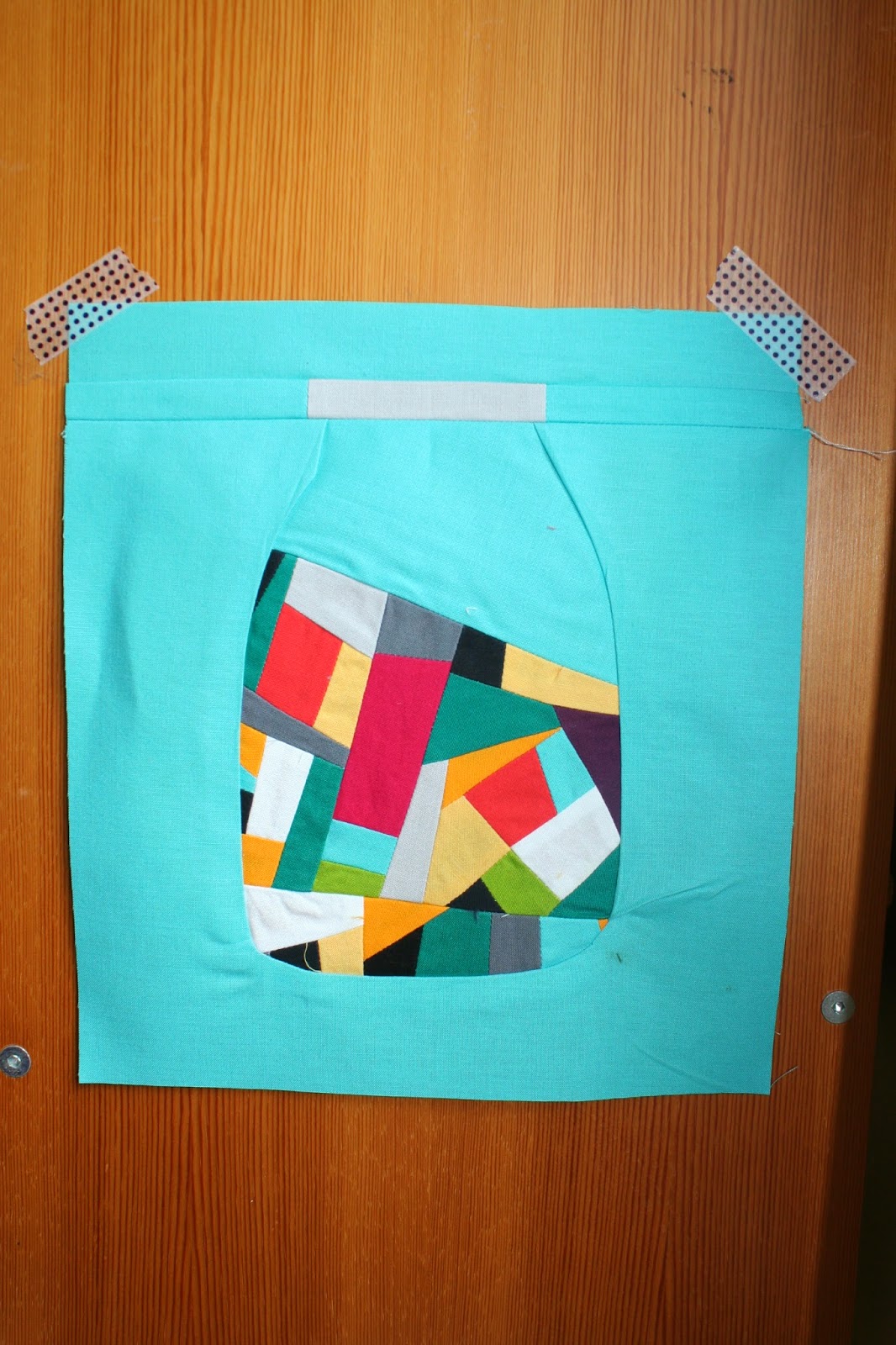 The construction portion of the Pin Cushion block went smoothly, though I did sub in Heat and Bond Light for the product recommended in the lesson. Sometimes it's just too tricky to get particular stabilizers and fusible webs around here. 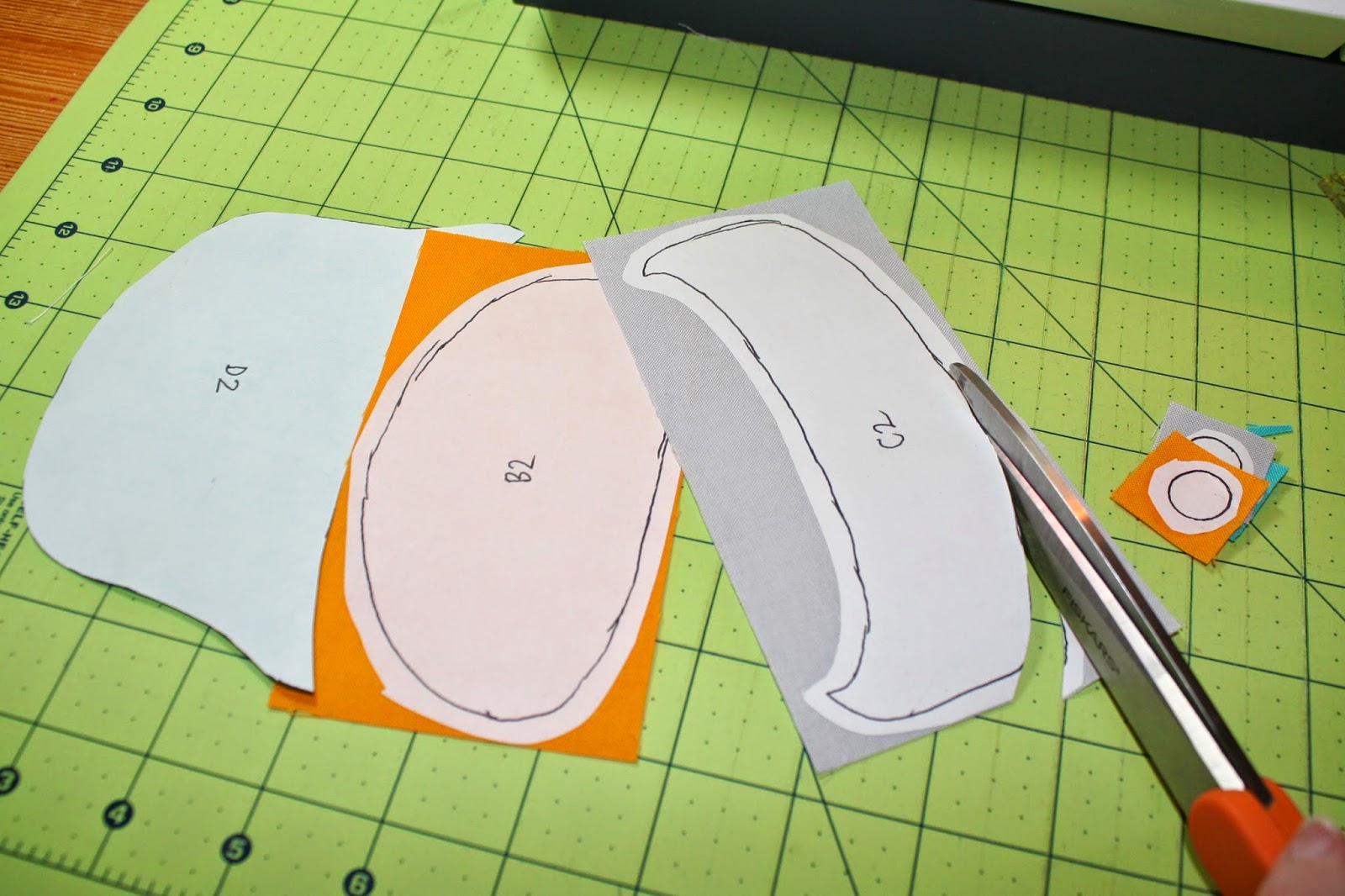 Fusing the bits in place... I've realized that my beloved Frixion pens are not without fault. They seem to have left some ghostly lines on this Coral Kona. I'm hoping they'll fade/wash out/get the living daylights quilted out of them. 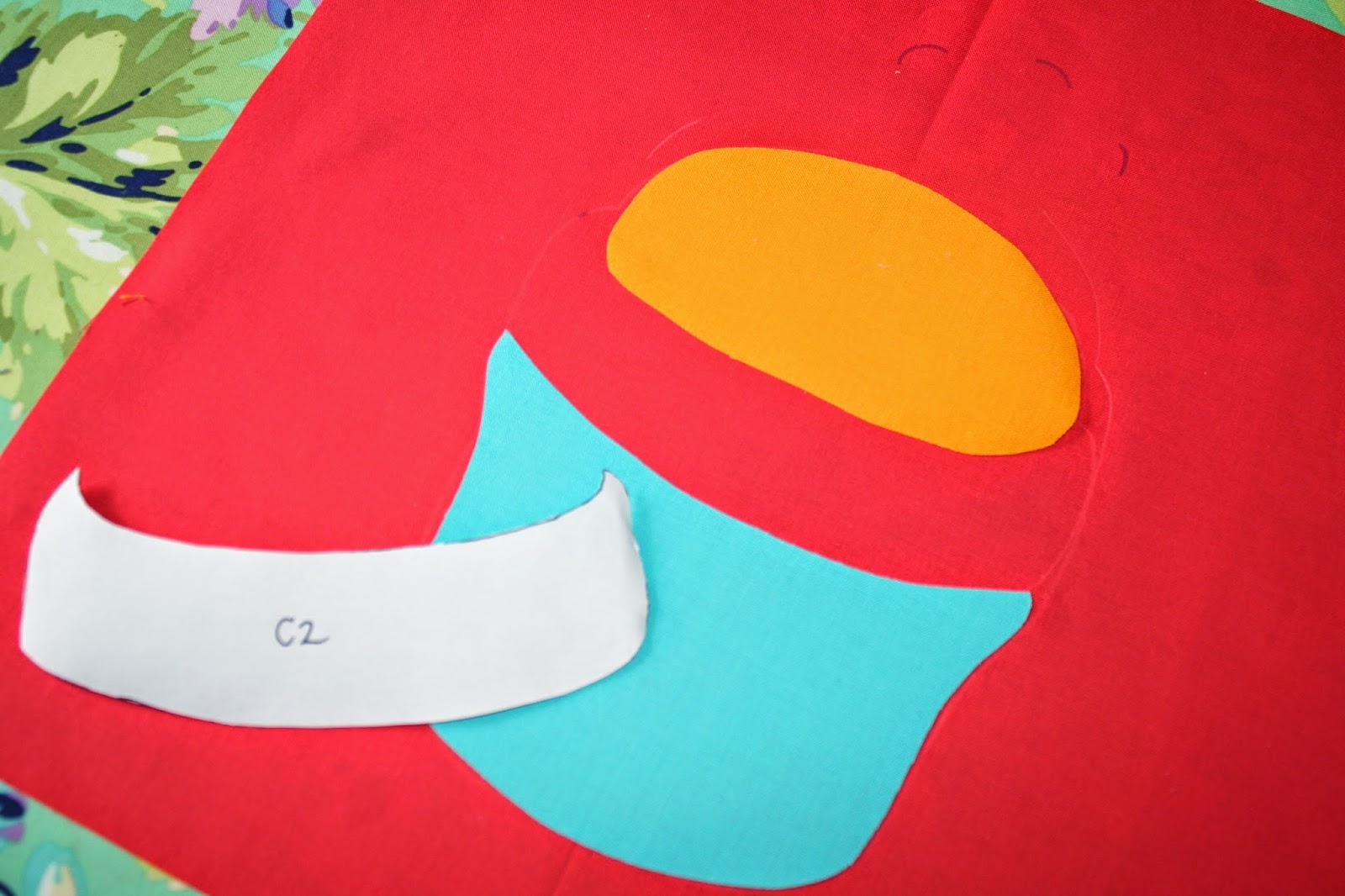 Next up, machine appliqué. Yup. The bane of my existence. The technique that has stalled many a project in this studio. I went and got a snack and a drink before watching the instructional video. Delaying tactics. 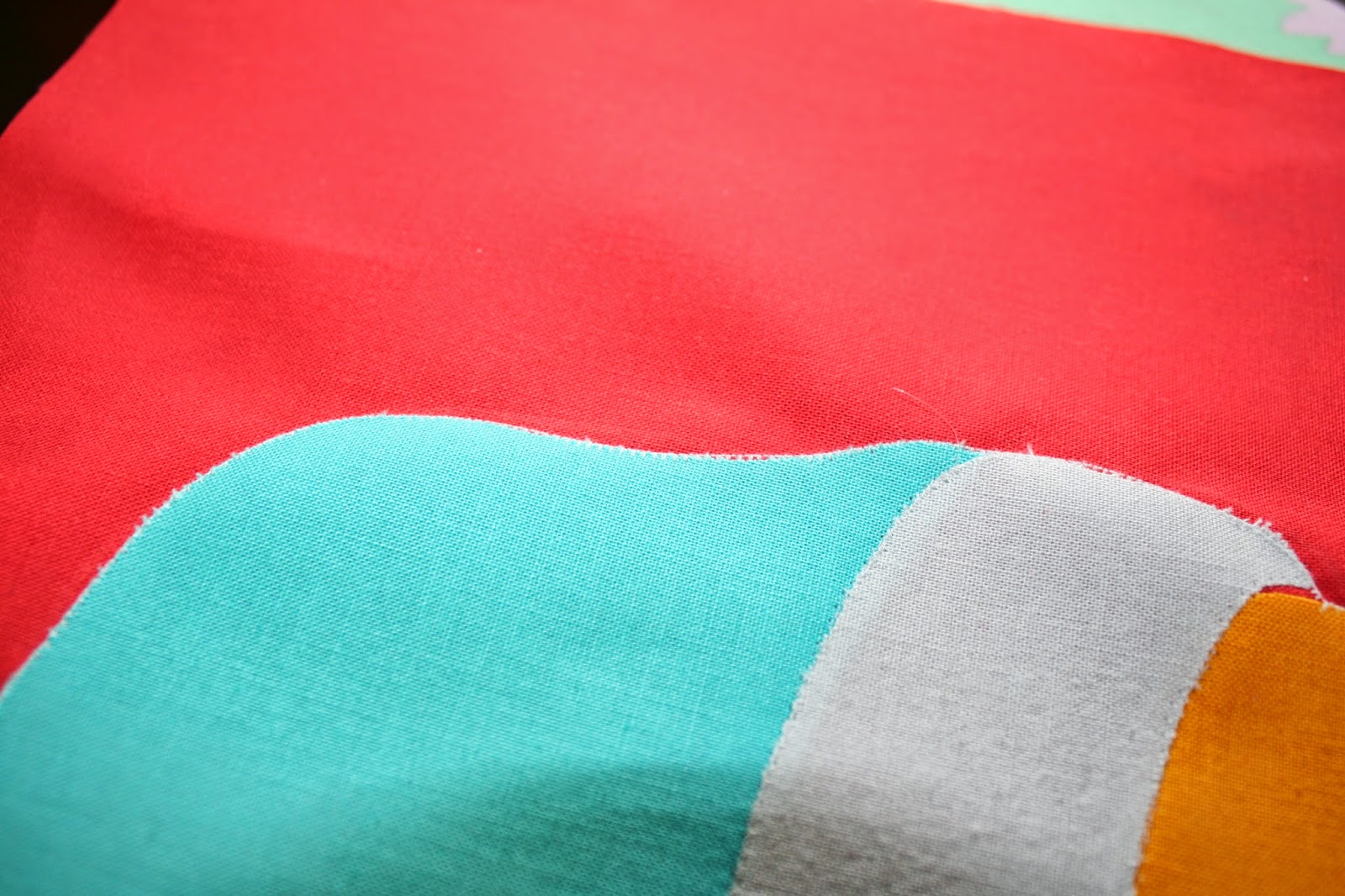 Once again, the anticipation was worse than the reality. I followed the instructions closely - using monofilament thread, crazily small zigzag stitches (smaller than I've ever attempted before), and even switching to a 70/100 needle with a smaller eye. And it worked! I'm not sure if I caught every millimetre of the pieces, but it's certainly the most successful foray I've ever had into machine appliqué! There's hope for my Good Old Hockey Game quilt afterall! 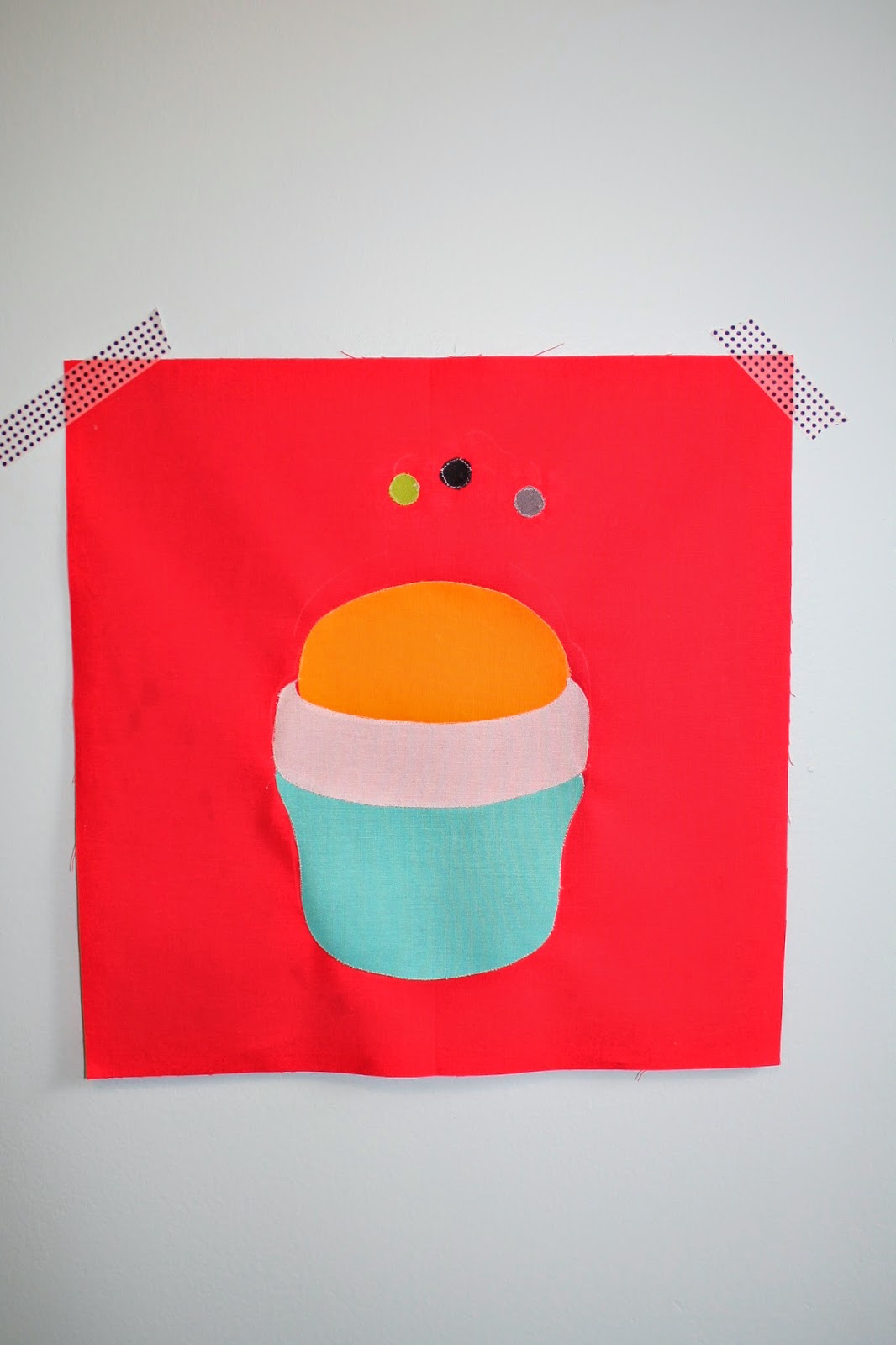 All that remains is to embroider (by hand) the straight pins... that sounds like a job for in front of this week's episode of Call the Midwife!


With today's efforts, I've now got all the blocks to date pieced. The quilting - that's another matter. Maybe next week-end! Three cheers for getting back to sewing! If you're on a hiatus, for whatever reason, I hope can get back to it soon. Sewing = Happy!