What happens when Angie of Gnome Angel and Kristy of Quiet Play decide to hook up for a BOM? A Quarter Inch of Quirk and Release the Kraken! That's what!
I'll forgive them for poaching part of my blog name... this time! Even though I was more than a little gun shy after the BOM gong show that was Technicolor Galaxy, I just couldn't resist this one. And I dragged the new MMQG Social Media Coordinator into the madness along with me. It's always nice to have a buddy on these adventures!

There are going to be a more than a few colouring sessions with this paper piecing. This was one complicated block! 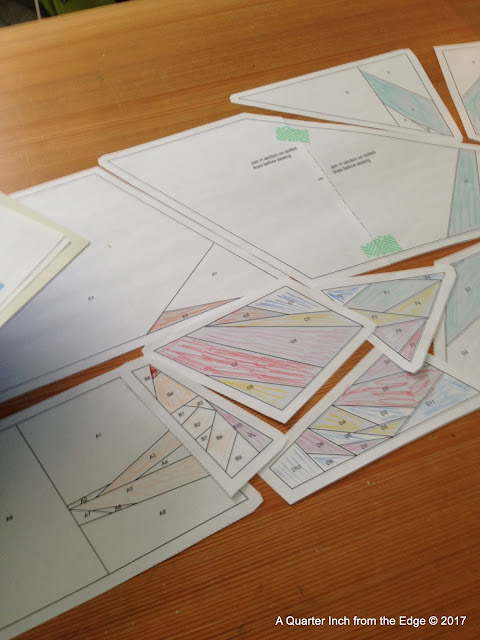 I procrastinated on choosing the background colour... 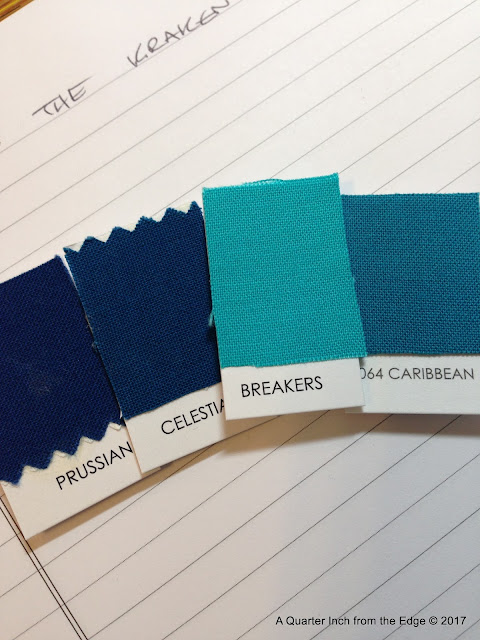 Thank goodness for my trusty Kona swatches. The original calls for Prussian. After seeing all the variation that came out of Technicolor Galaxy when other quilters went their own way, I just didn't want to follow the pattern. I thought Celestial would be cool, but it was just too close to Prussian. And Social Media Goddess is using Caribbean. Breakers it is!

For my mermaids, I decided to go with hair colours similar to DT - a ginger and a blond! 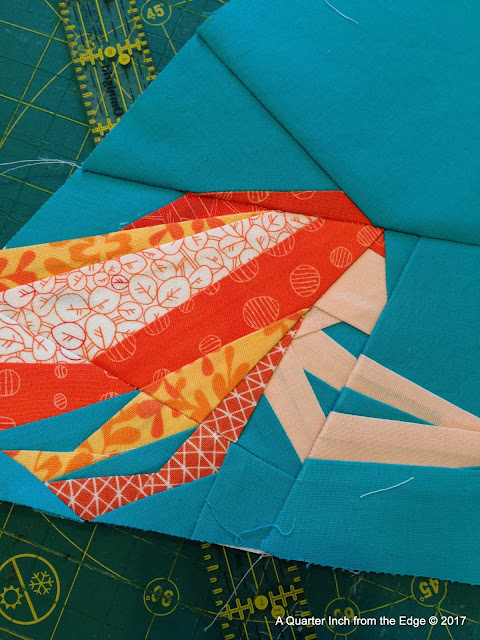 For the tail, I grabbed some Michael Miller Mirror Ball Dot I had hanging out in the scrap bin. Love this stuff. Sort of wish I had snagged more of it. It turned out even better than I thought it would! 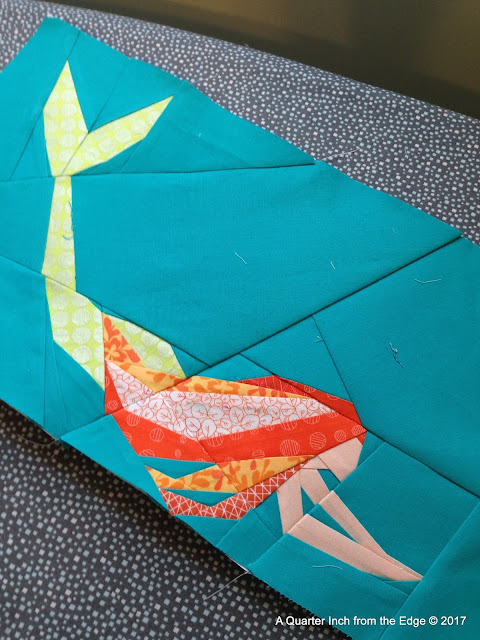 I'm saving each and every wee scrap from my paper piecing. Using the same fabric in other parts of the quilt will give it some more unity. My plan is to use some of those favourite scraps I've been hoarding. It'll make this quilt even more special. 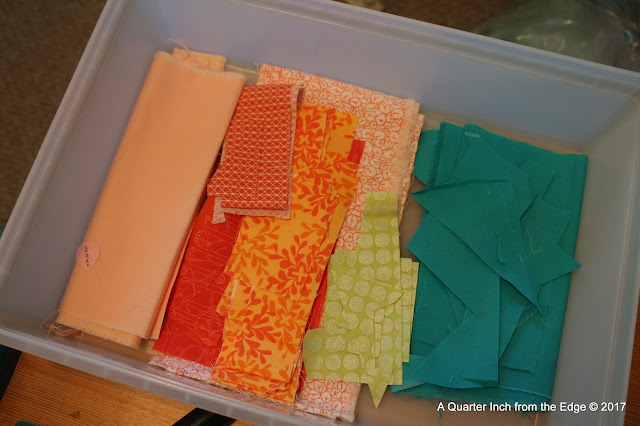 And because I'm now officially a Kraken Addict, I had to make the second mermaid the next day! I might even like this one better. And I'm considering adding a third to the menagerie. 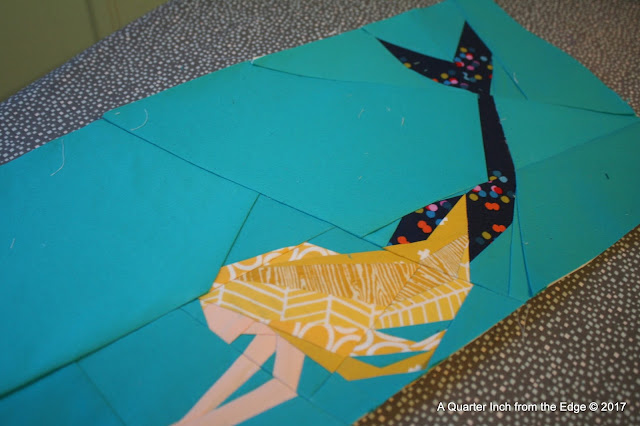 Isn't it amazing what some well placed cutting can do? There really aren't that many dots on that print! 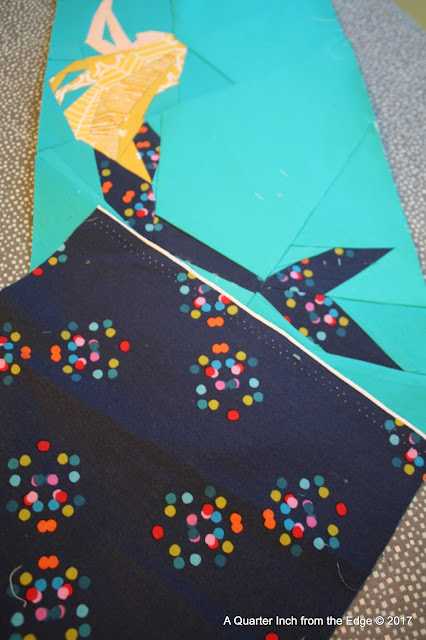 I can hardly wait for March 1st when the next block rolls out. Guess I'll just have to be patient!

I'm linking up today with Let's Bee Social @ Sew Fresh Quilts. Pop on over and see what others are up to this week!

Email ThisBlogThis!Share to TwitterShare to FacebookShare to Pinterest
Labels: mermaids, Release the Kraken