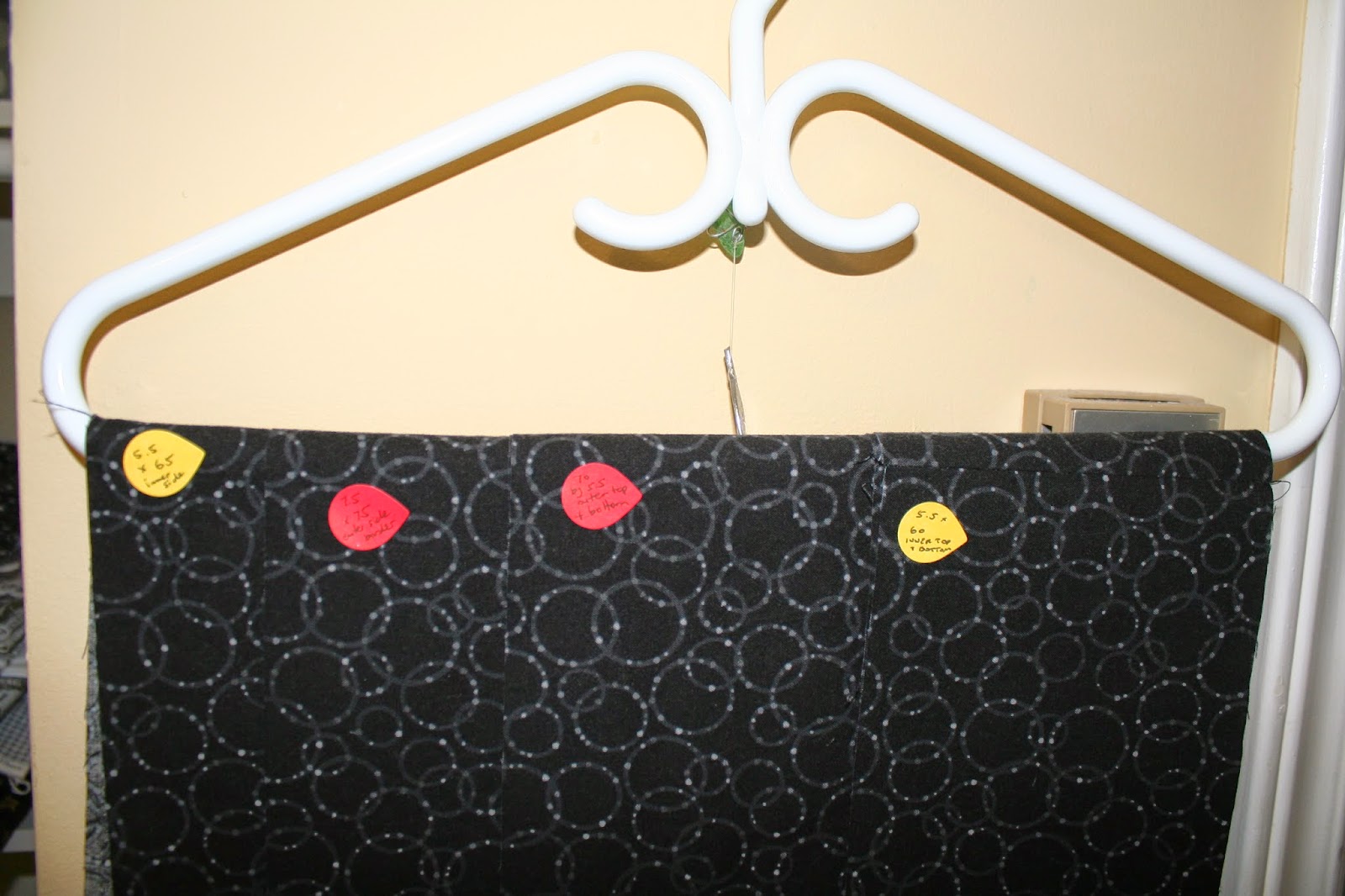 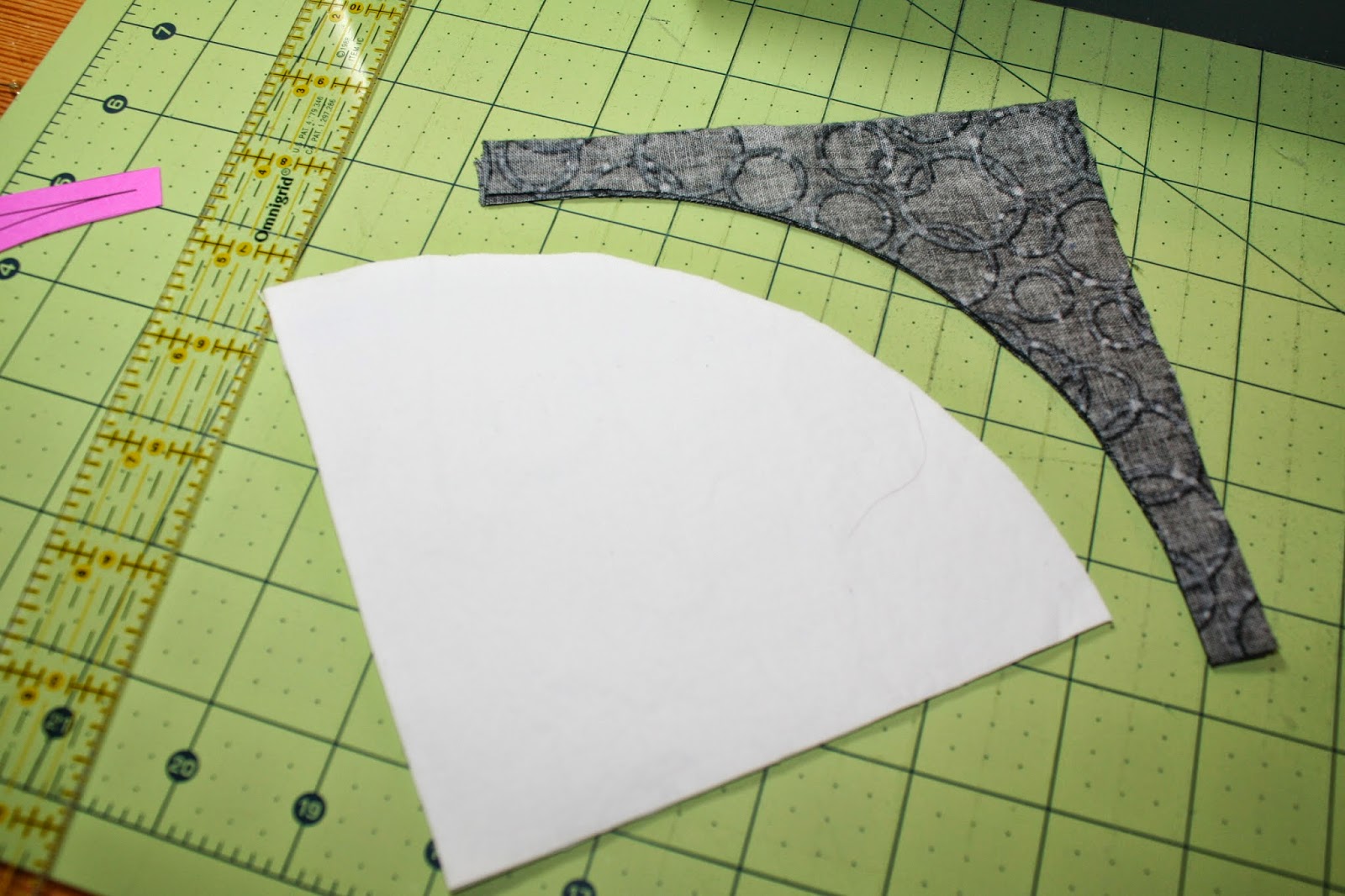 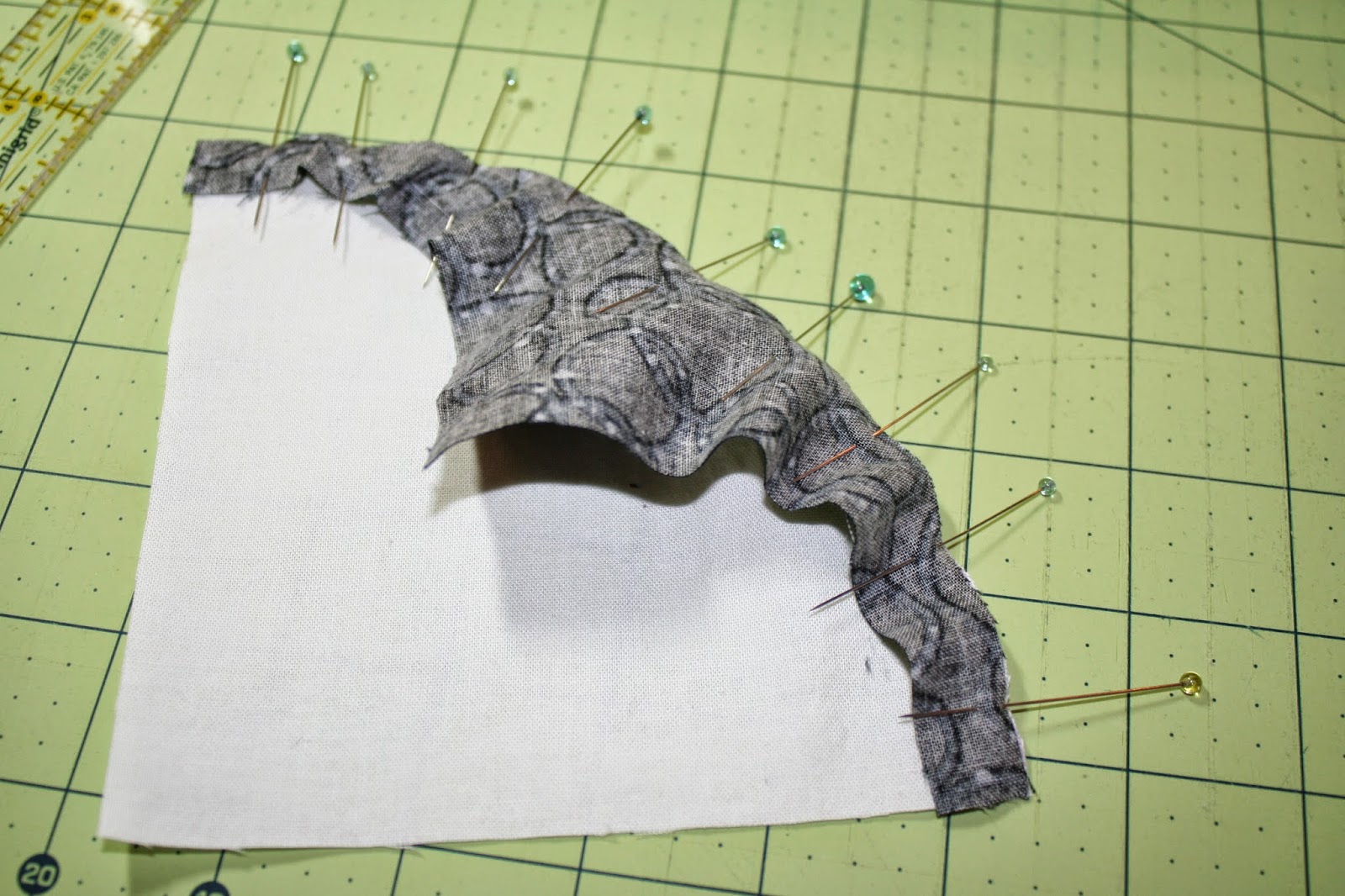 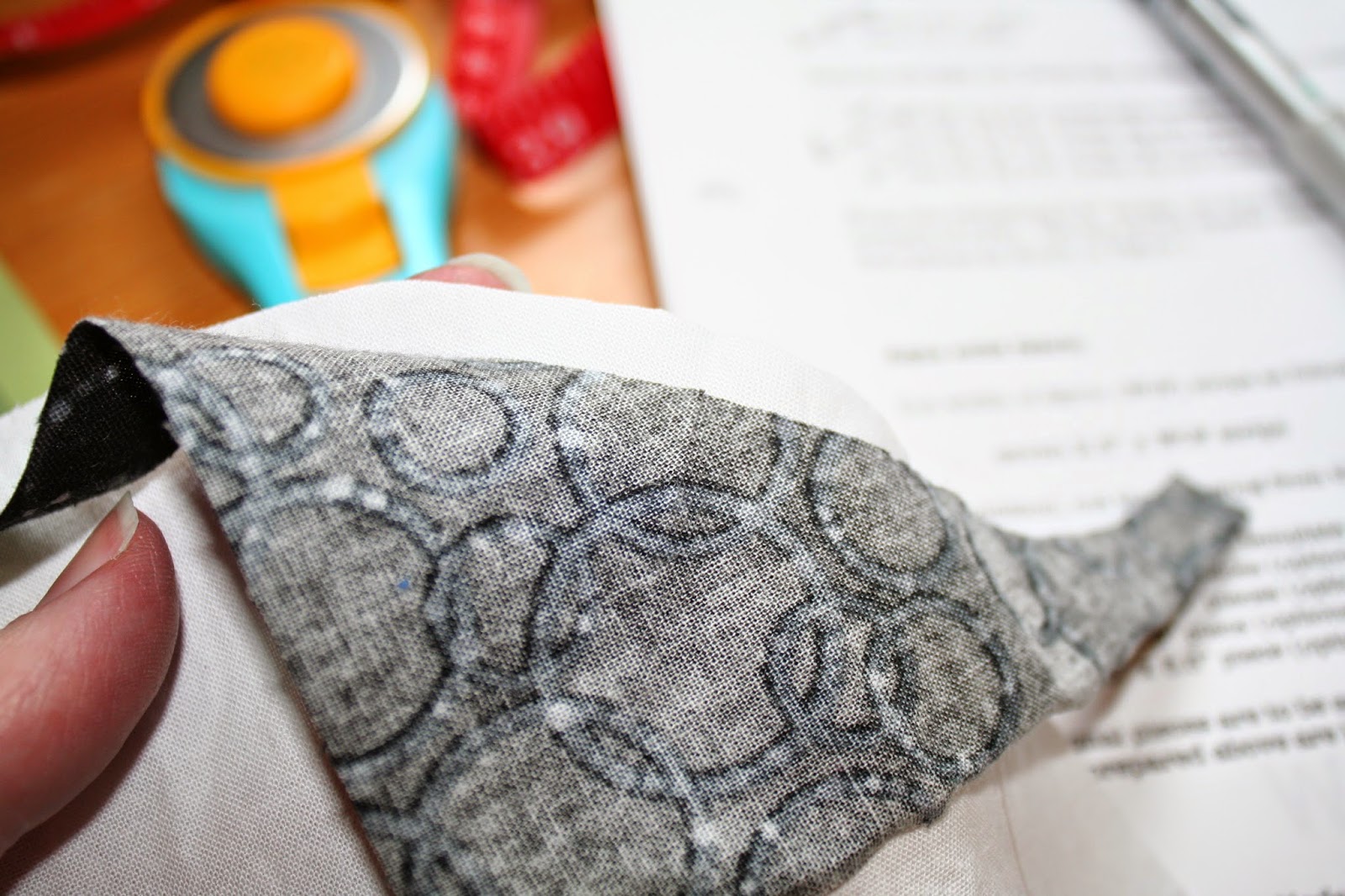 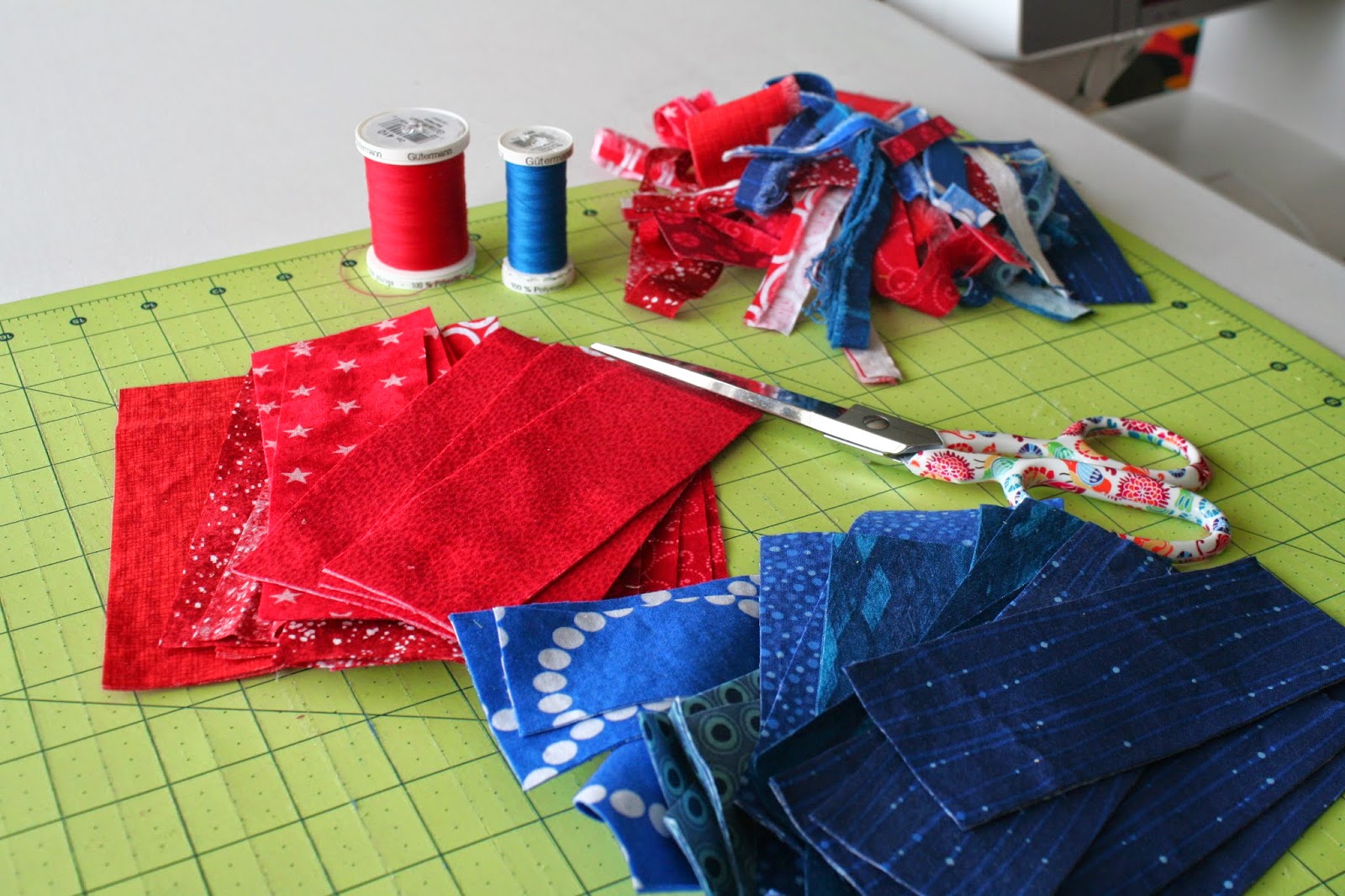 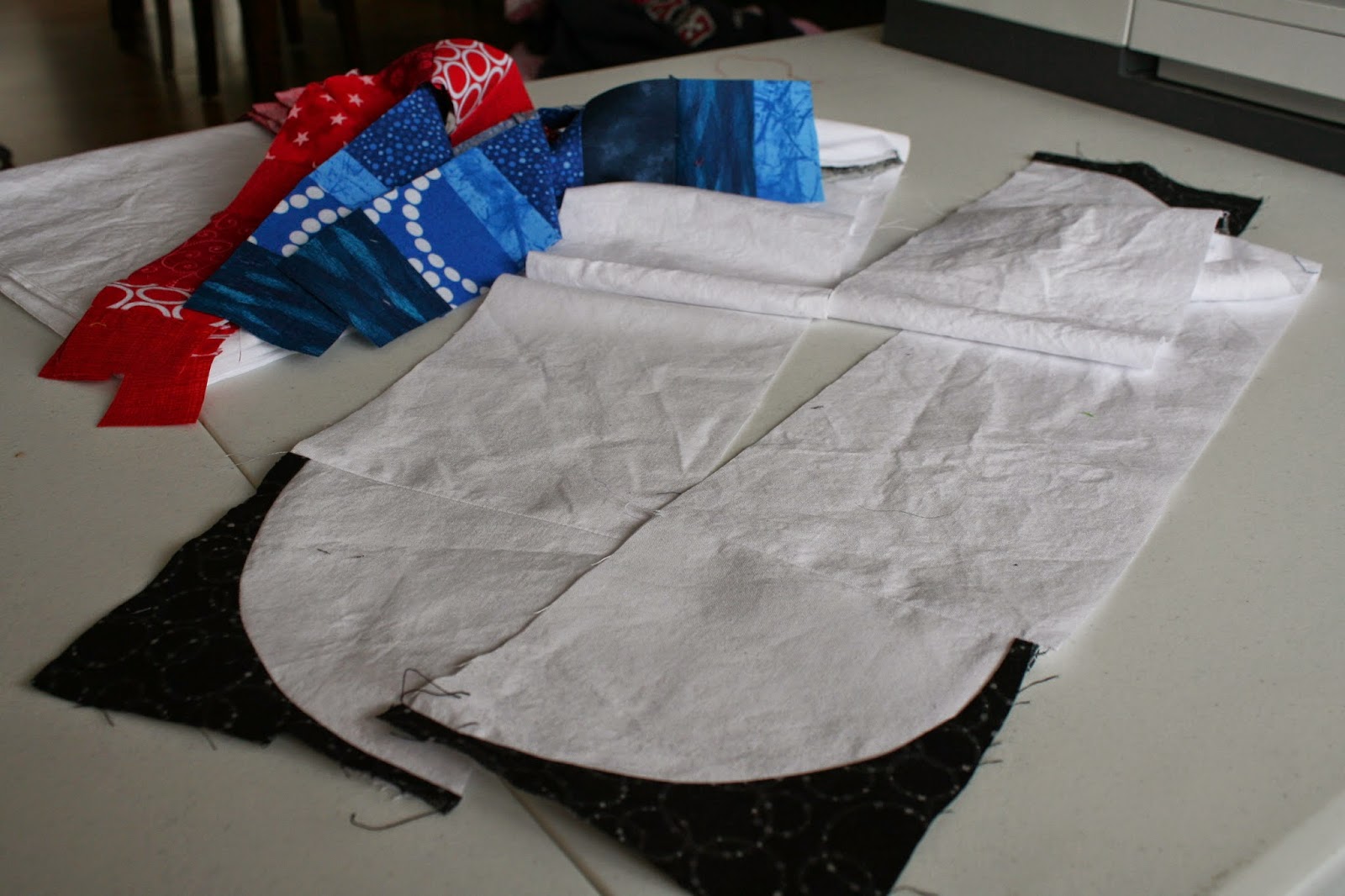 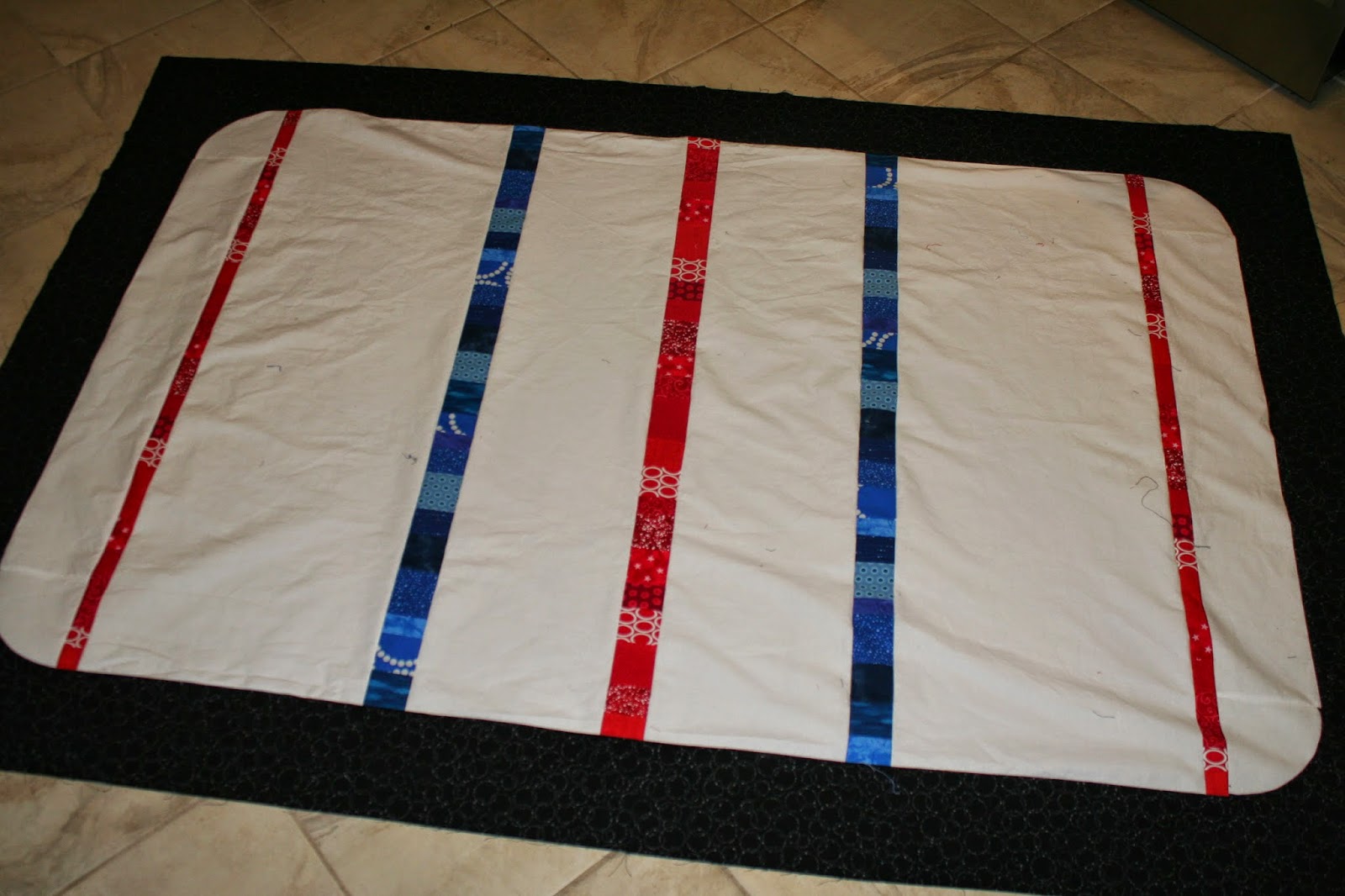 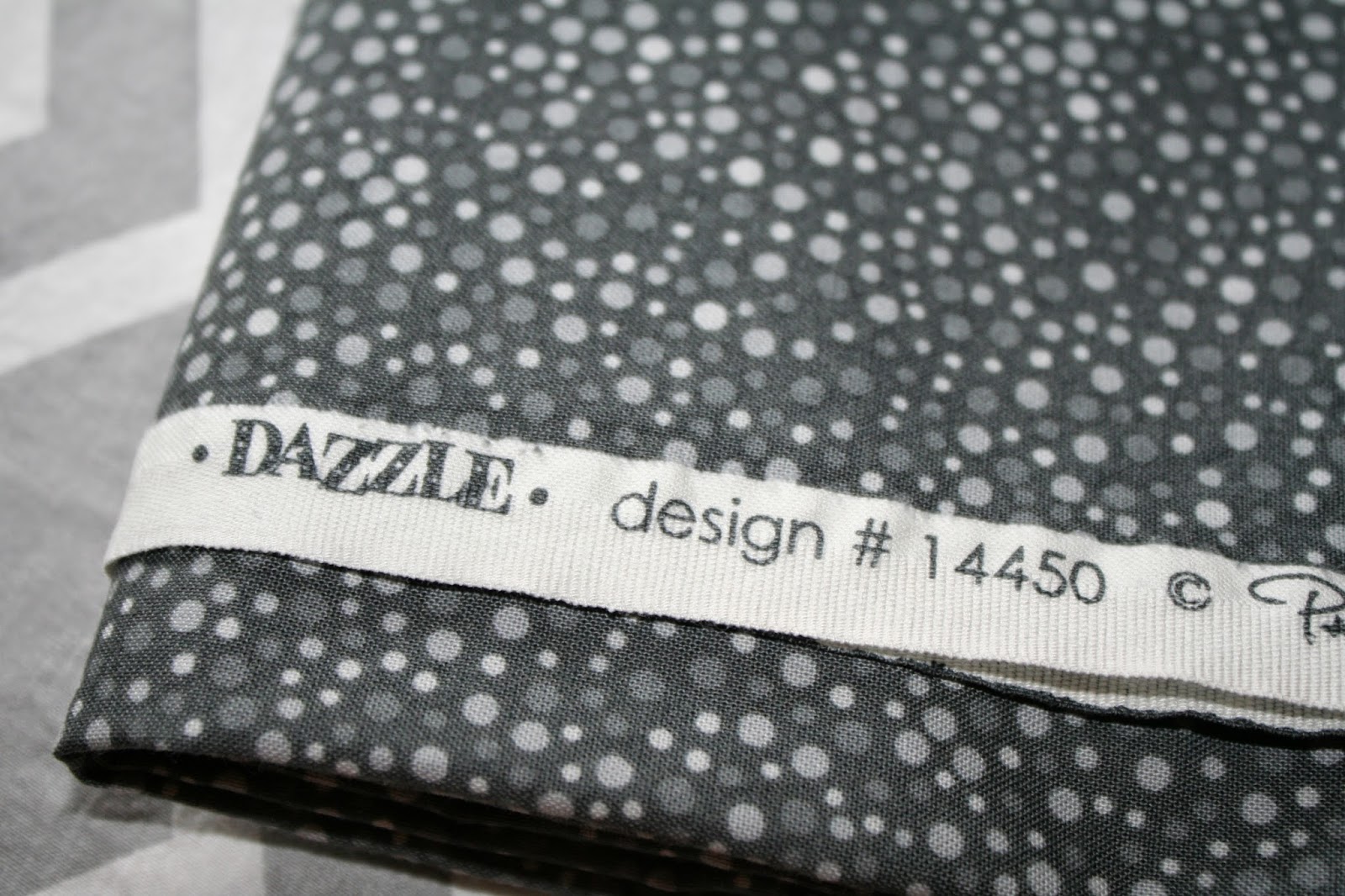 P.S And since it's Wednesday afterall, I'm linking up with WIP Wednesday @ Freshly Pieced and the Needle & Thread Network!
17 comments:

It's been a while, huh? Oh well. Don't worry I haven't been sewing in secret and not sharing... I know you were worried. ☺

A new little one arrived in my extended family a few weeks ago... he's a really cutie! And since I've made quilts for his parents and for his big brother, I don't really see how he can do without! His mom is a pinner too and chose this pattern a while back. She was thinking gender neutral top with a pop of colour once we knew if the little darling was a he or a she. It's not my usual type of pattern, but mama's heart was set on it. Why not!?

So, the thing about buying a pattern on-line that you're really invested before you actually read the instructions. On the up side, you can buy it, download it, and get to work in a matter of minutes. Turns out that those blocks with the diagonal lines are made of 1½ inch strips. Yikes! The pattern recommended starching. Let me tell you, I took that suggestion! 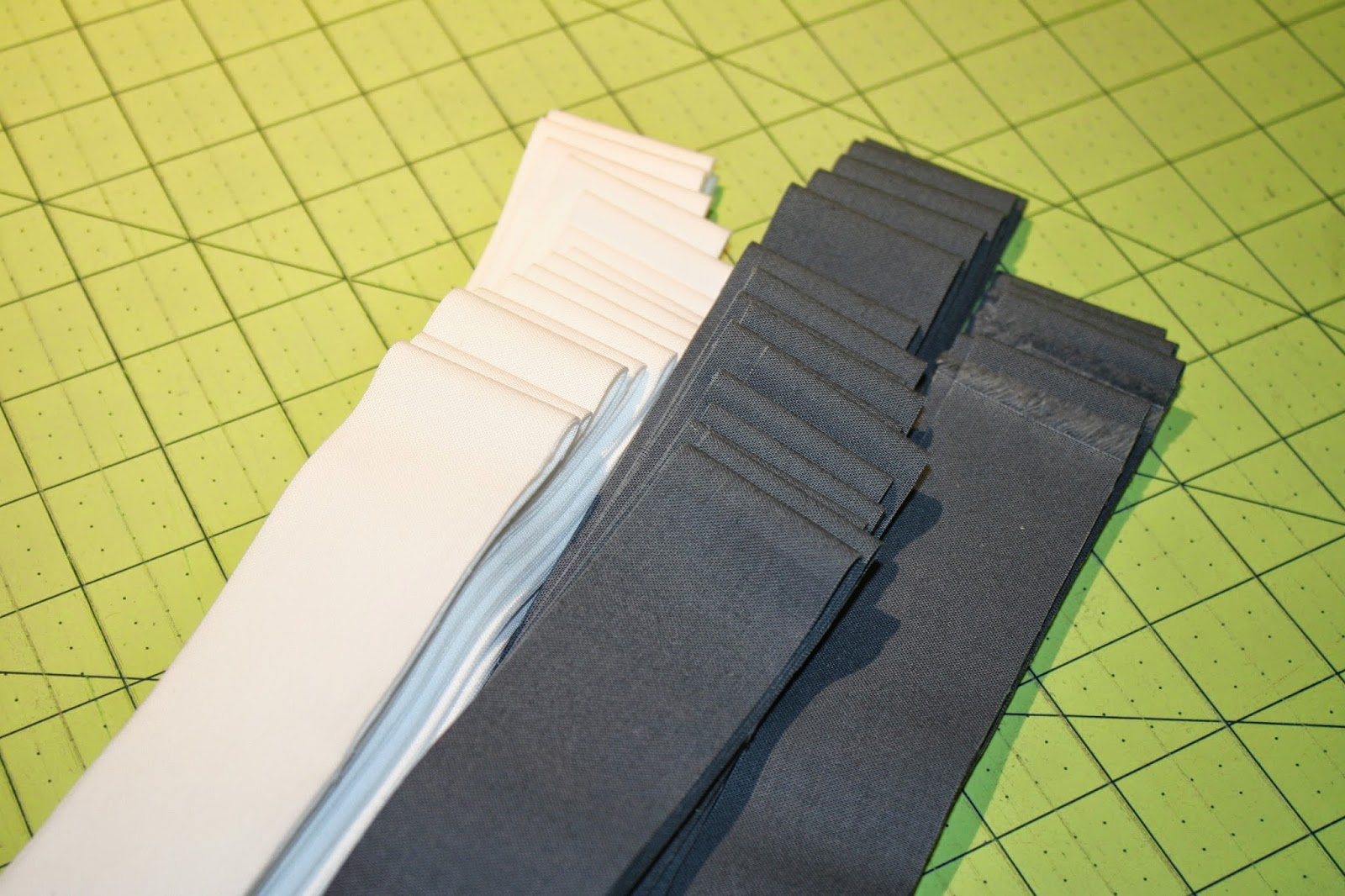 The actual construction was pretty easy. Sew a light and a dark strip together. Press 'em then sew 'em to another strip set. Something a little usual was that the pattern called for you to sew up both sides of the strip set. I was skeptical, but did it anyway! 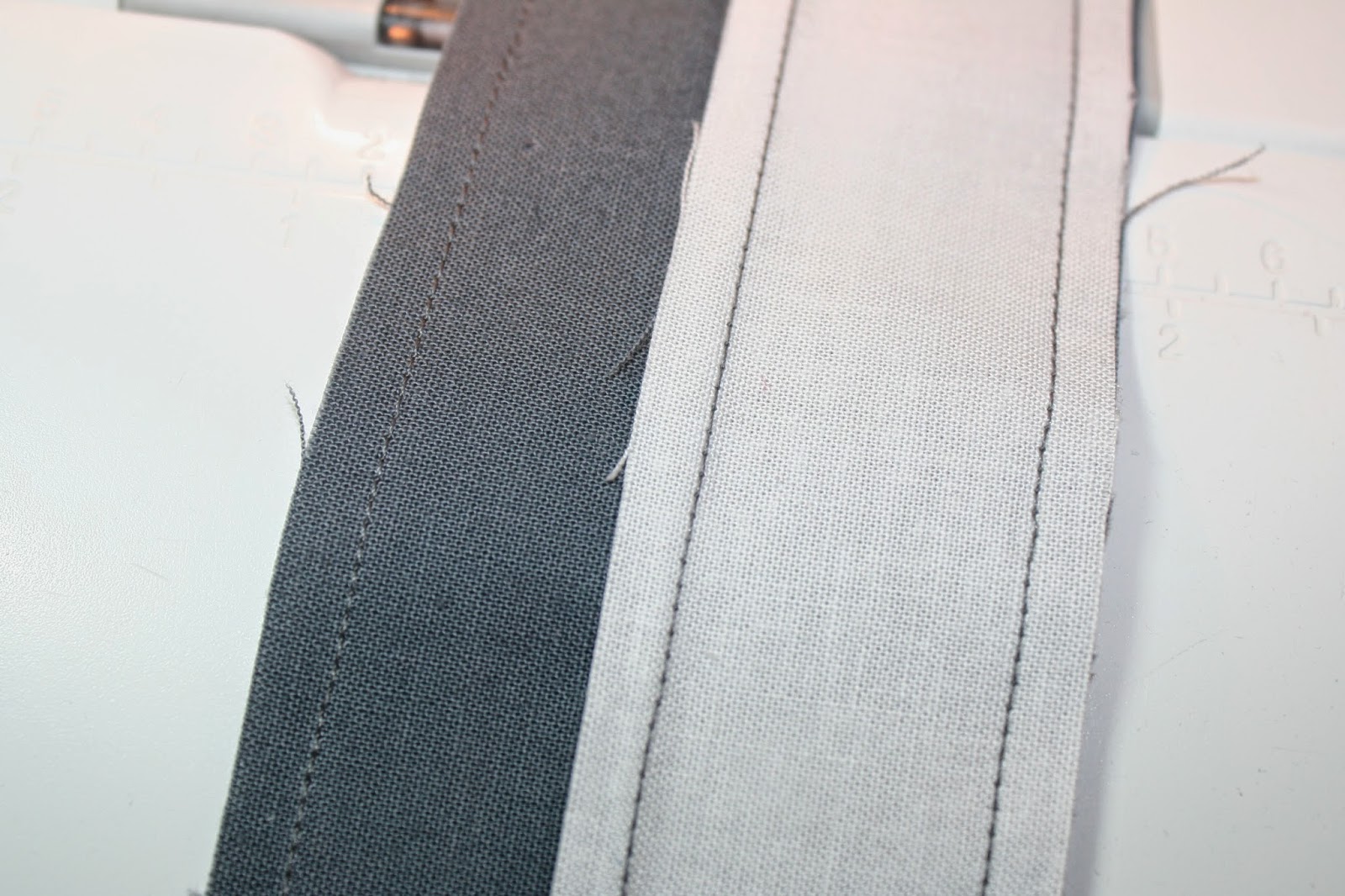 This is when I discovered that a special ruler was called for in the pattern. Ooops. Chalk that up to on-line purchasing again! I made do with the 45 degree line on my mat and a trusty straight ruler. 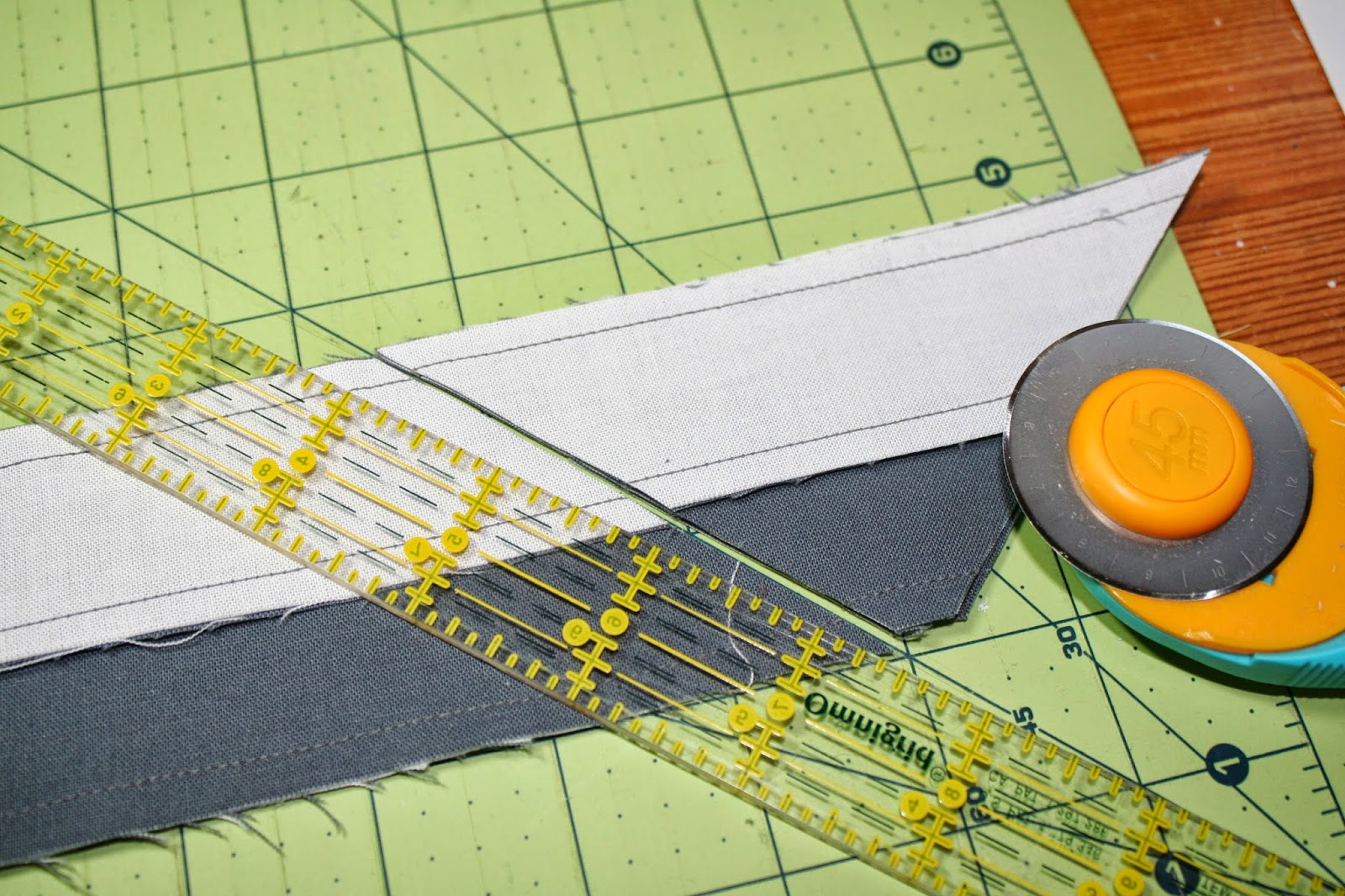 The small section of stitching on the tip of the triangle got picked out. Tedious, but effective. 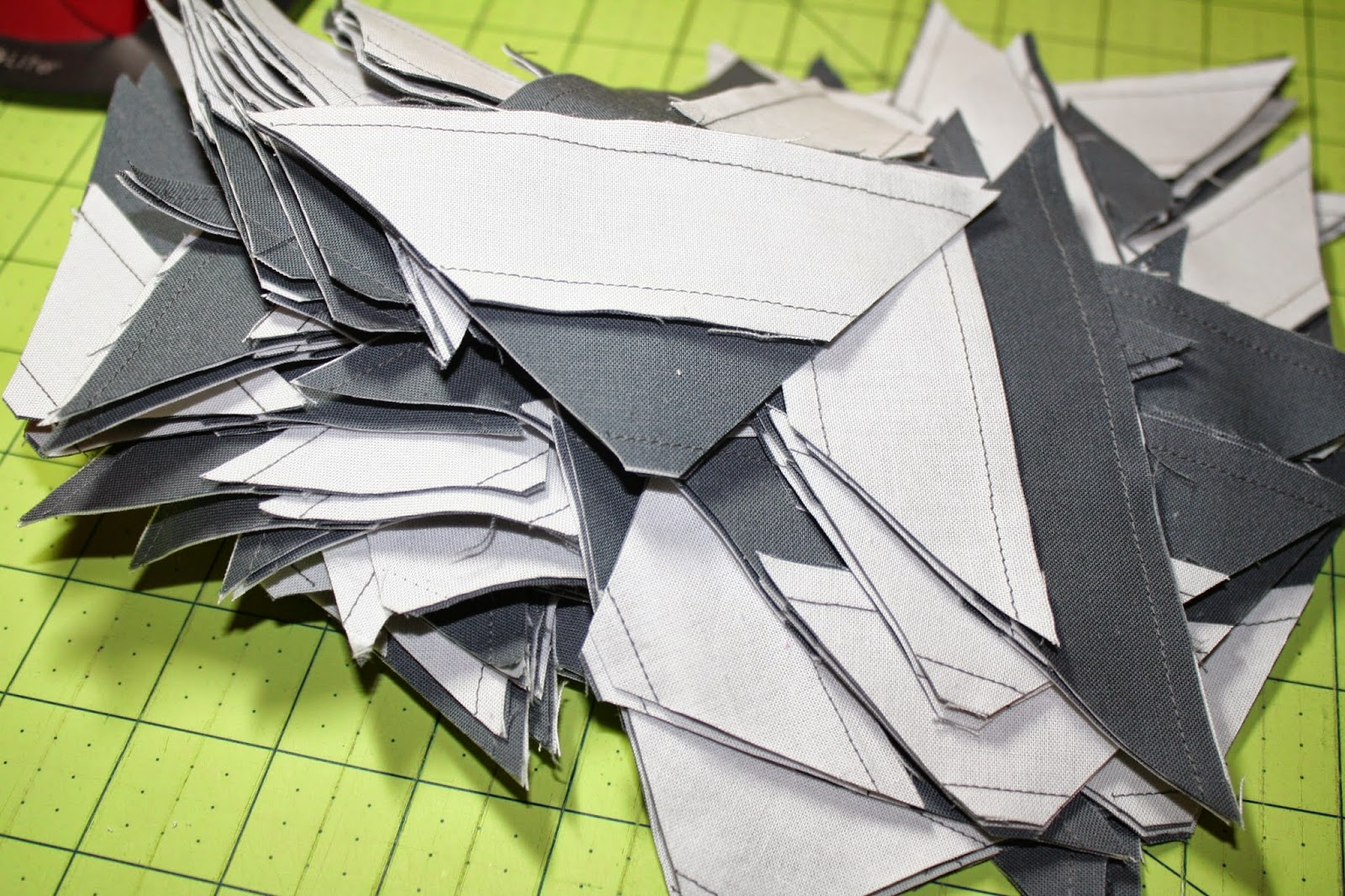 But then came the pressing of over a hundred 3⅜ inch squares. Ugh. 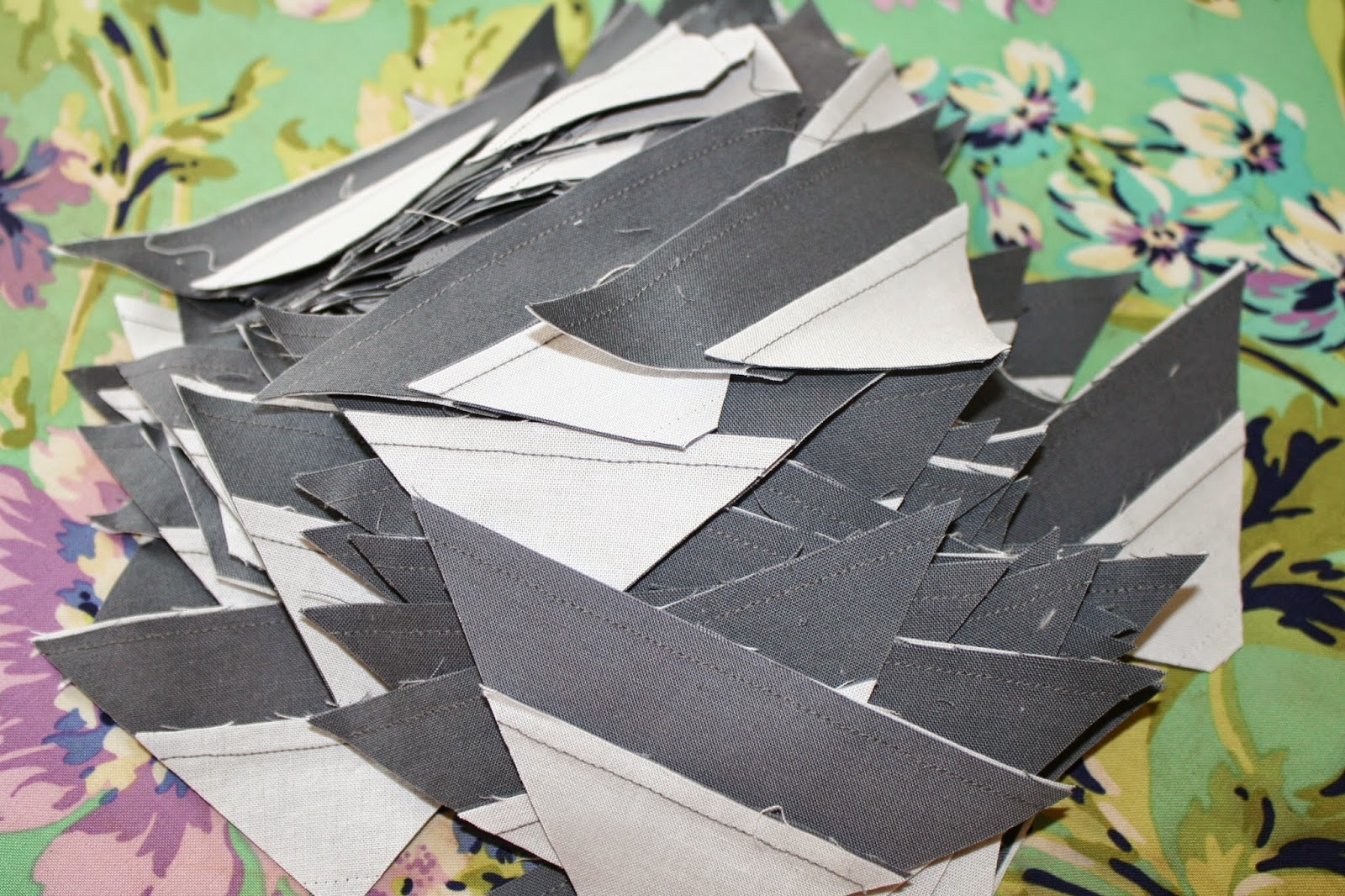 All pressed and clipped! 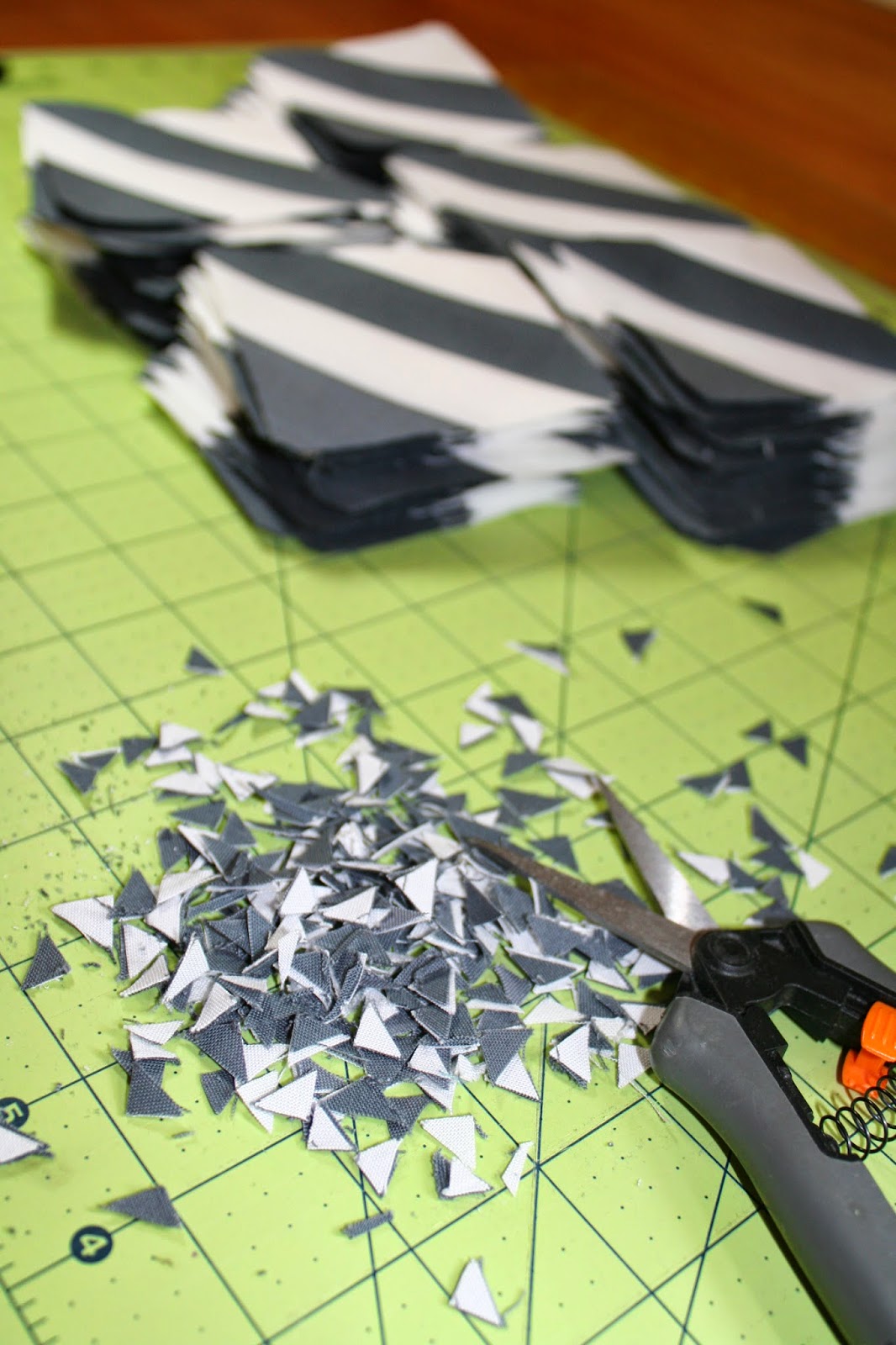 Just add some solid squares and the first block is done! I discovered fairly quickly that the striped blocks really did need to be trimmed to 3¼ inches before construction could continue. Not called for in the pattern, but necessary. Guess that ruler might have helped after all... 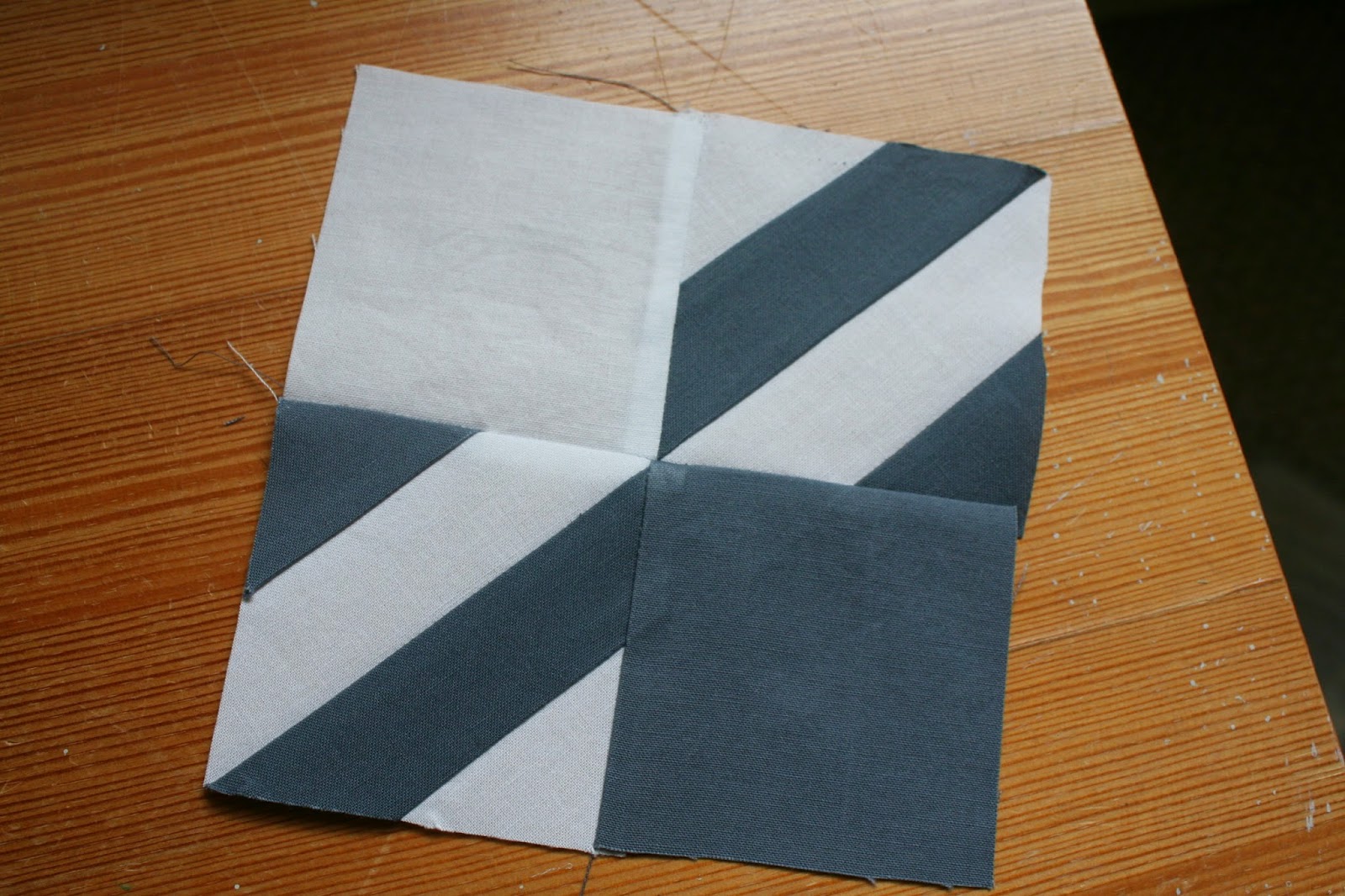 I do love sewing the top together... so satisfying. Almost as satisfying as hand-stitching those bindings! 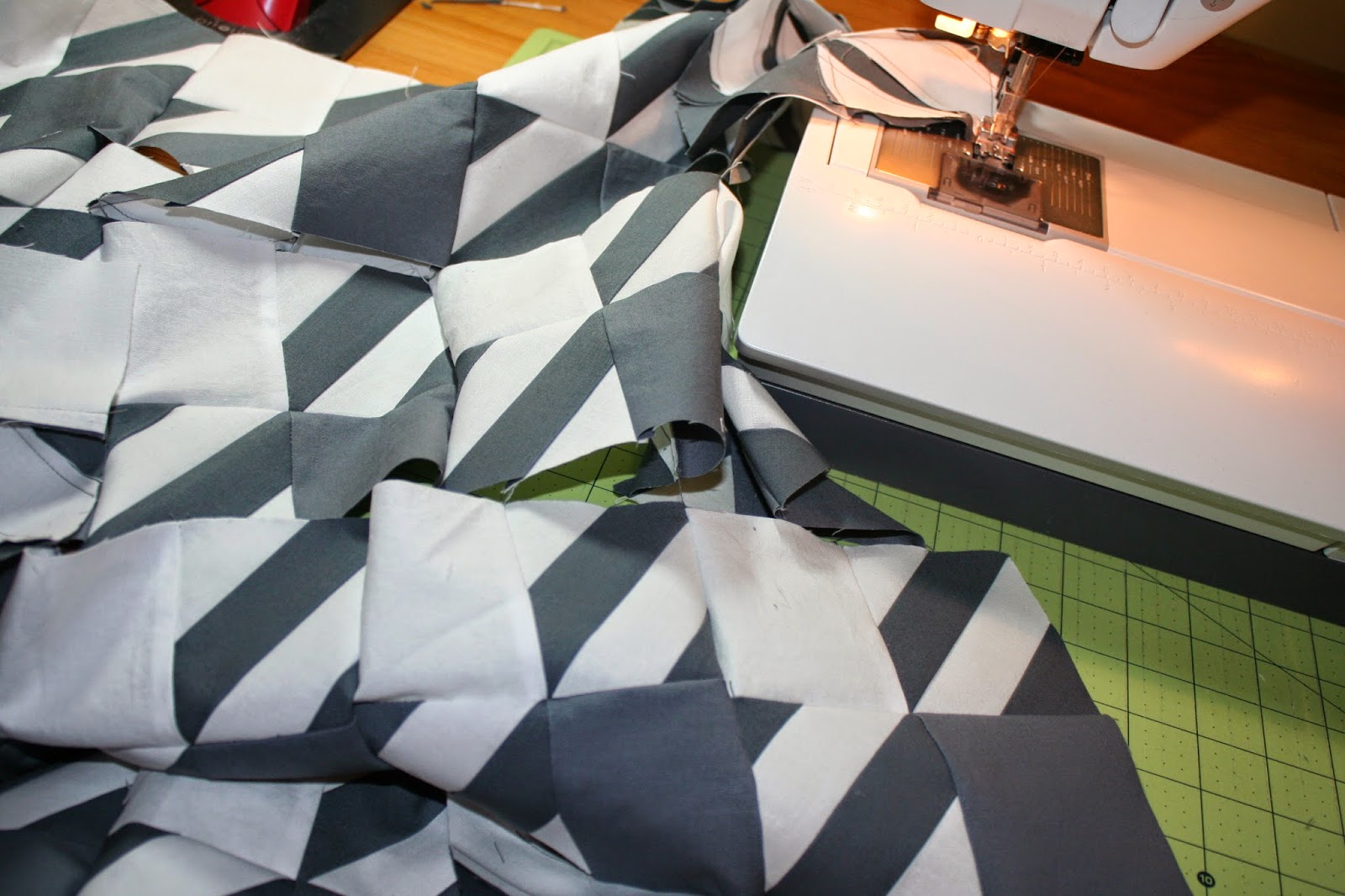 But somehow I managed to put the last couple blocks together incorrectly! Thank goodness I saw it and that it was a quick fix! 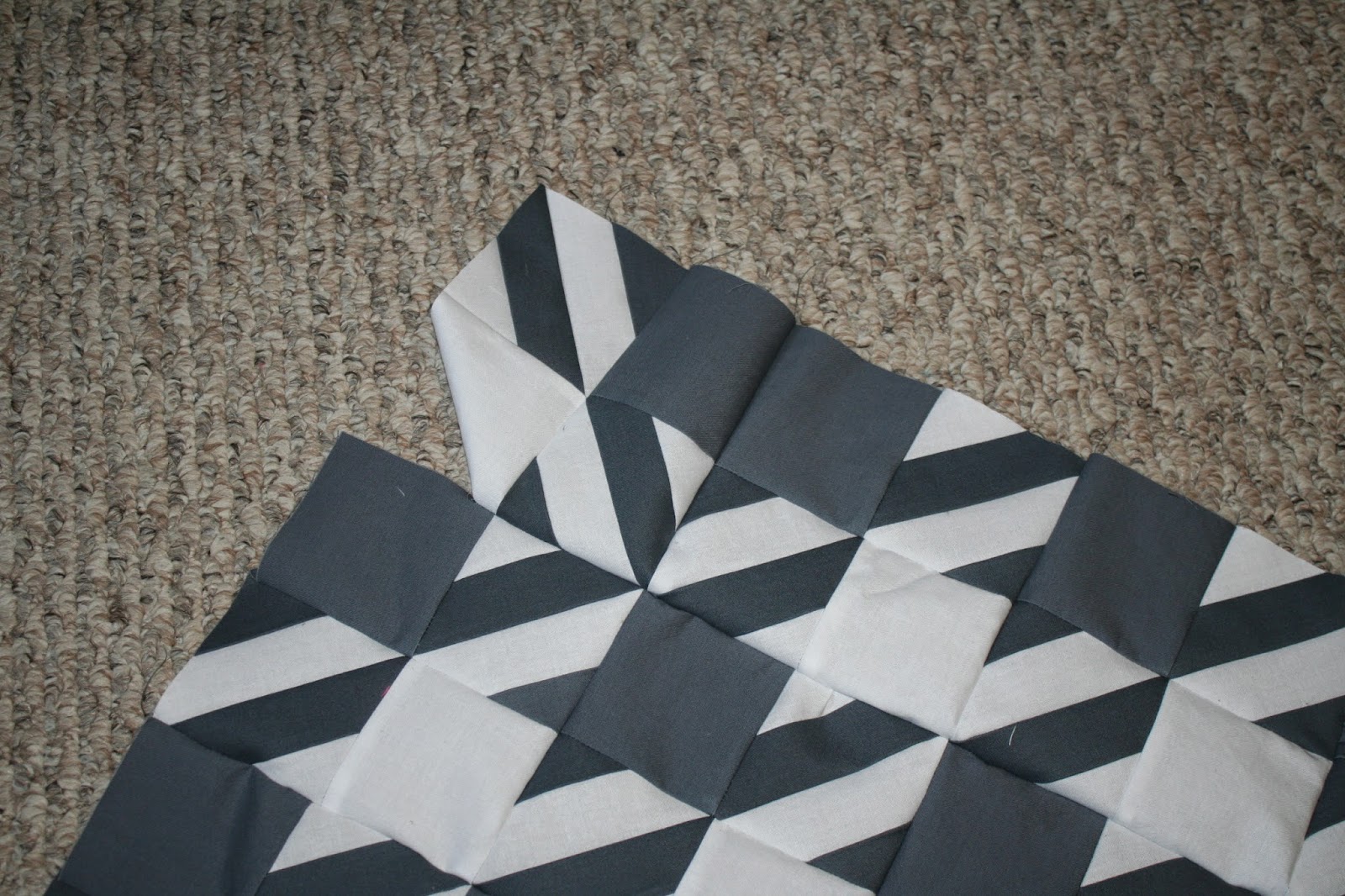 Himself really loves this one... though he advises looking at it from a distance. You really see the pattern that way! I recommend the squint test. 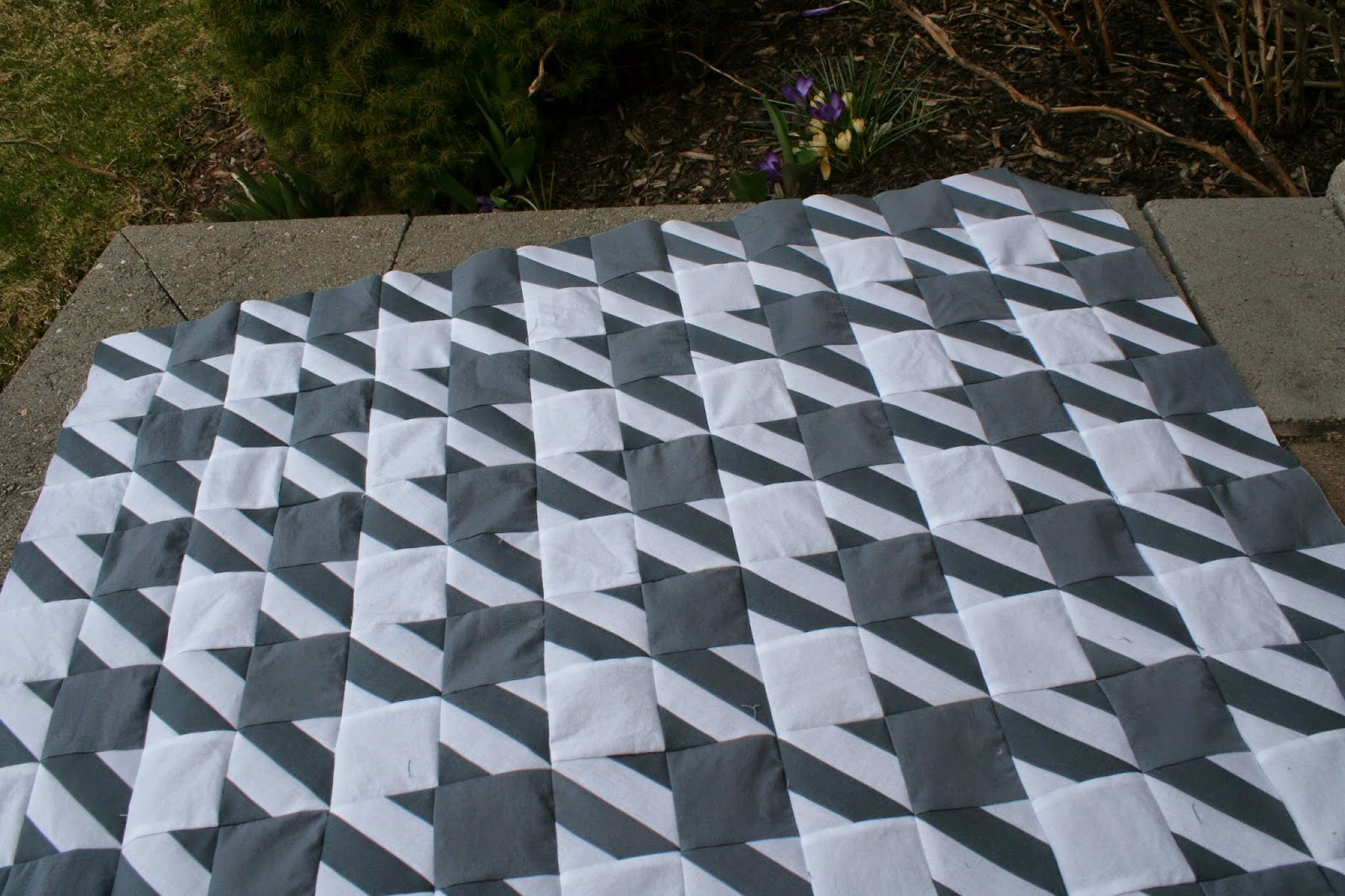 And see those little crocuses sprouting up in the background? Proof positive that it really is springtime!

Hope you got in some sewing over the long Easter week-end! Happy Easter and Happy Spring!