Ack! It's the last day of the first week of March! I have a mere 12 hours remaining to link-up with A Lovely Year of Finishes' March Goal Setting Party. I've been dithering... I want to chose a goal that challenges me, but not one that is so onerous that I fail to complete it. January and February's goals were both relativity small. Okay. I'm screwing up my courage and going for it. 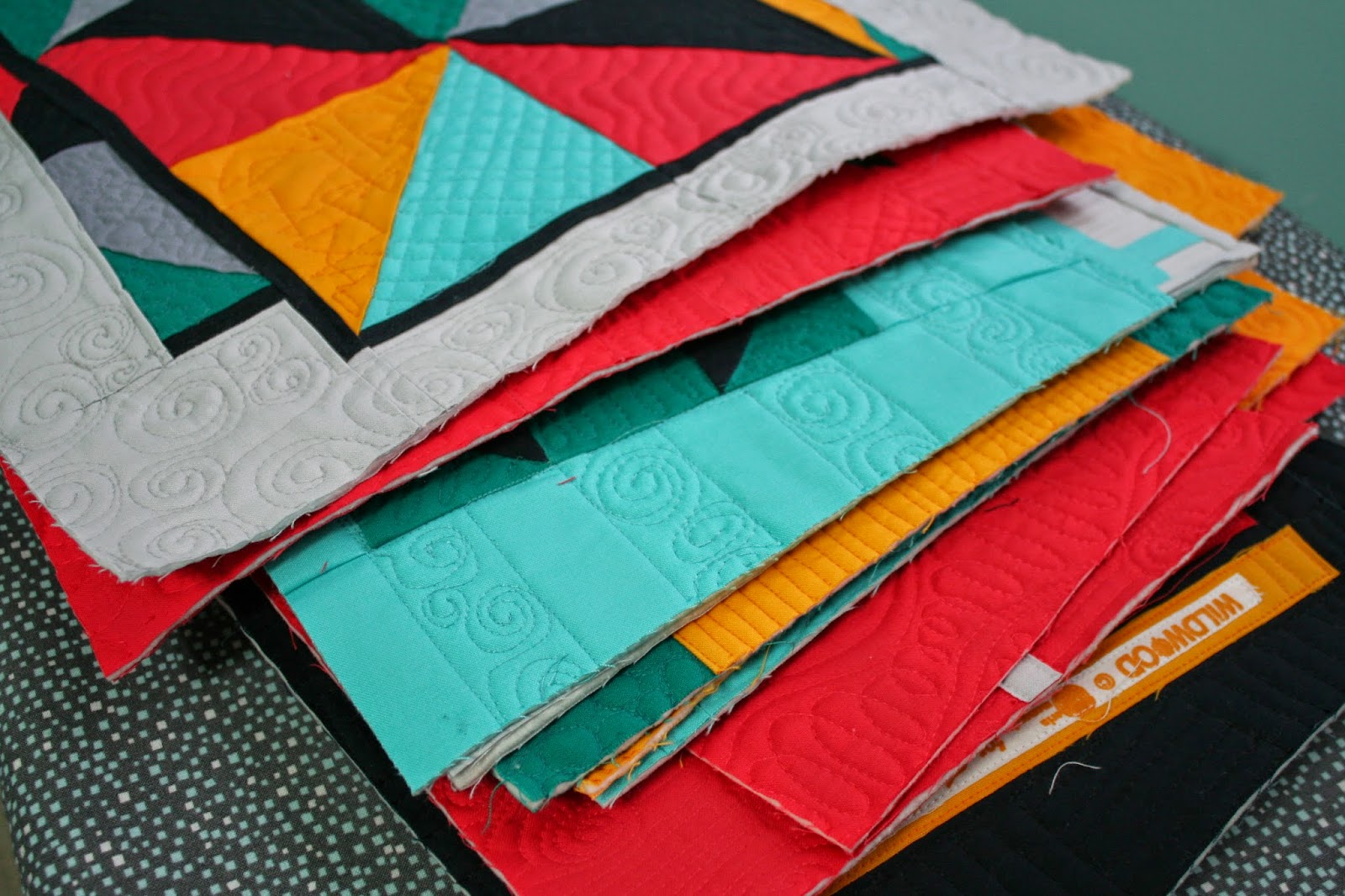 I'm going to turn these in a finished quilt. You can read about some of these blocks here, here, & here. With last month's goal being to finish the last three, it seems only natural to keep on rolling. But I'm scared, people. It's been all well and good to FMQ these blocks as I made them, but now I have to wo-man up and put them together.

I'm scared. Check that off the list for today. Goal declared. Let's see what happens by month's end! I'm linking up with the March Goal Setting Party....