WIP Wednesday - Where does the time go?

Ack. I've become one of THOSE bloggers. You know, the ones that don't post forever and then kvetch about it? Well, I'm skipping the kvetching and going straight to what I've been working on. Every once in a while the stars align and I have both the time and the energy to sew!

When last I shared about this epic WIP, Technicolor Galaxy, I was assembling the already quilted curved blocks into spokes. I have to admit that I've shown more on Instagram than I have on the blog about this one. If you're interested, you can follow me at A_Quarter_Inch_From_The_Edge. No pressure. Getting those seams just right was a royal PITA. But I got 'er done! 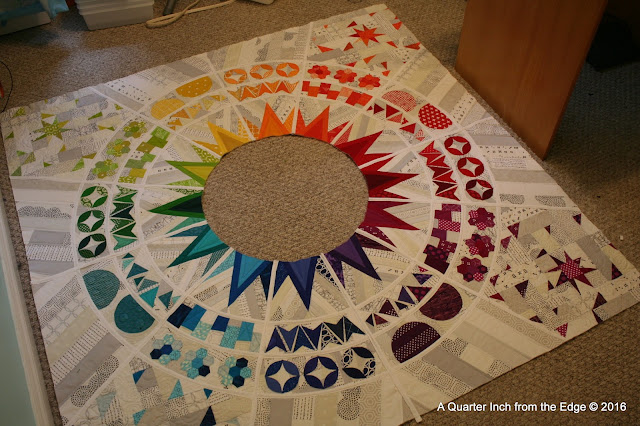 Honestly, I think I measured the center about... well... a thousand times. I was so afraid I'd make a mistake and end up with a centre medallion that was too small to fit in the hole in the quilt. The stuff of nightmares. Thankfully, my "measure a dozen times, cut once" strategy worked. And my freezer paper template worked beautifully. 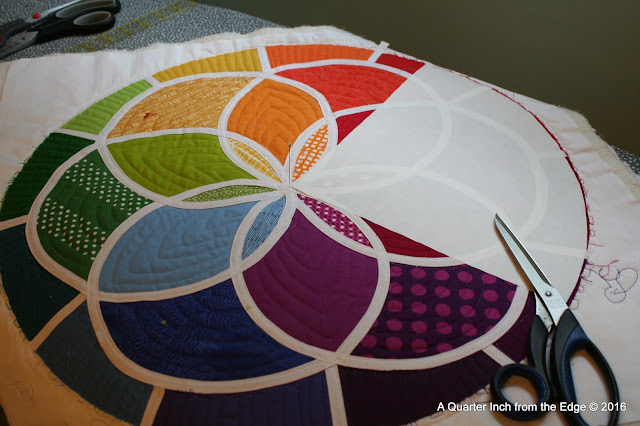 Nerve wracking. But here is that (very first block) centre medallion all cut out and ready to go. 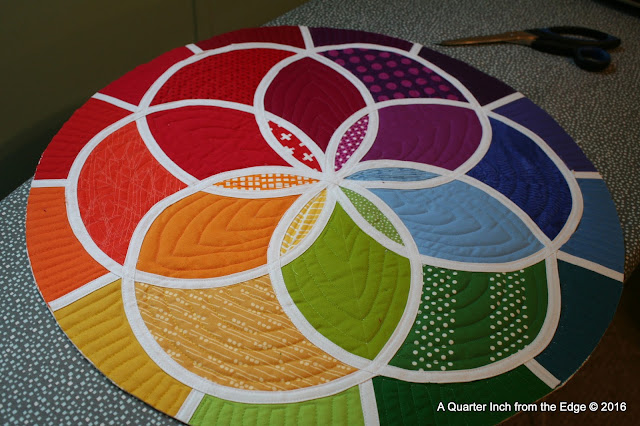 All that remained was to make some more bias binding and get that medallion in place! It was a tedious business, but being so close to the end kept me motivated! 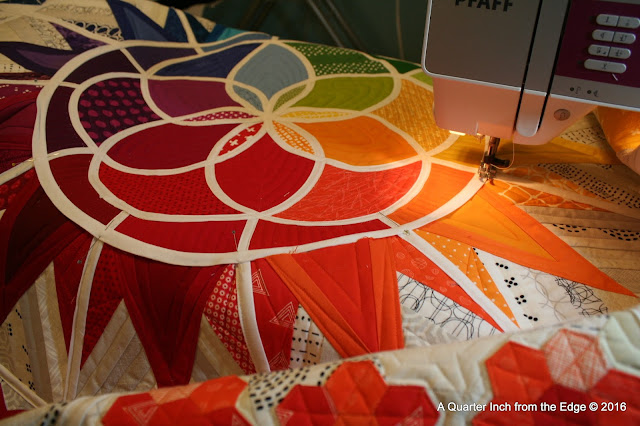 As if there wasn't enough in this quilt, I opted to forego the suggested white binding and went for a matched rainbow one. I was a little fiddly, but I think it's worth it in the end! 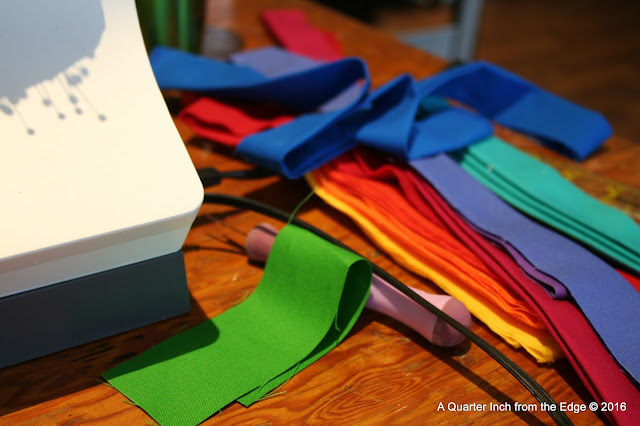 I can't help but tease you a little here. But I will say that you won't have to wait much longer to see the finished creation. 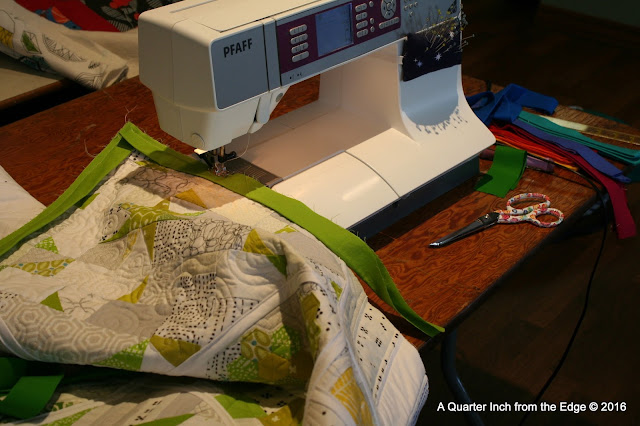 I'm linking up with Let's Bee Social over at Sew Fresh Quilts. It's been a while! And stay with me people, there's a big finish coming this Friday!