What can a quilter do?

What can anyone do when something as horrible as last Sunday's attack at a mosque in Québec City happens in one's country? If you're not Canadian, you might not even have heard about it. But it hit me hard. Not because I'm muslim. Not because I'm Québeçoise. But purely because I am Canadian and this happened in my country to people who were praying in their holy place. Just praying.

Deep breath. Okay. I've mentioned before that sometimes I feel paralyzed by situations to large for me to fix. But then I make something and sew some extra love in. It's corny as hell and I don't care. This week, I've been sewing some extra love into these... 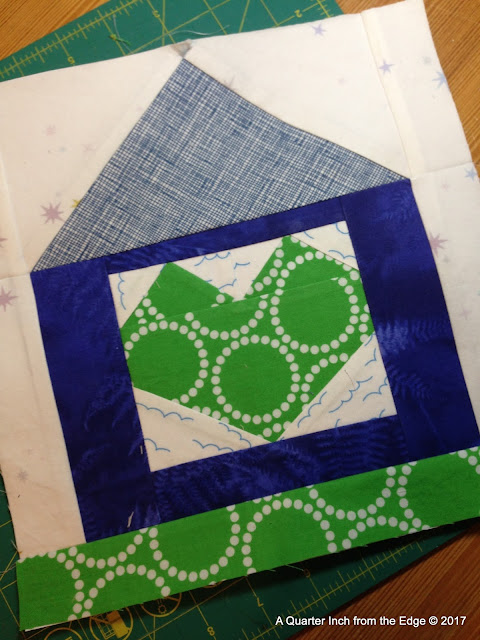 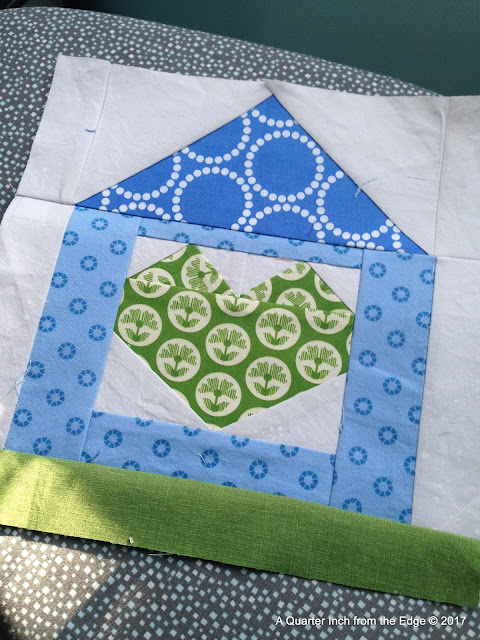 Montréal Modern Quilt Guild (the other MMQG) has made a call to action.  "Nous sommes avec vous. Vous êtes chez vous... We are with you. You are at home" as said the Premier of Québec last Sunday. That said, we're making homes. House blocks to be made into quilts for each of the six families who lost someone at the mosque. And if there are enough, for each person injured.

My blocks are paper pieced Heart of the Home blocks from Ellison Lane Handmade. They're not the 12 inch called for, but I'll add another border to bring them up to size. 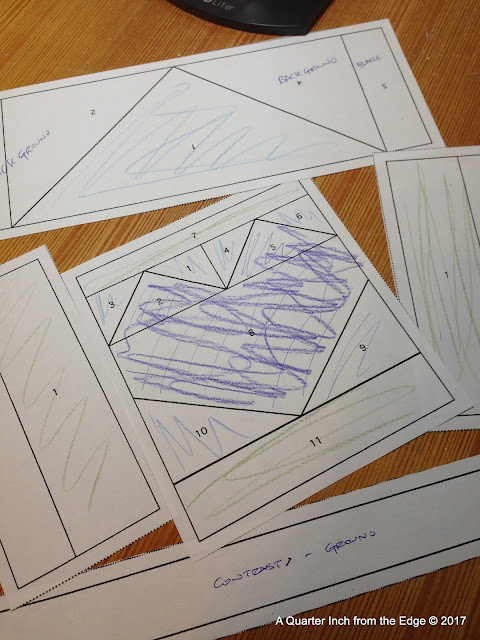 I'm a little ashamed to say that I had to Google to determine what colour was significant to followers of Islam. Once I realized it was green, it was a bit of a "duh" moment. 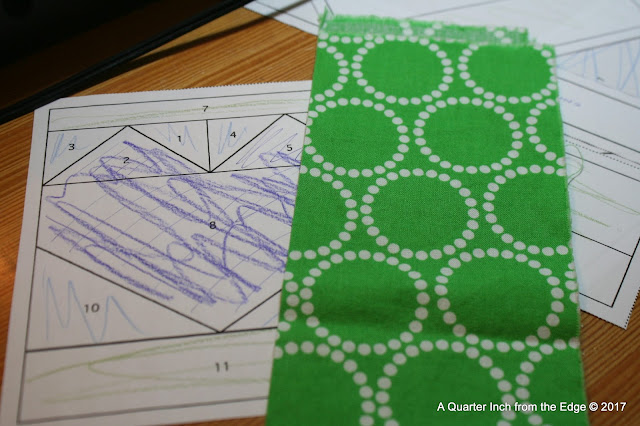 Though I declared 2016 as the Year of the Stash, I'm still trying to work from my stash and scraps as much as possible. There's just so much good stuff in there. 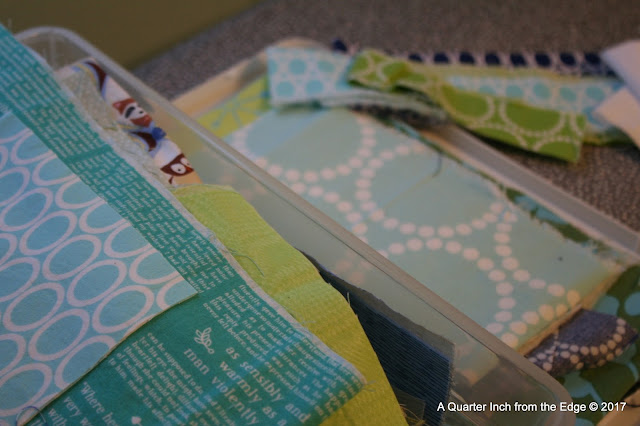 If you happen to be newish to the paper piecing thing, I highly recommend the Add A Quarter Inch ruler (and not just because it has part of my blog name in it!).  I use mine constantly! 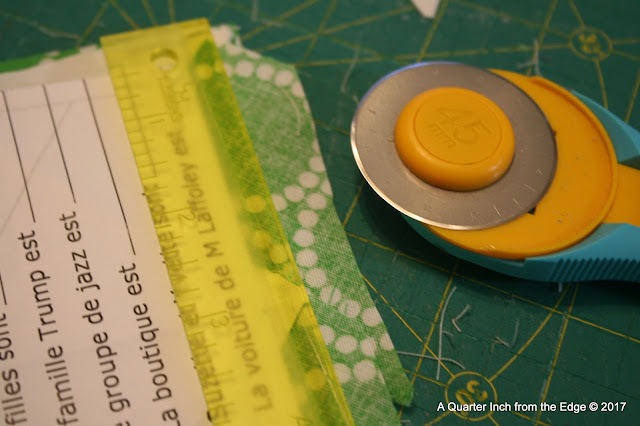 I'm working on my third block and am hoping to get a few more done before our Maritime Modern Quilt Guild meeting this week. We're gathering a bunch up and sending them en masse to Montréal. 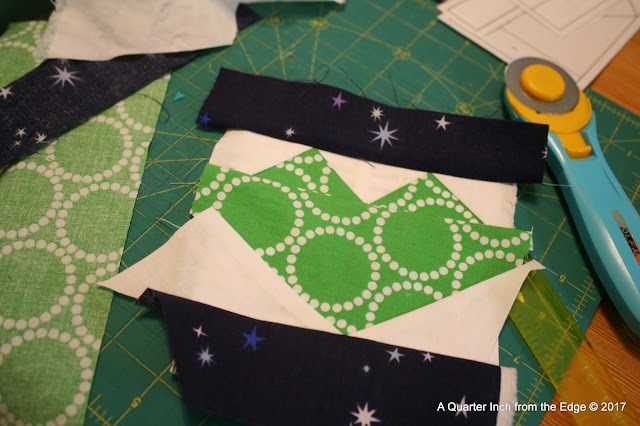 So there you have it. A heart of Islamic green sheltered by a home of Québeçois blue with extra love sewn in. And a quilter who feels like she's at least done something.

"The only thing necessary for the triumph of evil is for good men to do nothing." Or good quilters. Not today... not in my country... not if I can sew extra love in. If you'd like to get involved, check out this blog post for more details. Thank you so much, Montréal Modern Quilt Guild, for your leadership on this important project!

Email ThisBlogThis!Share to TwitterShare to FacebookShare to Pinterest
Labels: Extra Love Sewn In, Heart of the Home block, QuiltsforQC