No late fees incurred - The Library Project winds up!

Well, it's December. Time for all those posts summing up a year's work. This year, Adrienne over at Chezzetcook Modern Quilts challenged all of us to use some of those fabulous quilting books we have in our personal libraries. She even created a monthly link up (with prizes!) to keep us motivated. There's something about a link up that gets me movin'... alas, this month, some other projects took priority and I didn't make the deadline. Oh well... 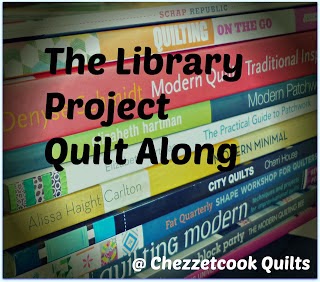 But, I am undeterred. I will do my round-up post anyway! Feel free to pop over to the final link-up and read about some other bloggers' experiences with TLP! If you're interested in the books mentioned below, I've linked to the authors websites whenever possible.

My first quilt of TLP year was Oh Deer, made for Young B, one of Himself's good friends. Young B loves his quilt and claims to spend far too much time under it! It's from Boo Davis' Dare to be Square Quilting. So many clever designs in this book. Definitely worth a read! 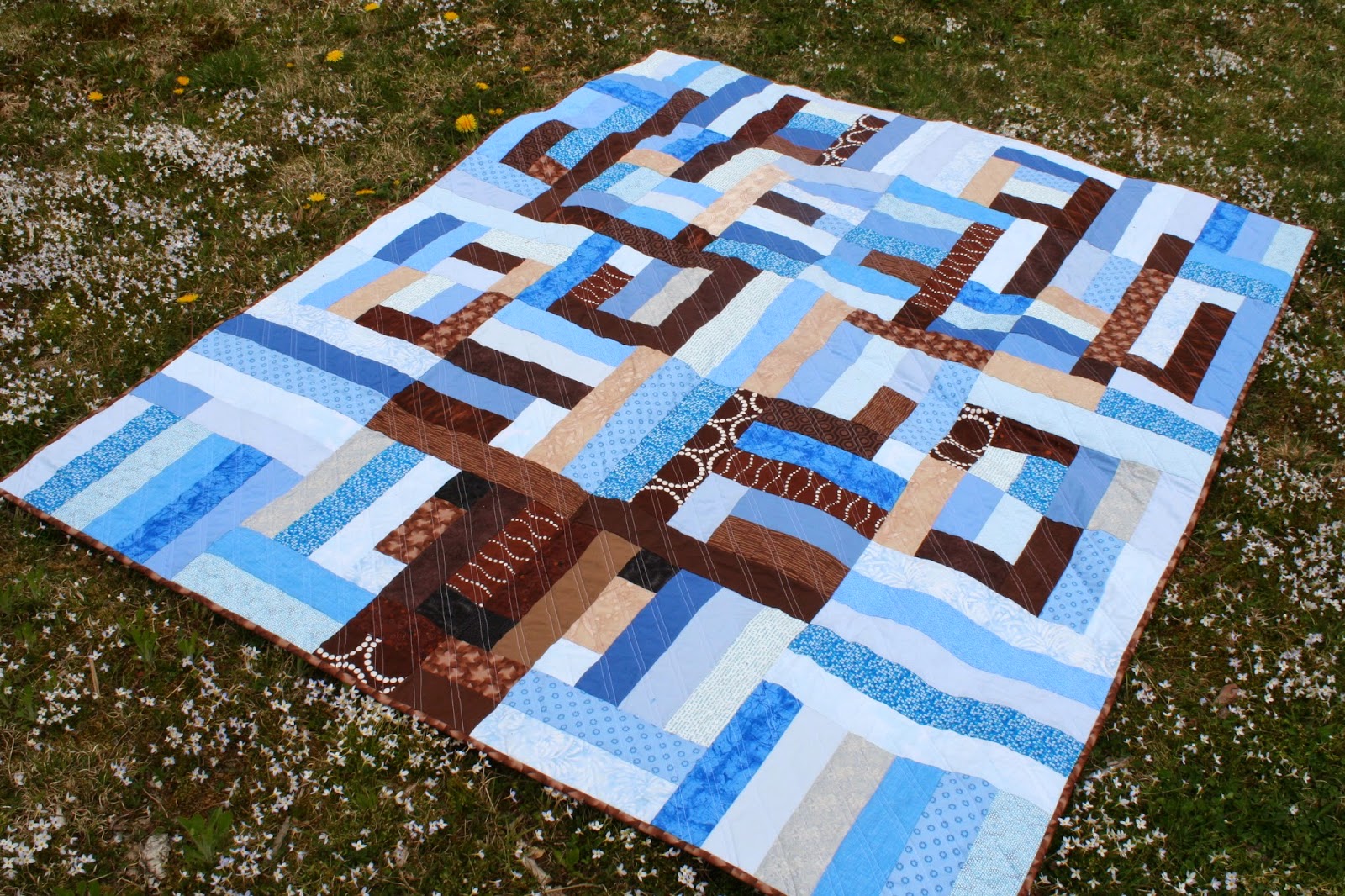 Next up were the Christmas Candy Dish pillows that I made for the Rents for Christmas. I counted them as a half project since they were smallish! They're from a Jaybird Quilts pattern that had been hanging out (unused) in my library for some time. It uses that oh so fun Hex n'More ruler! 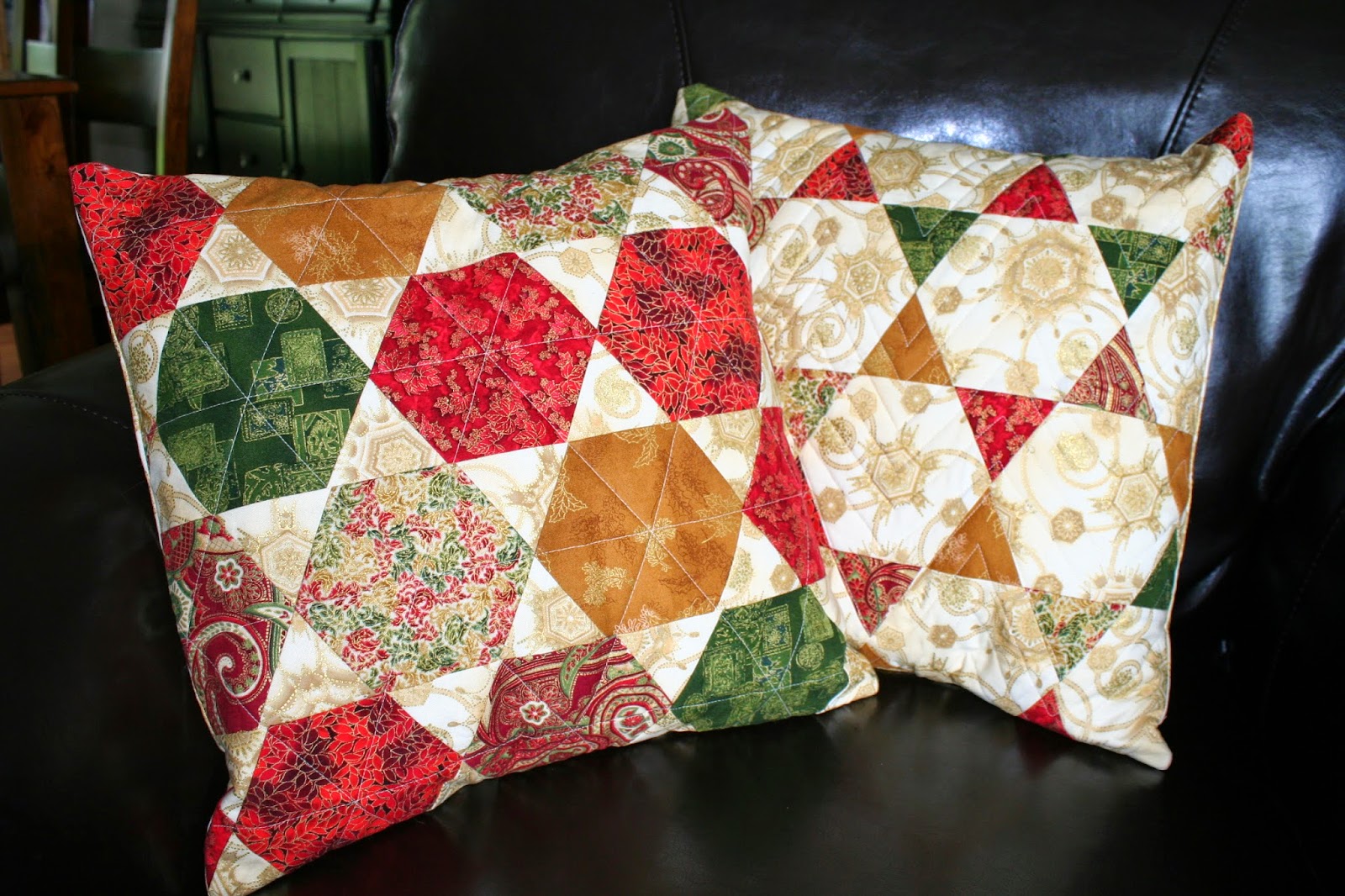 Then there's Go Your Own Way. I made this one for the MQG's Michael Miller Challenge using stitch n'flip triangles, a technique described in Jacquie Gering & Katie Pedersen's Quilting Modern. 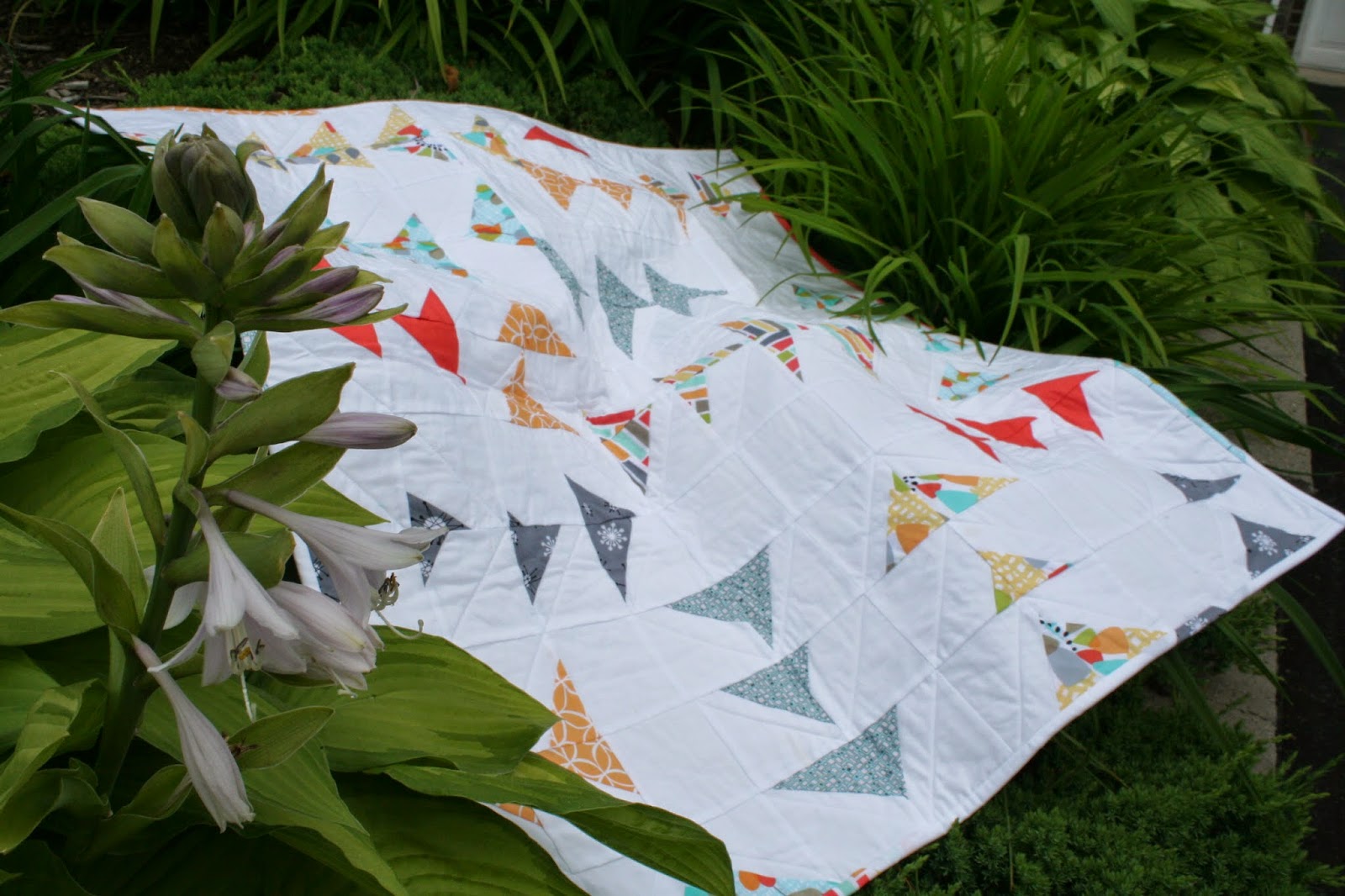 Next up, J-Boy's Good Old Hockey Game quilt designed by Kristie over at Obsessive Crafting Disorder. I bought it as a digital download on Etsy when I fell in love with it on Pinterest. It's yet to get a Friday Finish Post of it's own but here's a fun pic taken of it by my dad! Post coming soon! 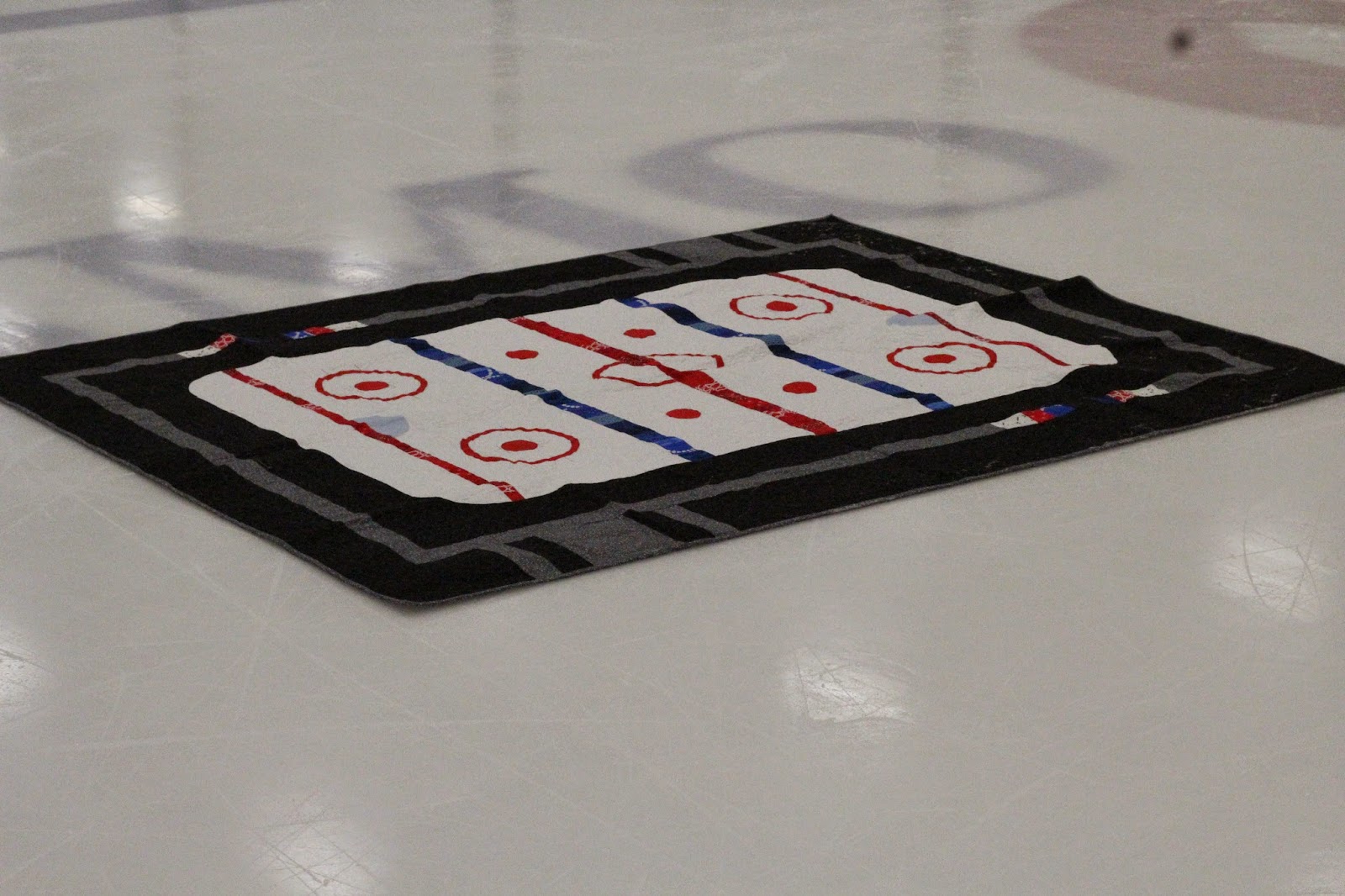 Once I'd finished J-Boy's quilt, I decided that it was time to make something for myself! And what I really needed was a wall hanging for my newly re-designed studio. I went for Honey from Elizabeth Hartman's Modern Patchwork. This quilt has also been finished for some time but hasn't gotten it's official Friday Finish post. Here it is in progress... 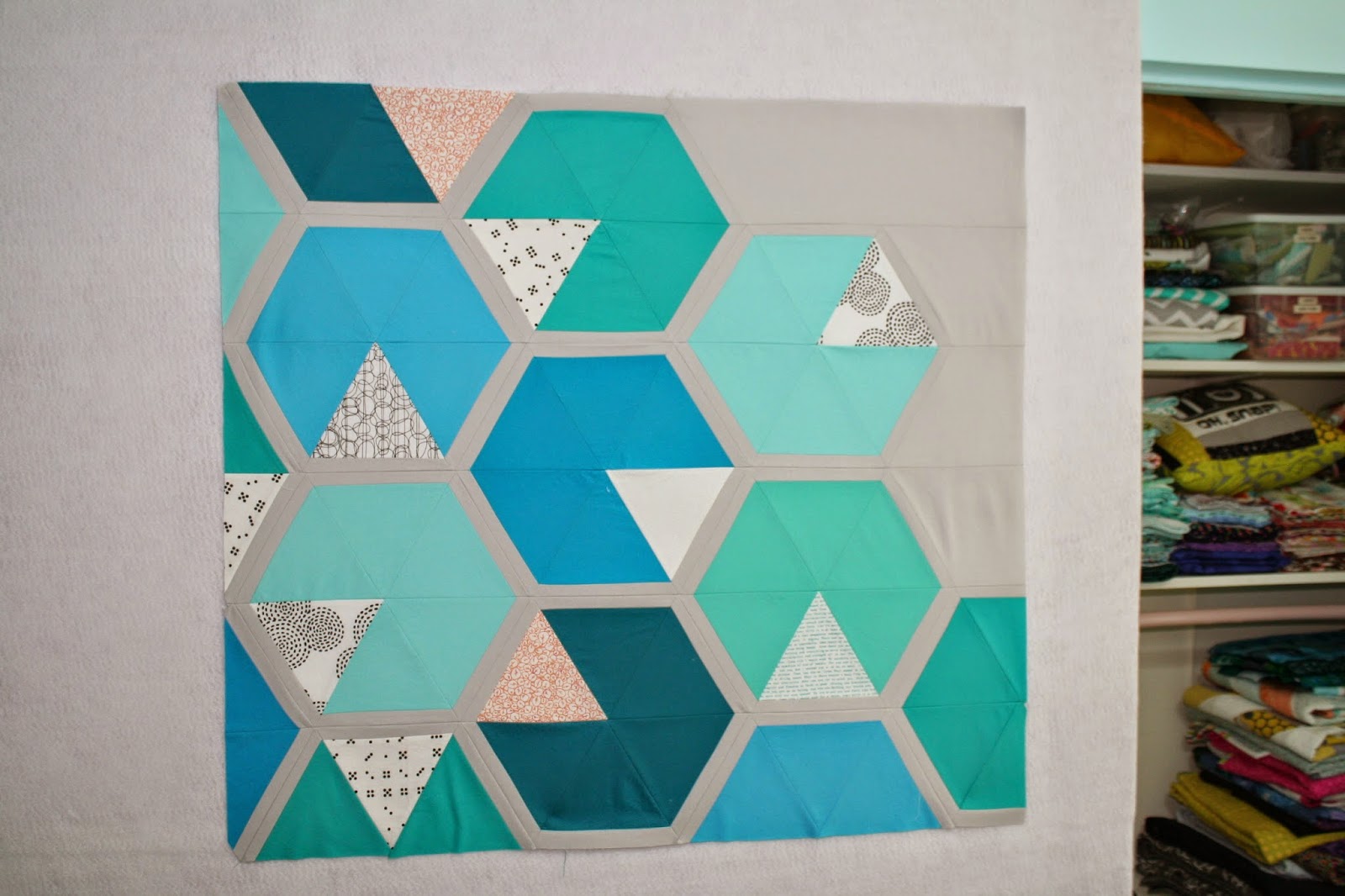 All that remains is to get a hanging sleeve on this one and it'll officially be done. If I can do that in the next five days, I'm calling it a 2014 finish!

My goal was to complete four projects and, though they changed over the course of the year and some haven't been fully blogged about, I did it! Yay me! I also kept my new quilt book acquisitions to a minimum, another goal of TLP.

If you're looking for more details (you, keener, you), you can read about my monthly progress here:
January
February
March
April
May
June
July
August
September
October

Many thanks to Adrienne for throwing down the gauntlet on this one. Like a hit BBC show, this project had a limited run and won't be doing a second season!