I even texted this pic to J-Boy in the middle of it all to let him know his quilt was almost ready to come home. He's been so patient! 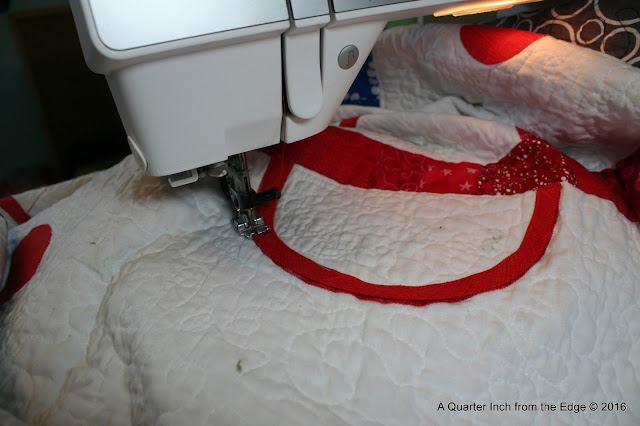 Once I got got the bias tape made, it didn't take much time at all to stitch it down. Even the little endy bits didn't cause me too much trouble. The much sought after Wonder Tape did its job beautifully and held the bias tape in place, even with all those curves. 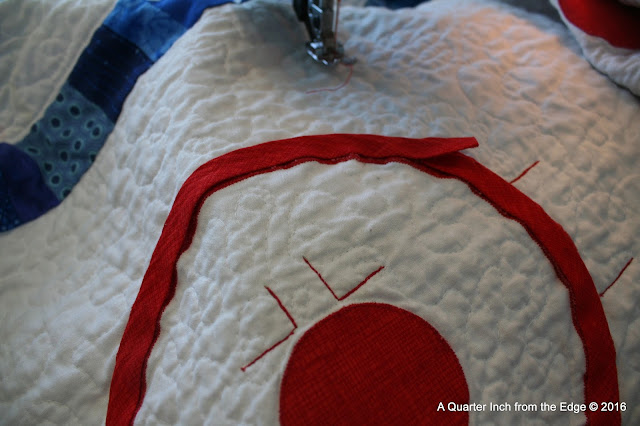 I also made a preemptive strike and re-stitched the red centres on the face off circles. One can't be too careful. I even managed a speedy delivery via my mom. I have been known to finish things and then have them hang out here for weeks, waiting to get to their forever home! 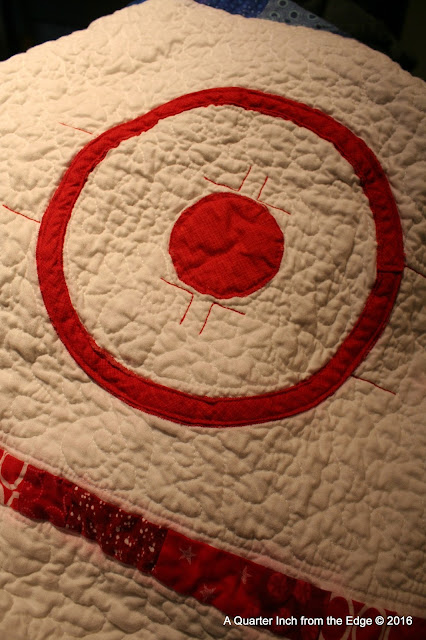 Unfortunately, the day she was taking it was a day of torrential rain and general darkness. No natural light to be had. Ugh. I was worried about the additional red thread on the quilt back, as the original pieces were appliquéd to the top before layering. But it doesn't seem to show too badly! 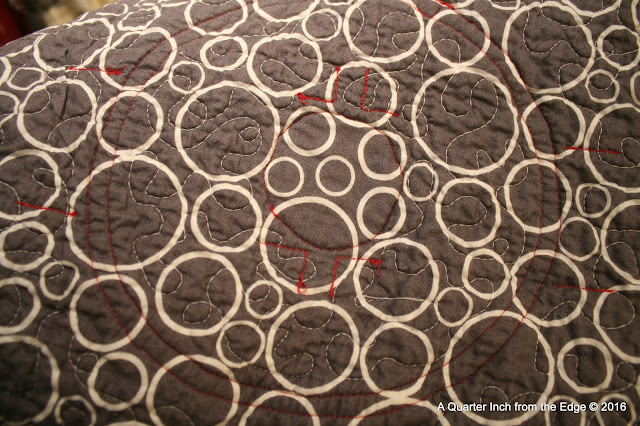 I opted to give the quilt a quick wash before sending it back. I used two Color Catchers and washed it on cold. And the pre-washed reds still had some bleeding. Oh well. Have you ever looked closely at hockey ice? The line aren't perfectly sharp anyway. And J-Boy loves it no matter what. 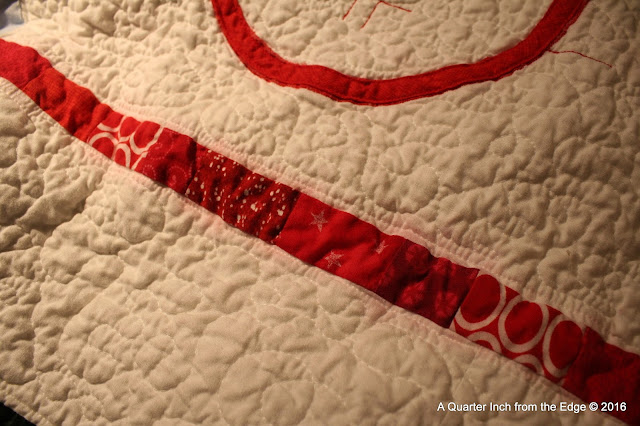 That makes an auntie happy indeed.

If you're wanting to make some bias tape of your own, pop over and check out my tutorial. It's very detailed. ☺ I'm linking up today with the OMG: It's Finished Party for February over at Red Letter Quilts. Now to think up a goal for March!