WIP Wednesday - Turning up the volume!

In my attempts to avoid napping when DT does (I've got to break that habit before I go back to school!), I've been spending the afternoons at the machine. It's given me lots of time to piece sixteen patch blocks for that massive low volume project I've got going. When you get 1450 2½ inch squares in the mail, even a basic project gets complicated! 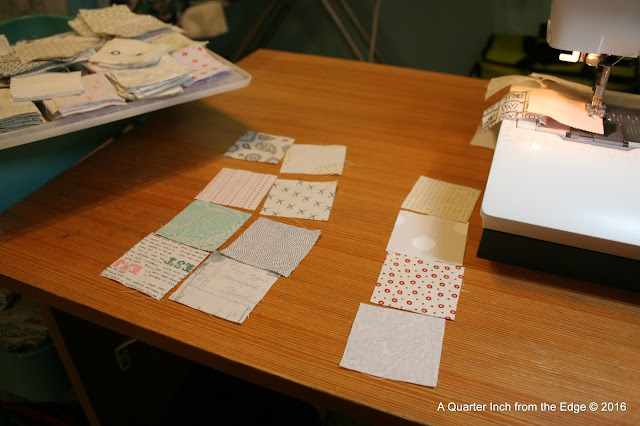 I've started making two other kinds of blocks. A four patch in a square and a square in a square. I'm hoping to use lots of those 2½ inch squares from my Birthday Bonus Club haul, but I want to break things up a little too! 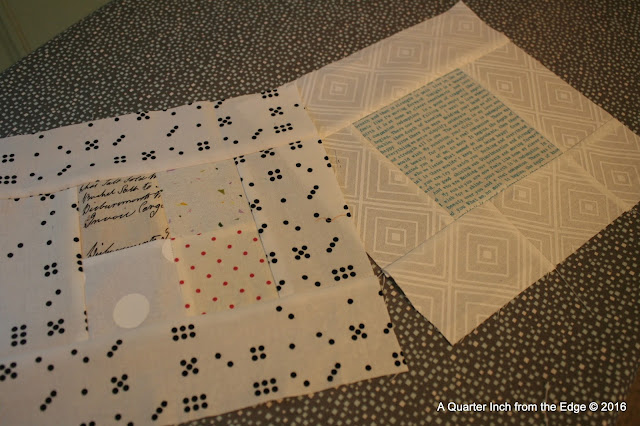 This one is really a pieced block! Don't look too closely at those 2½ inch strips that make up the outer square! This is what comes of not measuring (and being too lazy to take apart a block to redo it)! 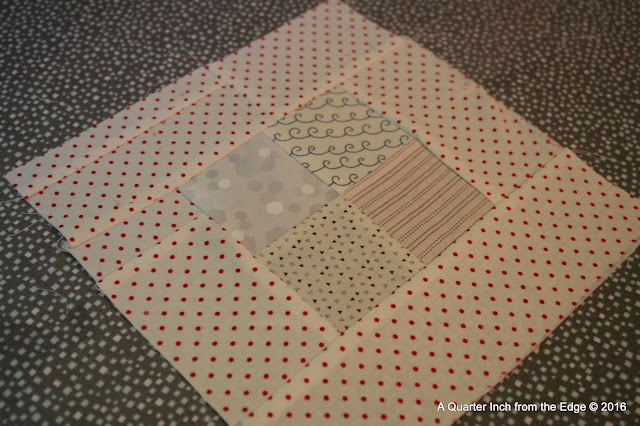 If that wasn't enough, I reached a major milestone with the assembly of Technicolor Galaxy (a.k.a the neverending BOM). After completing six of twelve spokes, I was sidelined by bias binding production. No matter how I looked at it, I couldn't get the fancy version I used last time to work. Screw it. I just those strips on the 45 and sewed them up. I've built my skills. I need to finish this thing!

In the same vein, I decided to ditch the glue basting for this assembly session. It works, but it's fiddly and time consuming. I've proven to myself that I can do it. Now I'm breaking out the Wonderclips! 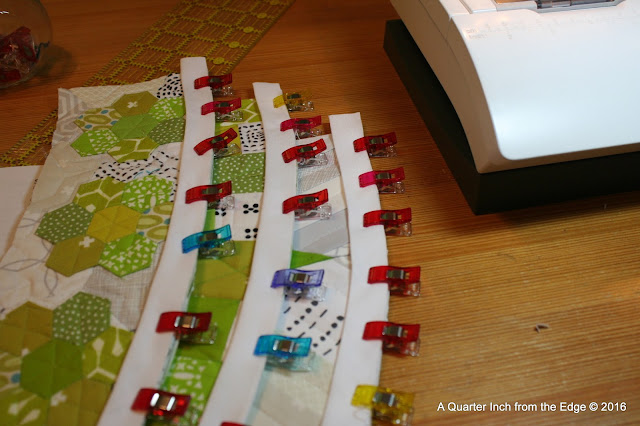 Did the world end? Nope. And I cut my assembly time down to 10 minutes a spoke! 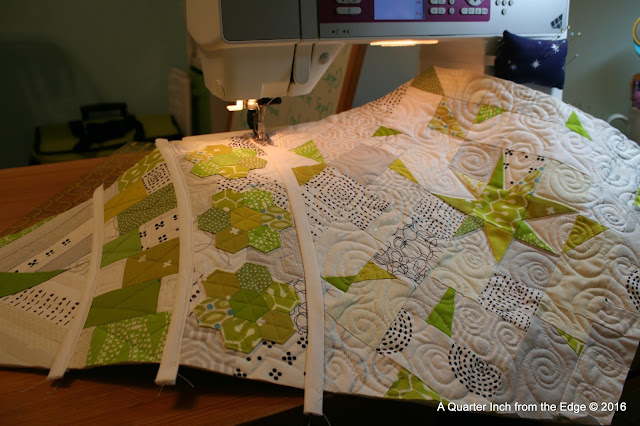 Et voilà! All twelve spokes are assembled! Next step is to make some straight grain binding to join the spokes. Can I get this done for the end of September and achieve one of my FAL 2016 Q3 goals? Fingers crossed! 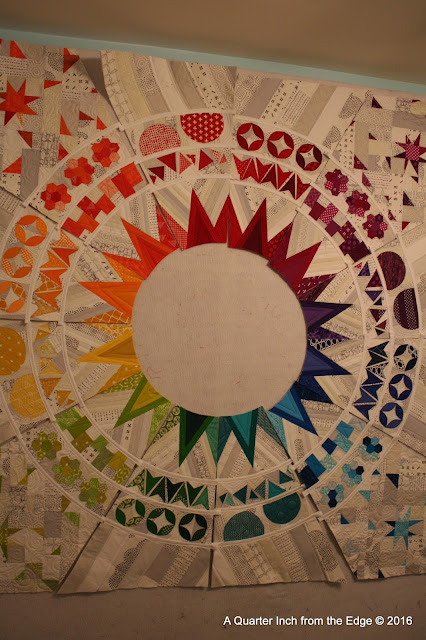 I'm linking up today with Let's Bee Social @ Sew Fresh Quilts, as well as Midweek Makers @ Quilt Fabrications. Pop on over and see what others are working on this week!

Email ThisBlogThis!Share to TwitterShare to FacebookShare to Pinterest
Labels: Can you hear me now?, low volume, Technicolor Galaxy