Another week, another item from The List! You'd have to have a great memory to recall this project - I started it almost a year ago during the Sochi Olympics. It's been quilted and waiting to be bound for a while! 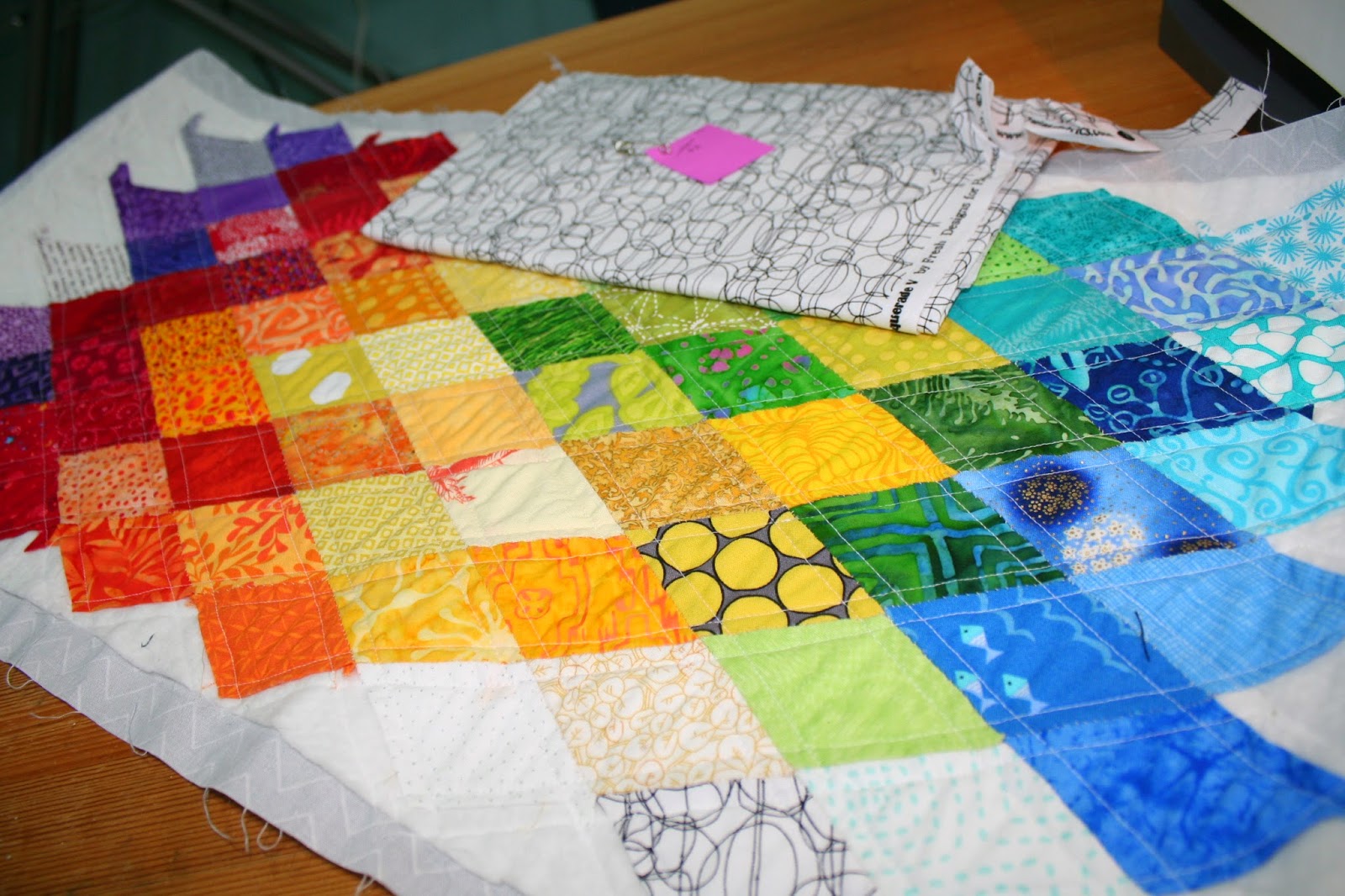 I really did consider trying to find a way to bind this and preserve all those diamond tips. Then I laid down until the feeling passed. Out came the ruler to lop off all those diamonds... I hate doing that. I really do. It hurts me. 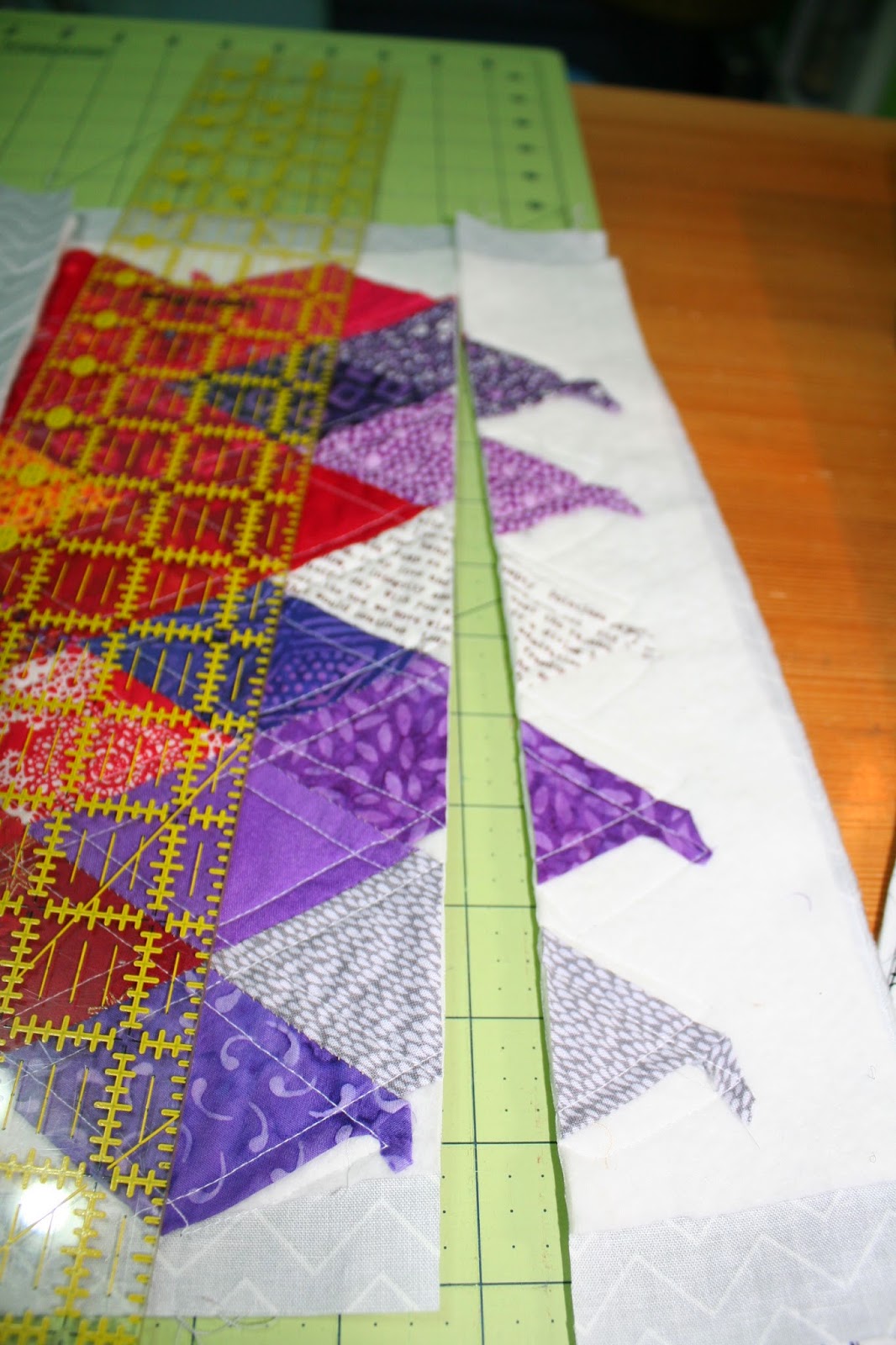 I was so desperate to get this binding on that I even tried to sew it with GT on my lap. That was after bouncing her chair with my other foot for a while and sticking her sookie in multiple times. Not entirely successful... 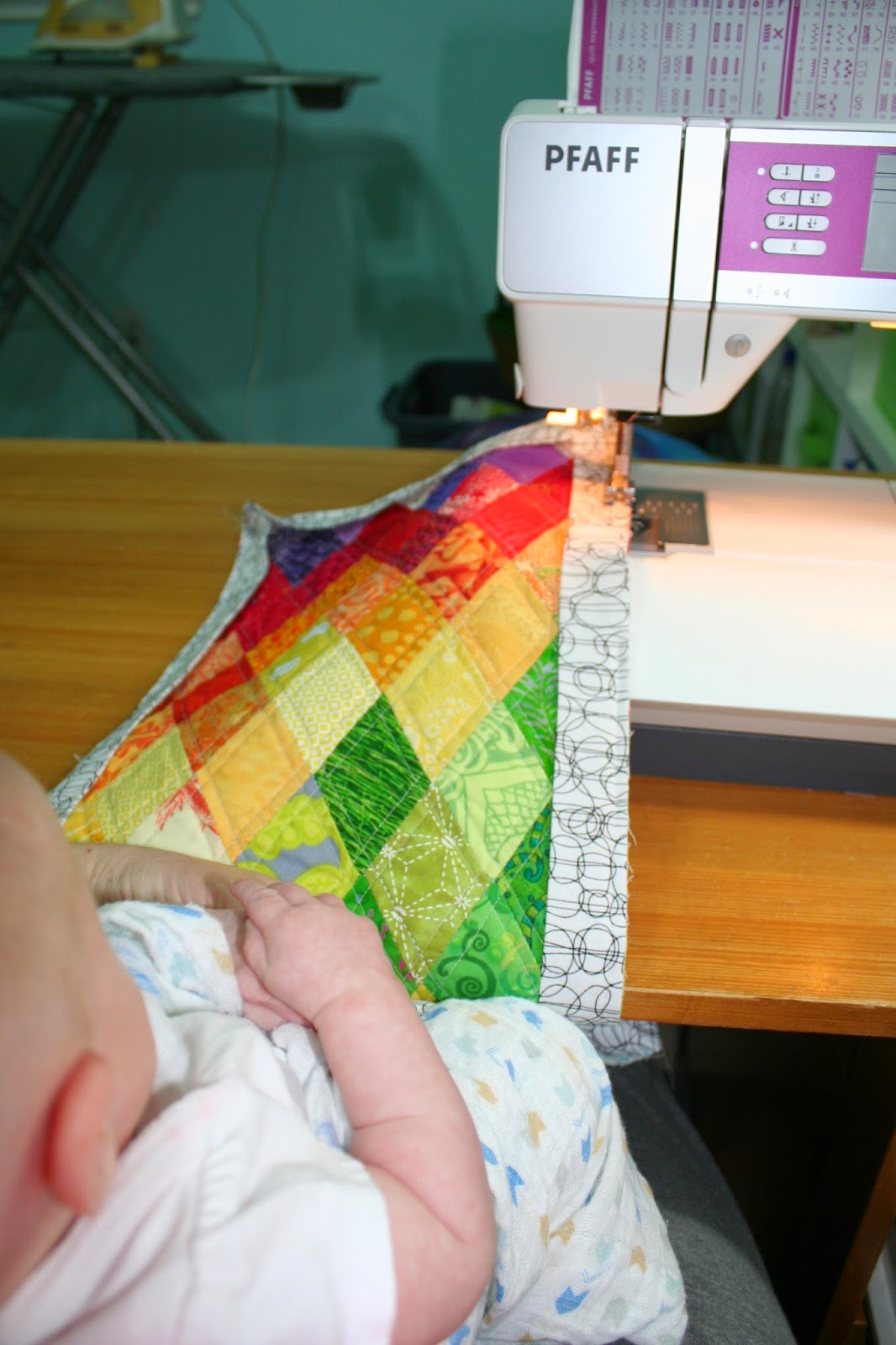 I had everything ready to hand stitch when I realized I should probably put some hanging corners on BEFORE I stitch down the binding. 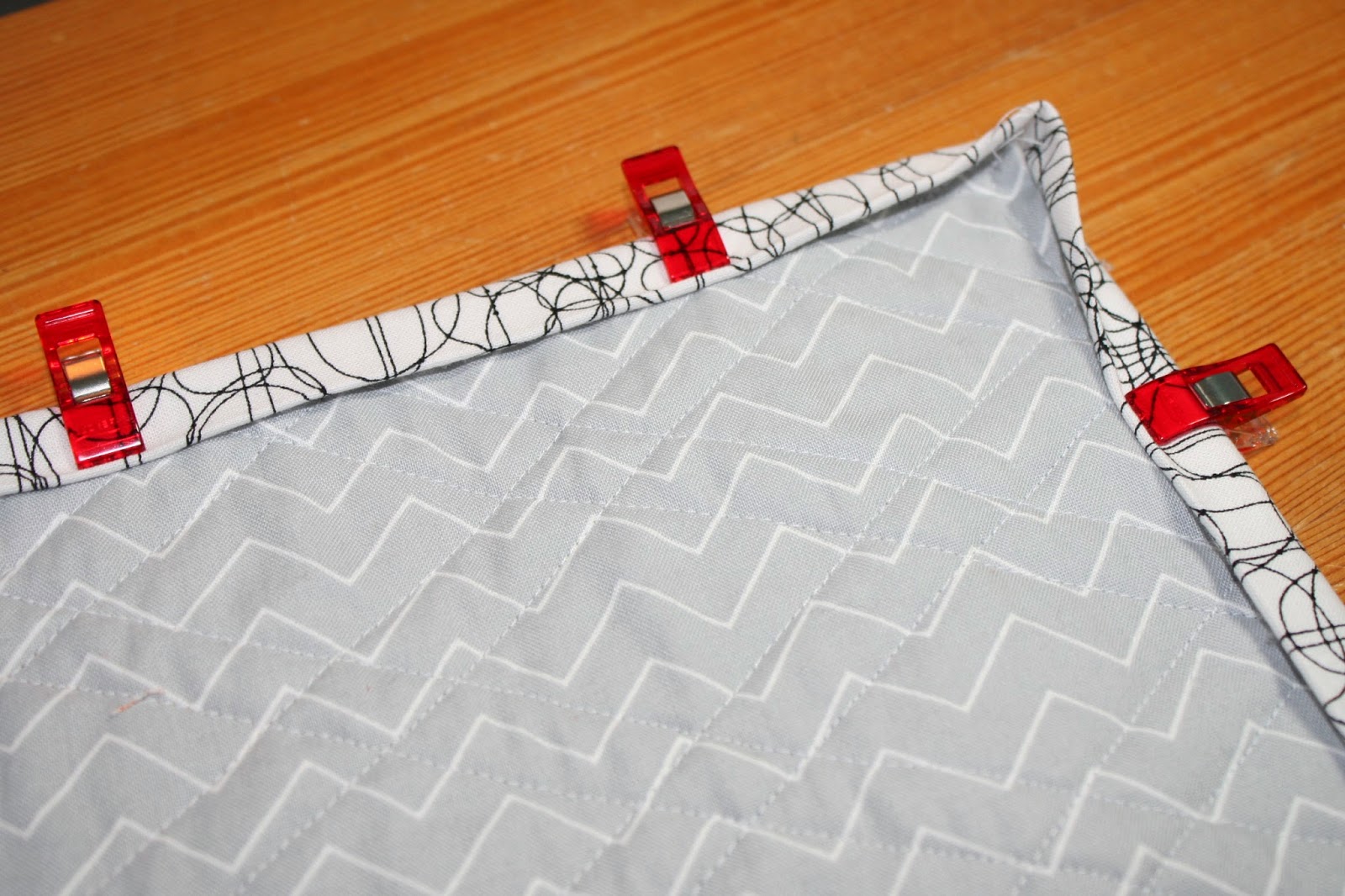 Did I take off the binding? Nope... just tucked it out of the way! I only accidentally sewed it to the triangles once... not too shabby! I thought ahead enough to put four corners on so that I can change the orientation of the quilt for different looks. 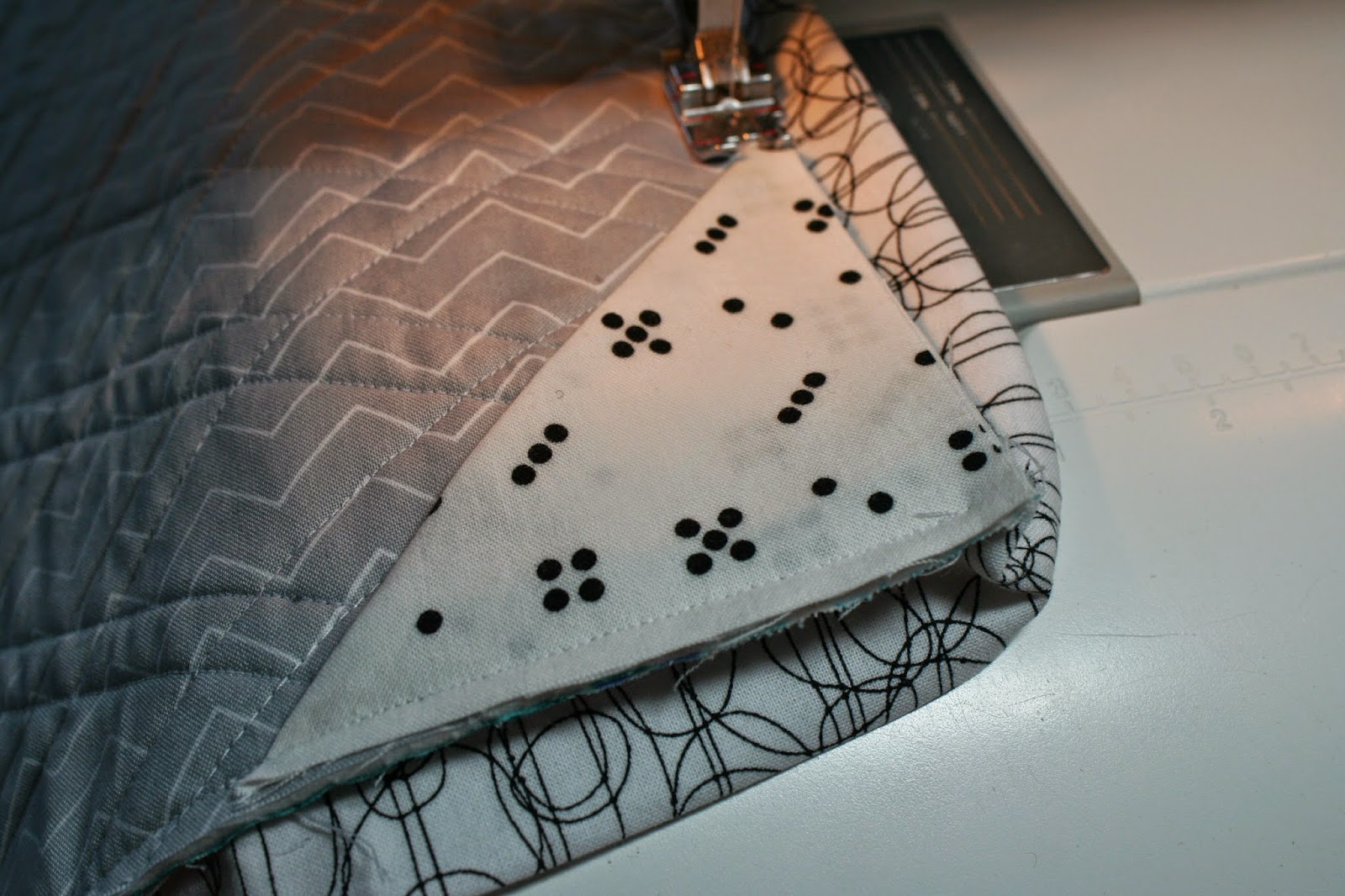 Et voilà! I guess this WIP became a finish when I wasn't looking! And I get to cross it off The List! So satisfying! 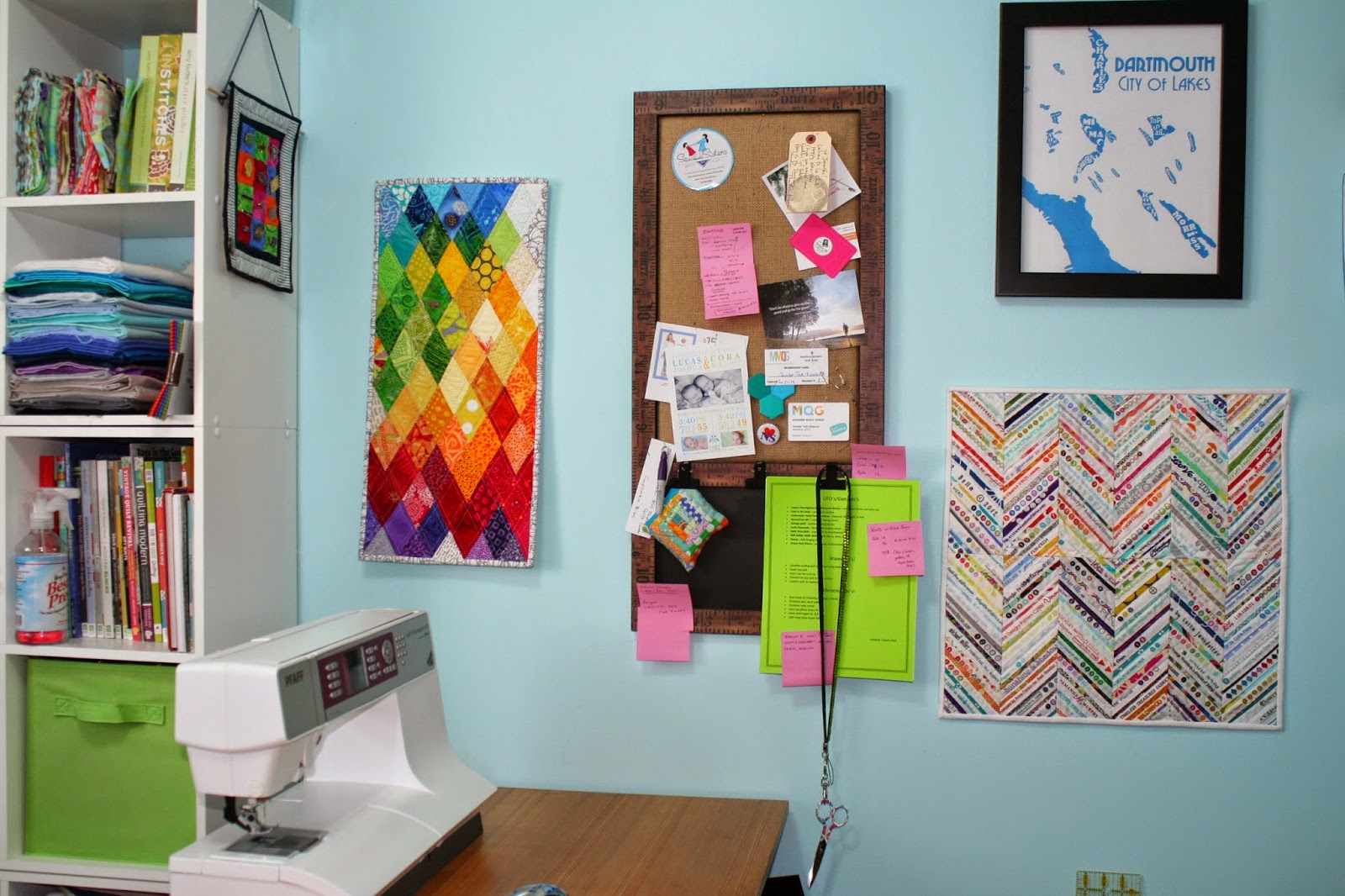 Not only is it finished, it's up on the wall already! No one needs to know that the hanging hardware consists of two pushpins and a chopstick with the tip cut off, right? 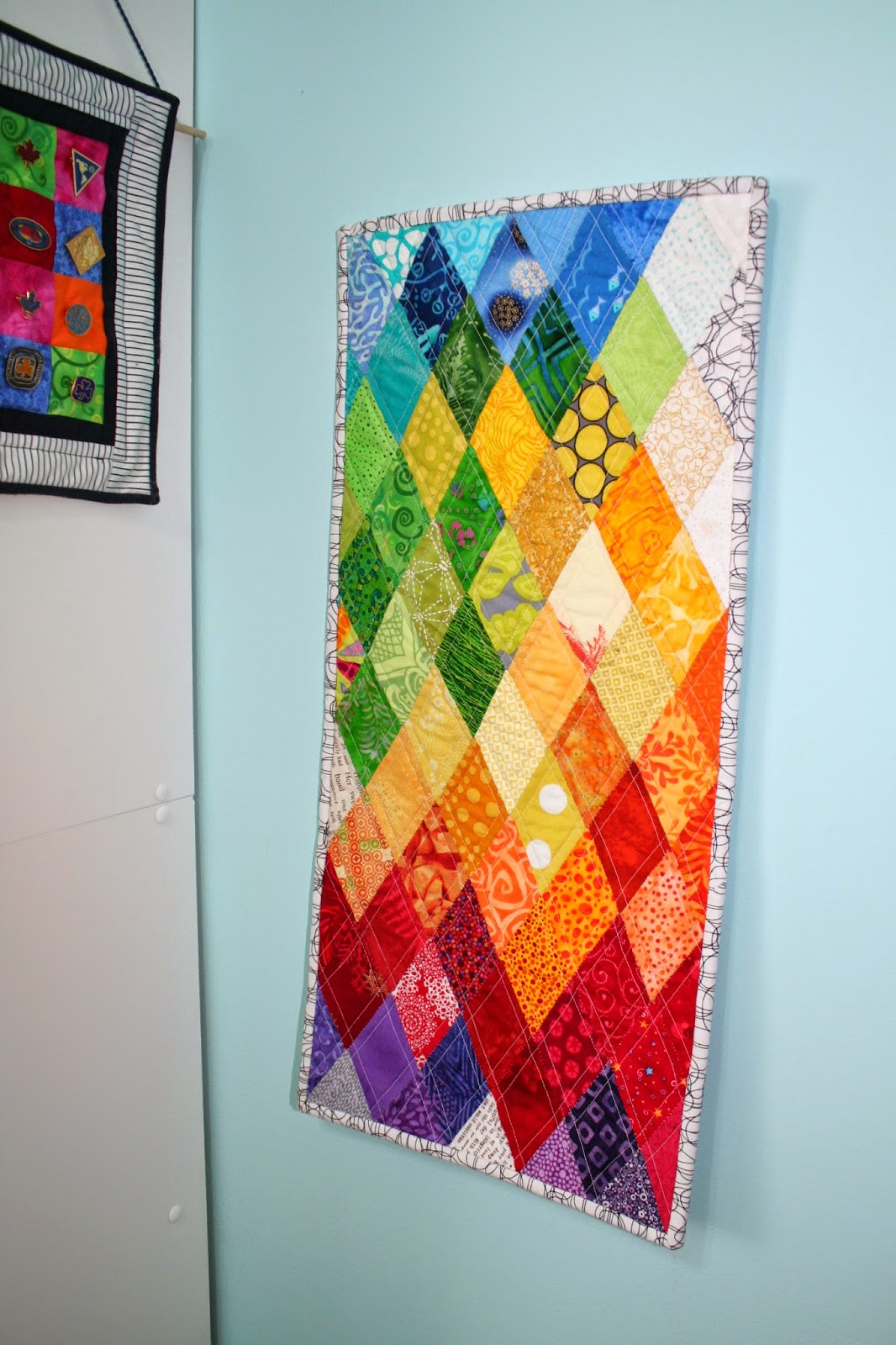 
Binding:  Masquerade V by Fresh Designs for Henry Glass, Hand stitched with Aurifil
Backing: Dear Stella -Do it Yourself Zig Zag in Grey
Favourite Part(s): Stitching along on EPP while watching the Olympics, making something entirely from my imagination inspired by the graphics for the Games

I'm linking up today with Let's Bee Social @ Sew Fresh Quilts, as well as WIP Wednesday @ Freshly Pieced. Pop on over and see what others are creating this week!
J