I've been keeping you in suspense, haven't it? Not much word on my progress on Technicolor Galaxy lately. But there's been a tonne in recent weeks! I did a pile of quilting at the Maritime Modern Quilt Guild Retreat - including these Flower Hexie blocks. 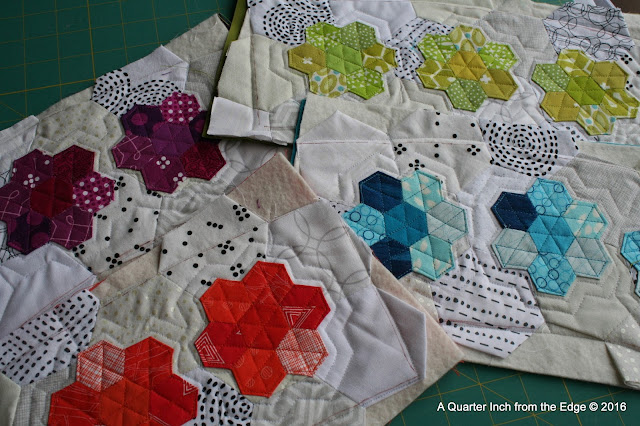 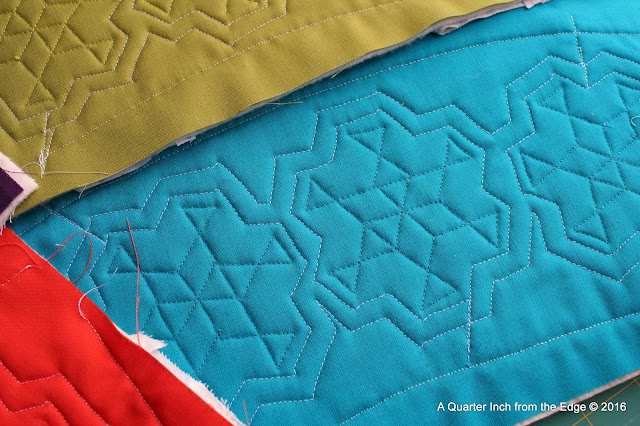 Moons. Do those little circles look like craters to you? They're meant to! 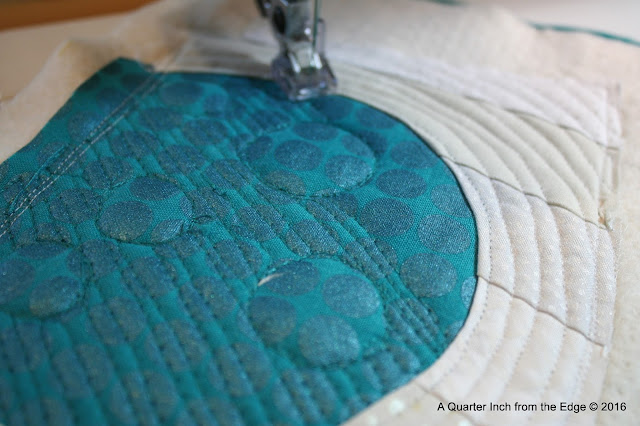 Easier to see the quilting from the back a lot of times! 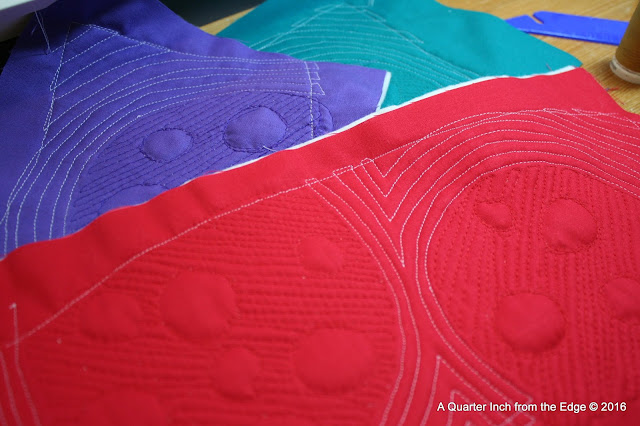 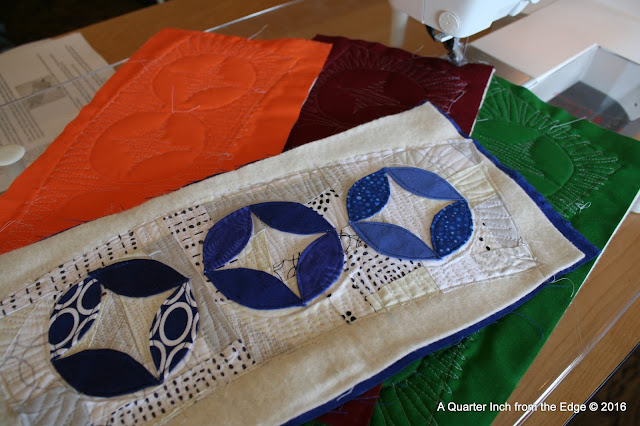 Next up, some wonky star blocks. I love working with the low volumes in this quilt. I'm already plotting my next low volume project. It's a doozy. More on that another day. 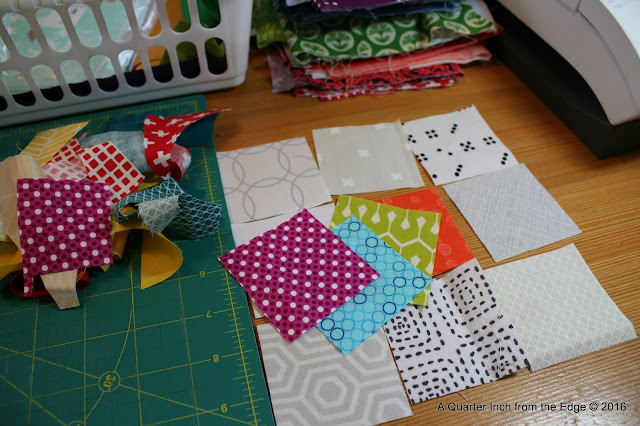 I know Dena @ No Frickin' Blog Yet will recognize that Carolyn Friedlander print in the centre position. 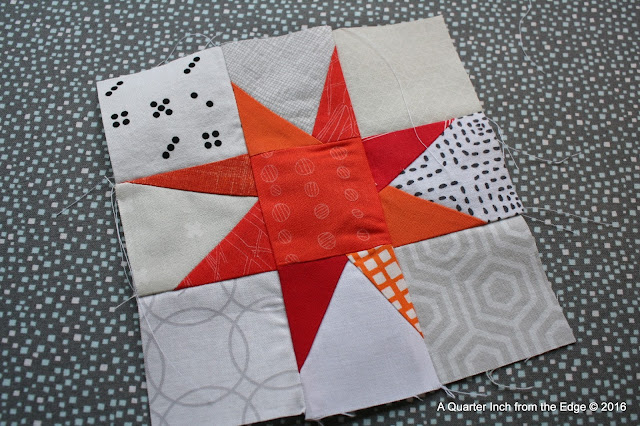 Aren't they lovely? I considered altering the quilt layout to have different colours in the corner blocks, but these ones are just so cheerful. 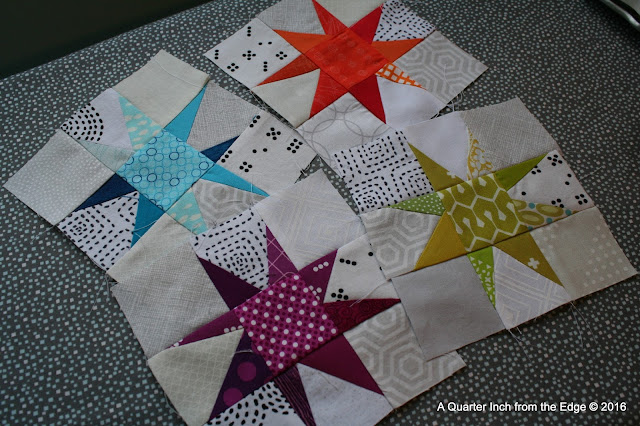 Once the stars were complete, there was a tonne of improv style piecing of low volume strips and bits of various sizes to produce the rest of the corner block. Did I take any pictures of that process? Apparently not. And it took hours and hours. But the final result? Lovely. The bright blue corner has the most variation in value. But it works. I think. 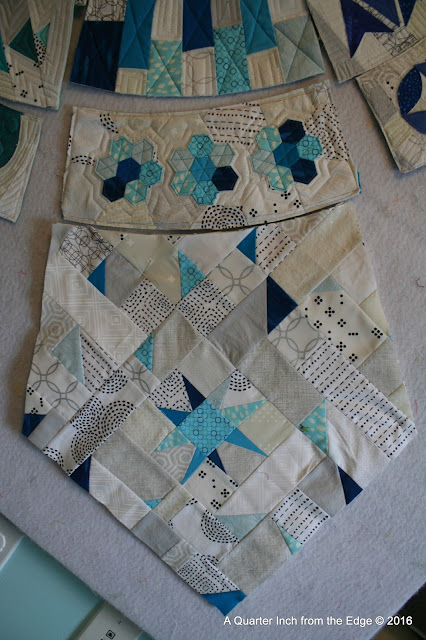 I could show them all, but I'll keep it to two colours! After I finished these blocks, I had the very satisfying task of integrating all my Technicolor Galaxy colured fabric into my stash. 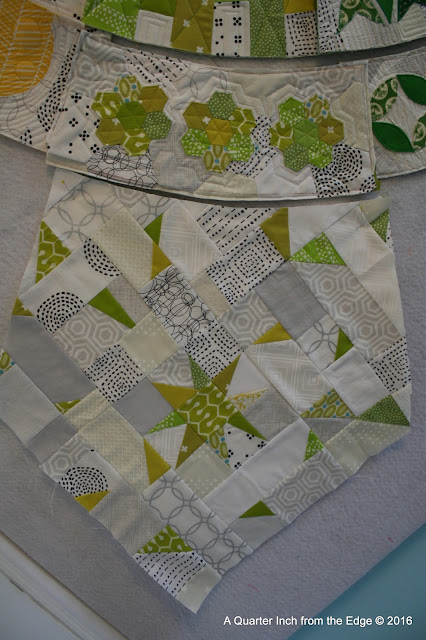 The only thing that I don't like about these corner star blocks is all the parts I had to piece and then cut off. I've tucked the trimmings away for a little something. Maybe a zipper pouch? 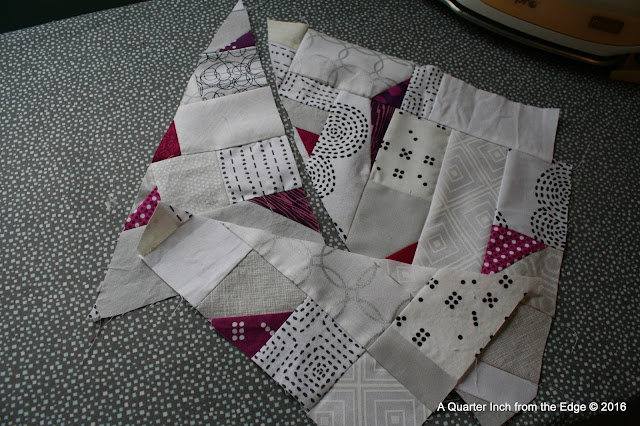 With the corner stars done and dusted, it was on to the last set of blocks - centre blocks. So many 2½ inch strips! I started to run out of places to put them on my small workspace. 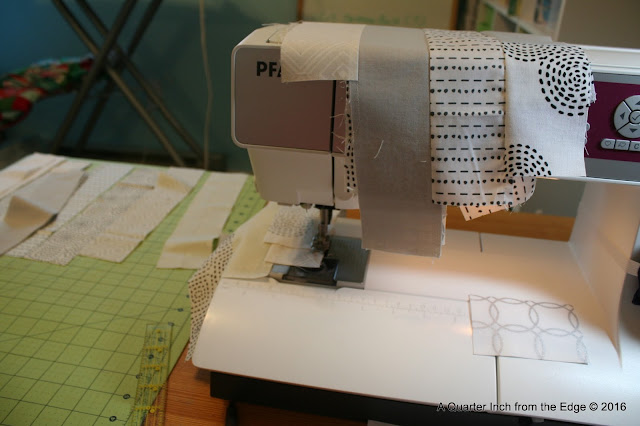 Once the strips were pieced (staggering them with precision), the template was lined up with the seamlines and the excess trimmed away. It gave my such satisfaction to iron on this last template. There were SO many in this project! 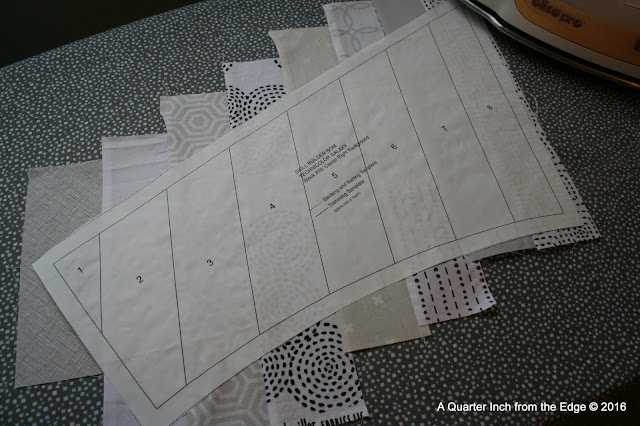 Et voilà! One of eight blocks done. They're not fancy, but they don't need to be. This quilt has a LOT going on. 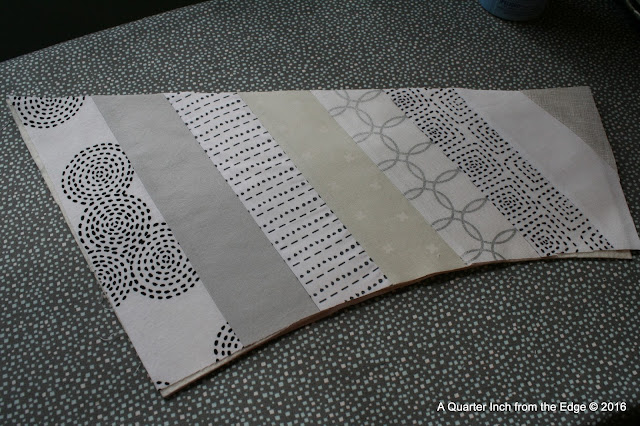 My supply of low volume wasn't quite up to the task of finishing these blocks, so each one has a pieced strip (except, apparently, the one I pictured above... which I didn't know until I wrote this post!). I'm going to consider them a unique touch to make this BOM a little more my own. 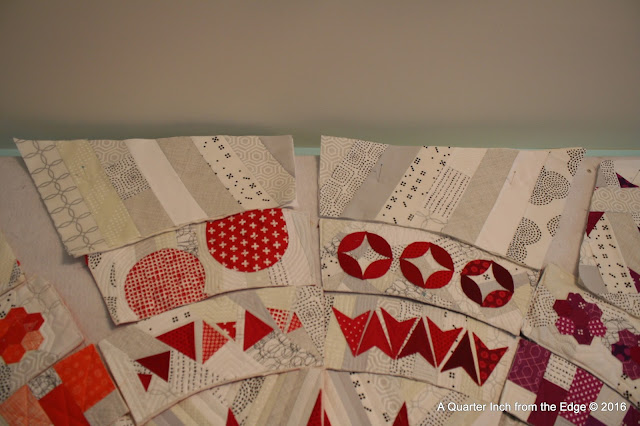 And here we are! All the blocks are pieced! It's not the greatest pic, but it's getting hard to get far enough away to get it all in. It will be 60 by 60 inches and I have no early idea what I'm going to do with it. 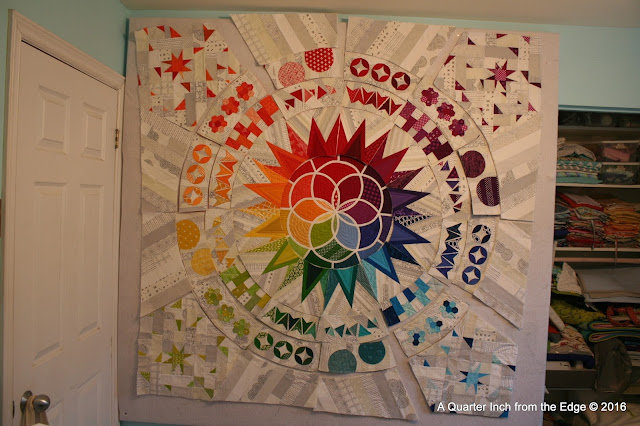 The corners and centres are layered and ready to quilt. Yay! Once they're quilted, I will have completed 5 of my 6 goals in Q2 of Finish ALong 2016. Not too shabby, especially considering I have until the end of June. ☺

I'm linking up with The (Canadian) Needle and Thread Network, as well as with Let's Be Social @ Sew Fresh Quilts. Pop on over and see what others are working on this week!