Are you tired of reading about my adventures at Glamp Stitchalot? It's okay. Feel free to mark as read if you need to!

Okay. Day 2. First class of the morning was Rashida Coleman-Hale's. You might know the fabric line she does with a few friends, Cotton + Steel? I was a true suck up and used her XOXO Basic print. 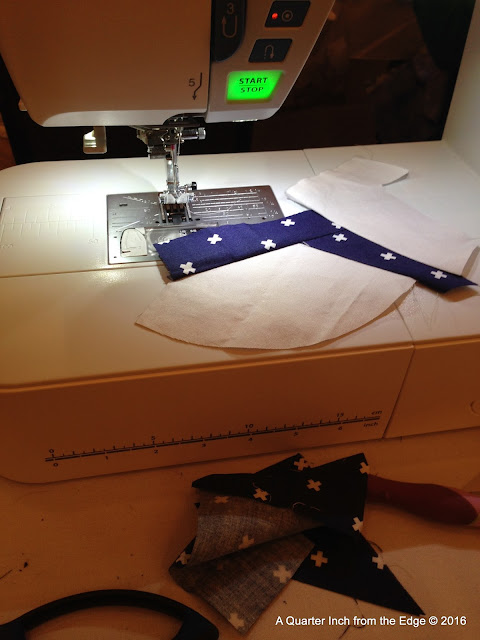 Umm. It was at this point that I realized I had switched my background and plane colours. Damn. Oh well, keep rollin' and call it a design choice! 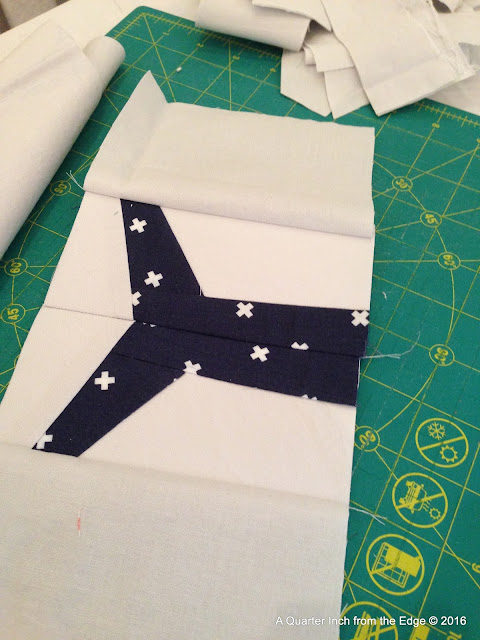 The majority of the block is paper pieced, but some is pieced construction and the the nose of the plane is a very, very wee curved section. Yikes. 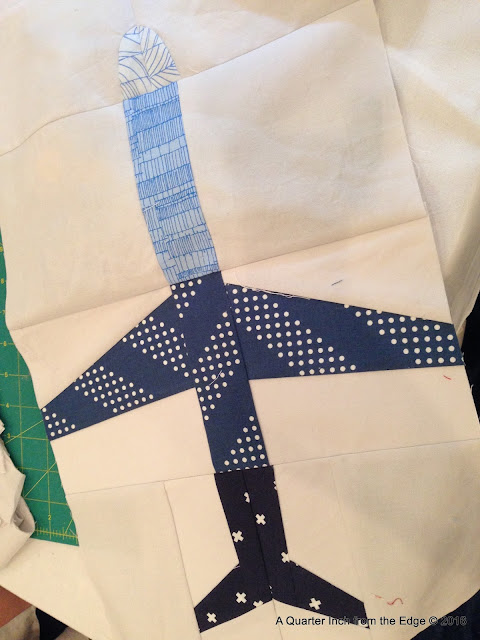 I managed to whip up another block as I had originally planned. Much better! I'm going to make a second one of these to complete the plane row. 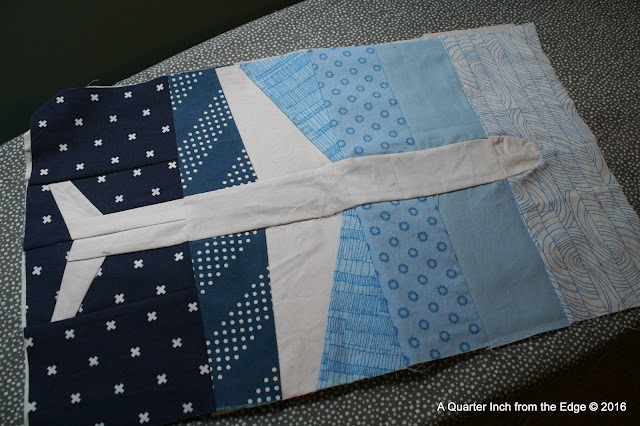 I wasn't crazy excited about the plane block, but once I met Rashida, that feeling disappeared. She was so warm and funny, laughing at her own design issues with the block, and making mistakes in her demo to put us at ease! 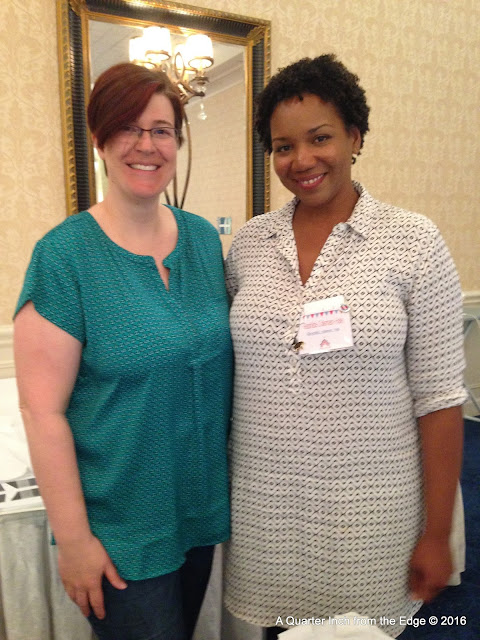 Can you even believe I'm standing next to a Cotton + Steel founding designer? I was definitely starstruck!

And then things got crazy. Second class, queen of low volume, Carolyn Friedlander. So much paper piecing. Lots of opportunities to use that handy wooden roller! 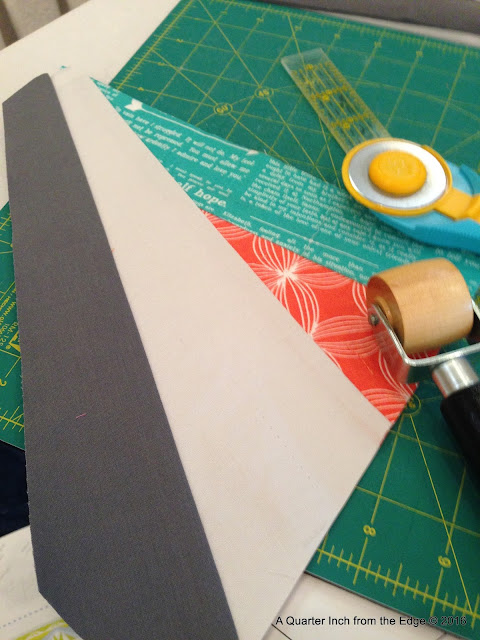 Carolyn's game changer? For those long pieces that always seem to shift when you're paper piecing, use a basting stitch to hold them in place. I've used glue, but I like the basting as well. Definitely a new idea for me! 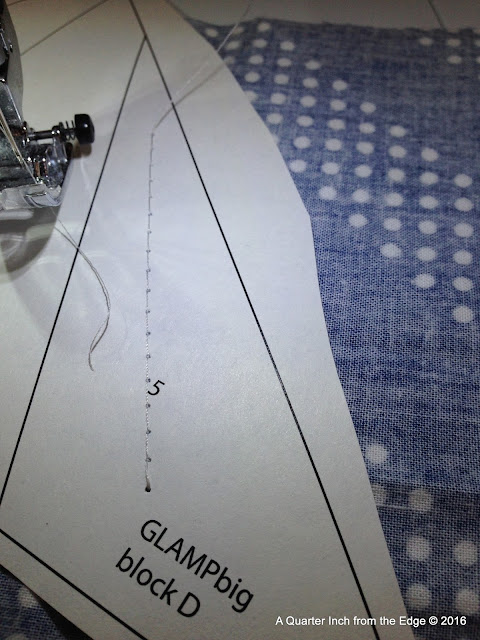 I will admit here and now that I am NOT happy with how my blocks came together for Carolyn's class.  It was 100% my design choices, not her block. I tried scrappy. It looks like the dog's breakfast. I'll reveal it when I re-work it! ☺

Our sixth and final class was one I had been looking forward to from the moment I signed up for Glamp - quilting rock star, creator of Hazel and Preppy, Elizabeth Hartman. I will say here and now that my prep work paid off during this session! 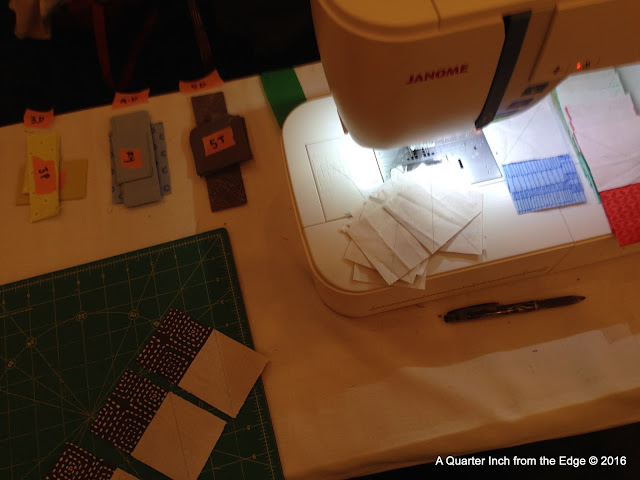 I love the colours that Elizabeth chose for her sample row. As if I ever don't love her fabric choices! 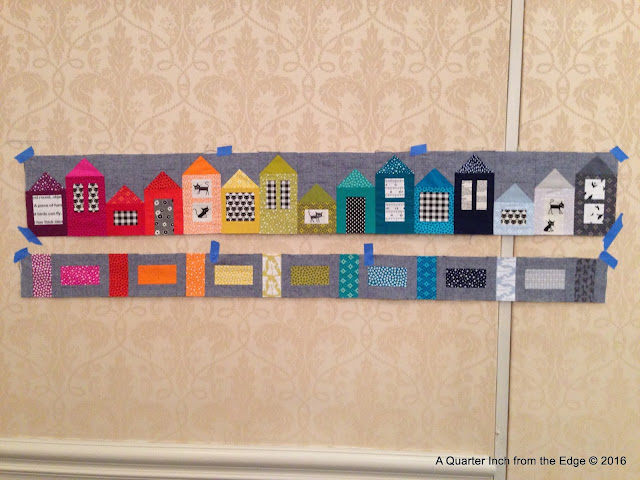 Elizabeth's game changer tip was one I didn't use. I pre-cut all my fabric and didn't fussy cut as she did for the windows and doors. But I'll definitely be doing as she did in the future. She cut a square of freezer paper to the finished size of her fussy cut. Then you can iron it right on the fabric and make sure you have a perfect fussy cut.. i.e. you don't cut off a wee kitty's tail! Then you just add your seam allowance before you cut it out. That's how she got those kitties so perfectly placed! 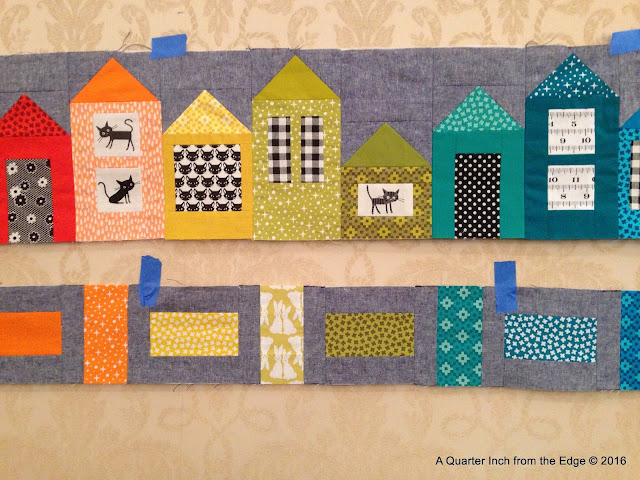 And here are my houses! I even finished them during the class! 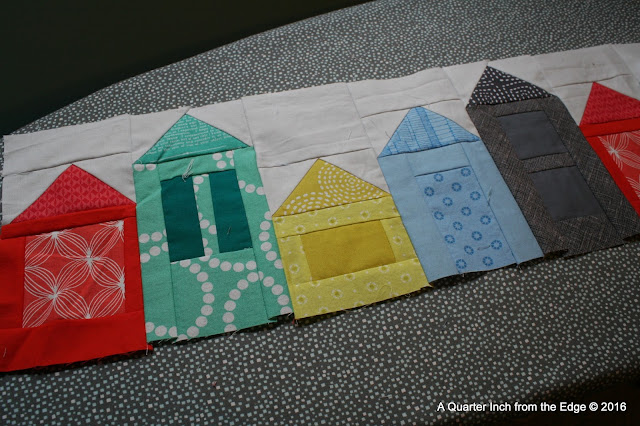 One of the highlights of this class was this moment... 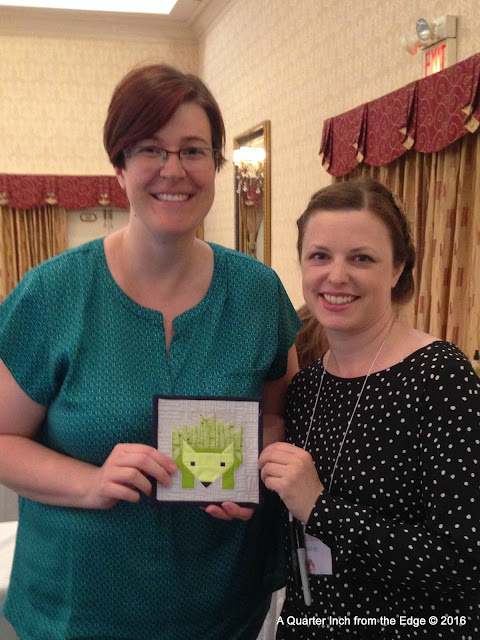 Introducing Wee Thistle to the person who inspired her creation! More on Wee Thistle at a later date. So many things to blog about. And I swear I am not a giantess. Elizabeth Hartman is wee. Very wee.

Thanks for reading about all my Glamp Shenanigans. Is it wrong that I'm plotting thinking about how I can get to another event like this? It was restful, inspiring, pretty much awesome. I've even been wondering if it's something I could organize. Hmmmm....