To start putting this thing together! Lesson 11 was released a few weeks back and I really, really want to complete my Technicolor Galaxy quilt. I'm at a year and half of work here. The time has come!

Before any assembly could begin, a LOT of trimming had to happen... 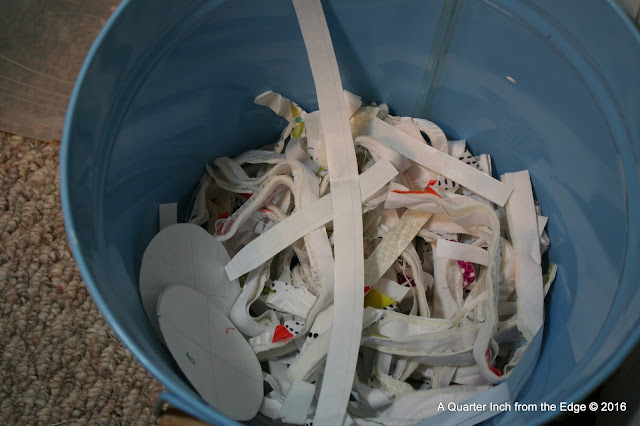 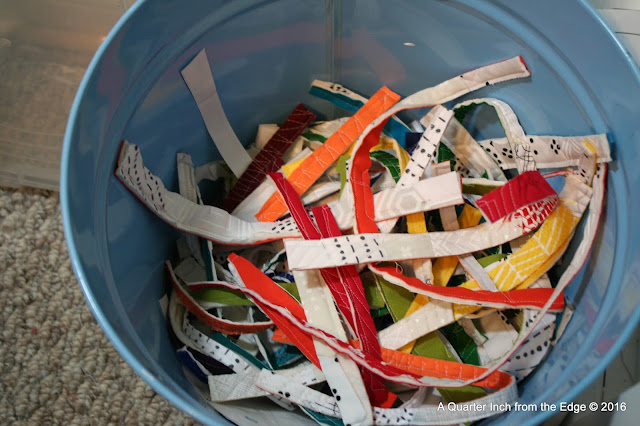 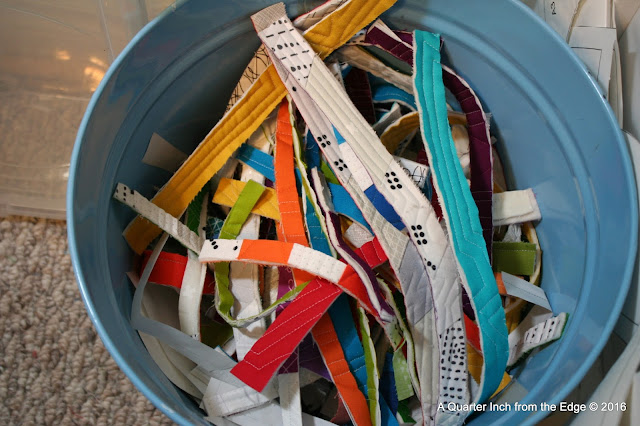 The bin is almost full! 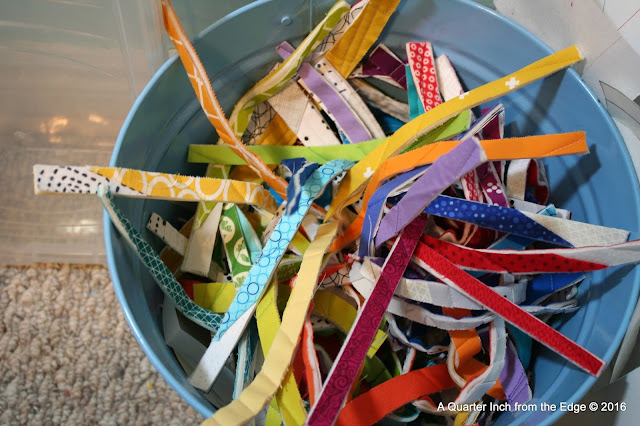 Okay... those might not be interesting pics to you. But taking them might allow me to let go of these scraps instead of hoarding them due to prettiness.

The trimming took a long, long time. The freezer paper templates used for the batting and backing had to be trimmed down and ironed to each and every block. Yikes. Wish I could have done that as the blocks were finished, but I was too chicken to do so without the instructor's full explanation! 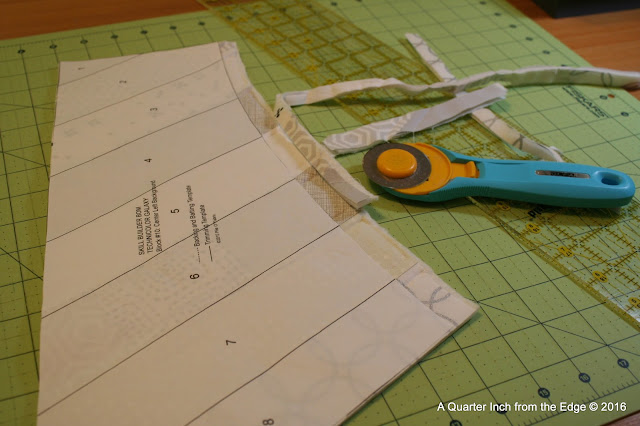 A weird angle, but the best light I managed to snag! All trimmed except the centre medallion. That's not done until the spokes are joined. I love it, but I want it off my design wall. 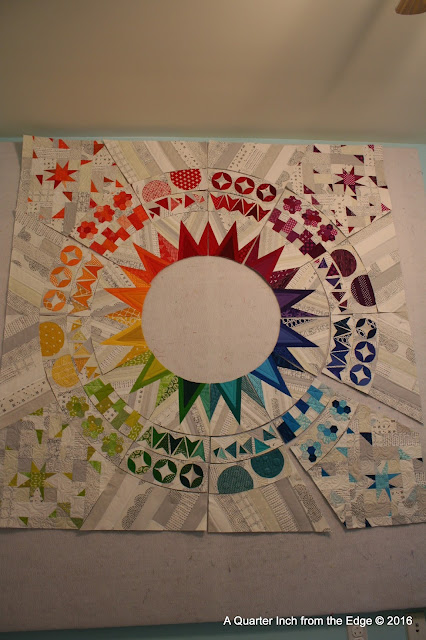 With all the blocks trimmed, I had to bite the bullet and start making the bias binding. It was so tempting to just do it the way I've done it in the past, but hell... this is a skill builder, right? So I followed Alyssa's directions to the letter! 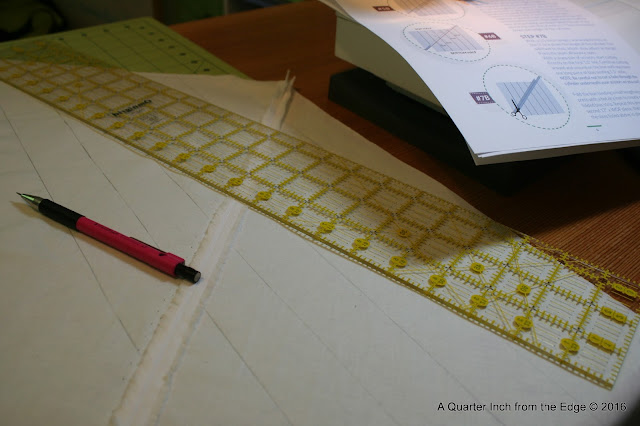 So much marking.... and pinning! 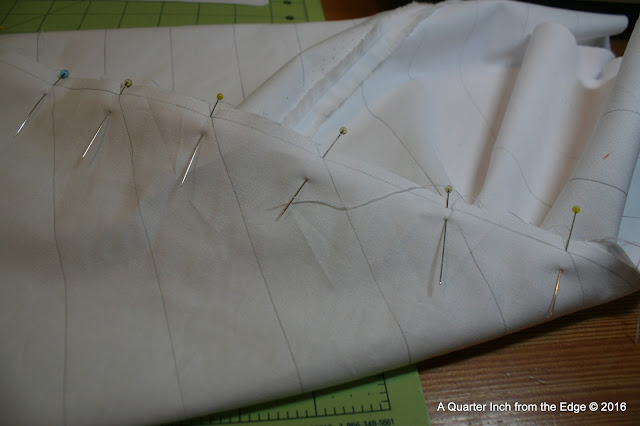 Sewing this strange tube was, well.... strange. But I followed the directions, so it's gotta work, right? 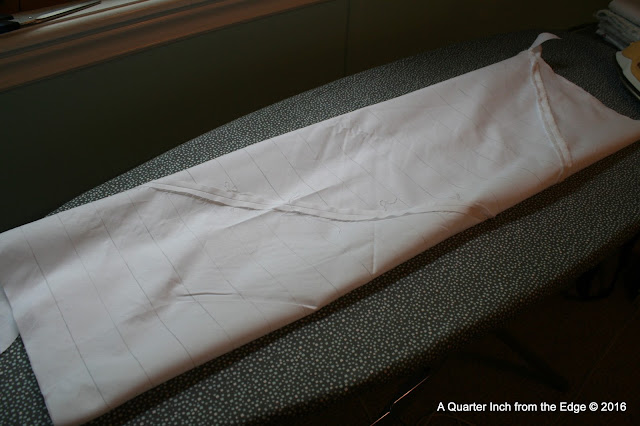 Sharp scissors and an ability to follow the pencil lines = a magical pile of bias binding! Now I just need to make another batch... and two batches of straight grain binding. It's a long, long process this assembly!


I'm linking up with Let's Bee Social @ Sew Fresh Quilts. The lovely Lorna had a slew of giveaways for the last 10 days. She's so generous!