Woo hoo! My banner blocks are done on time! Each member was offered the opportunity to make a block to border the an amazing center section featuring our name and logo (check my sidebar for a pic of the logo). 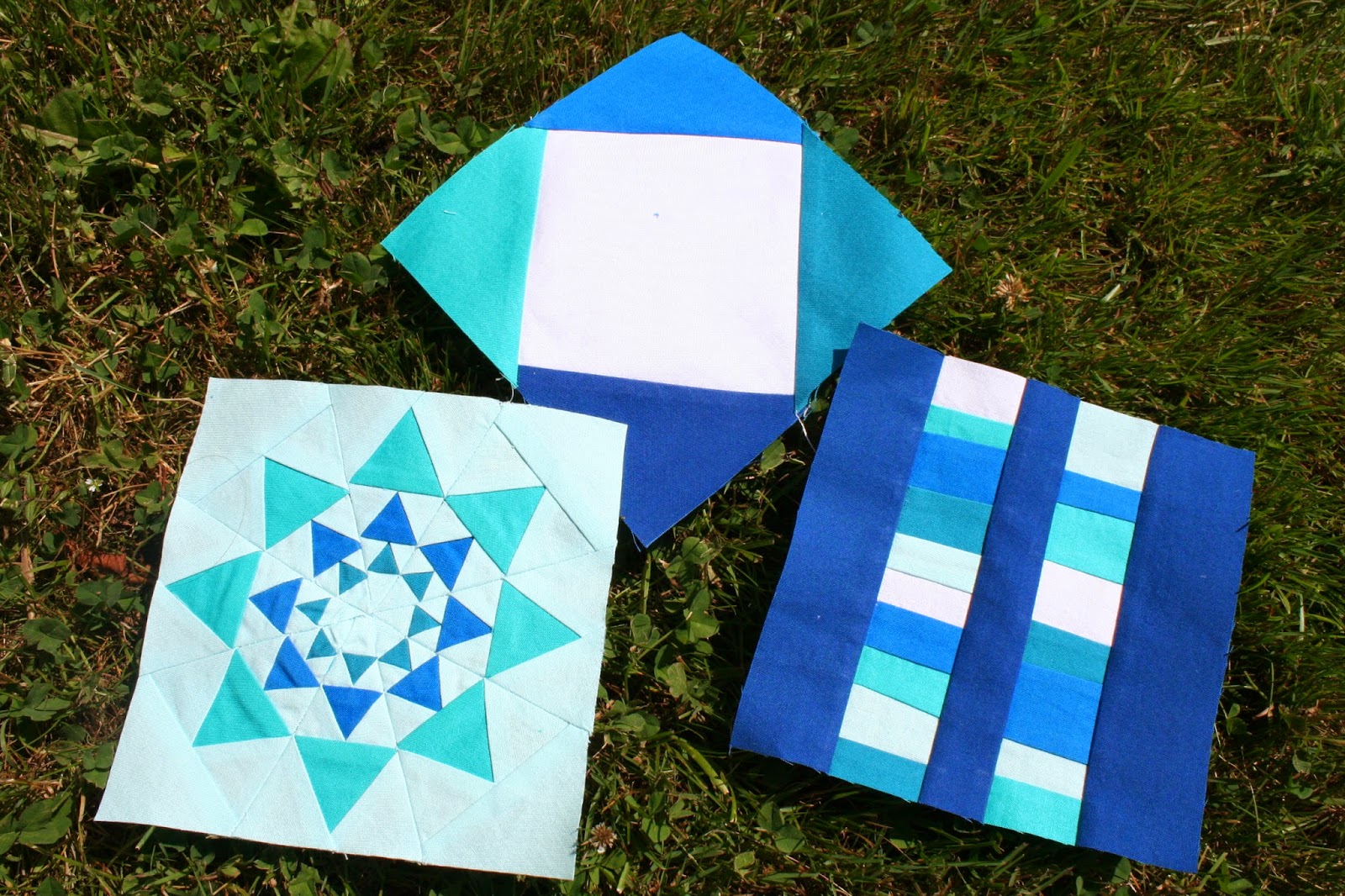 And we even got the fabric - Konas donated by Robert Kaufman (White, Pacific, Prussian, Aqua, Oasis, and Breakers).
I decided that since I was only making a couple blocks, I wanted to do something complicated. Why do I do this to myself? I had to take this apart more times than I'd like to admit... and there's still a spot that's a little haywire. But if you squint it looks good! 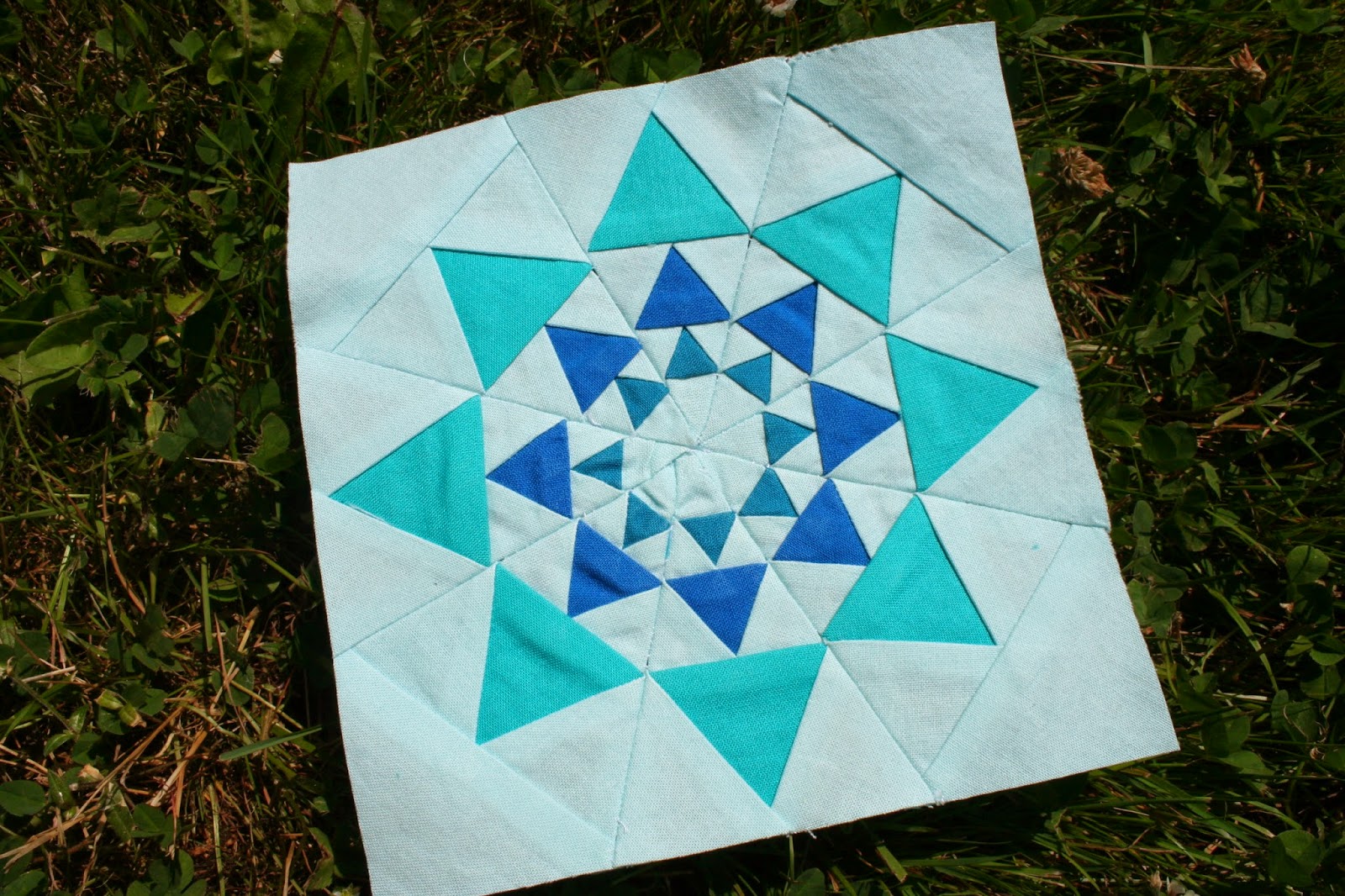 I was lucky enough to get to make two! For my next trick, I chose something that wasn't as likely to make me swear and reach for the seam ripper. It's sort of a Chinese Coins improv-y dealio. It's a little washed out in this pic... très sunny! 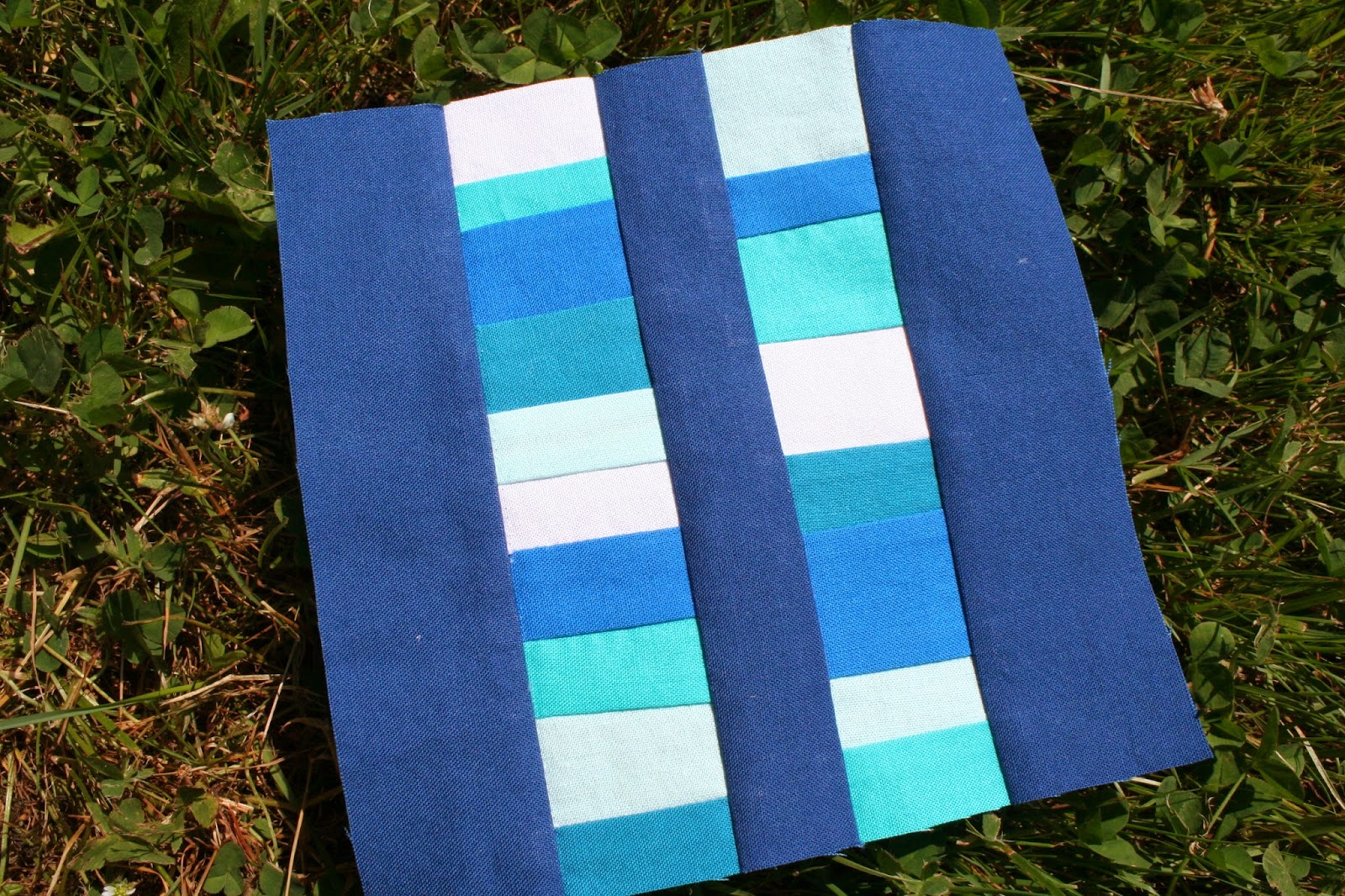 In addition to the border blocks, we were also asked to make a signature block for the black of the banner. Here's mine... 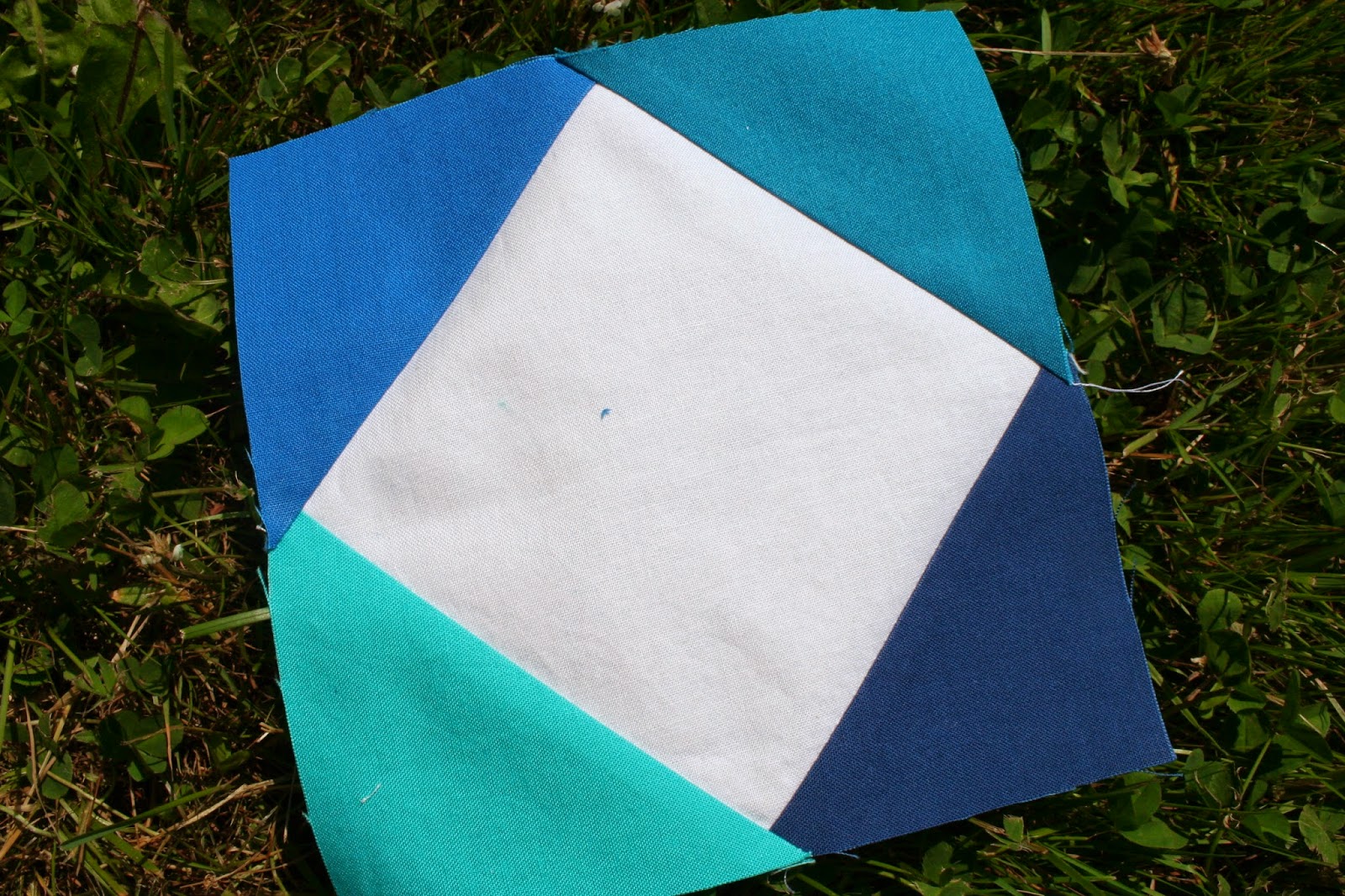 I used this tutorial to make it. Not too fancy, but it is for the back after all! And yes, I plan to sign it before handing it in! ☺ Can't wait to see what the banner looks like after Linda from Scrapmaster gets her free-motioning little paws on it. It's going to look wicked good!

Tonight I'm off to our August meeting. I love that our little guild meets 12 months of the year! To make it even better, we're meeting at that new fabric shop I told you about last week. And we'll find out who won our guild's Michael Miller Challenge. I'm pretty sure it wasn't me! ☺