Now that I've finally shared the news about "Double Trouble" with my bloggy readers, I feel better about sewing for them. Isn't that weird? I have started on their quilts, but am stalled by the need for a particular colour of Kona. #colourcardproblems.

While waiting for the perfect Kona to appear in my studio, I've had time to sew other goodies for them. I started out with burp cloths. I figure I'll need a lot of them. "The List" (as copied from Twiniversity... yes, that's a real thing) doesn't say how many we'll need, but I figure two babies spit up a lot! 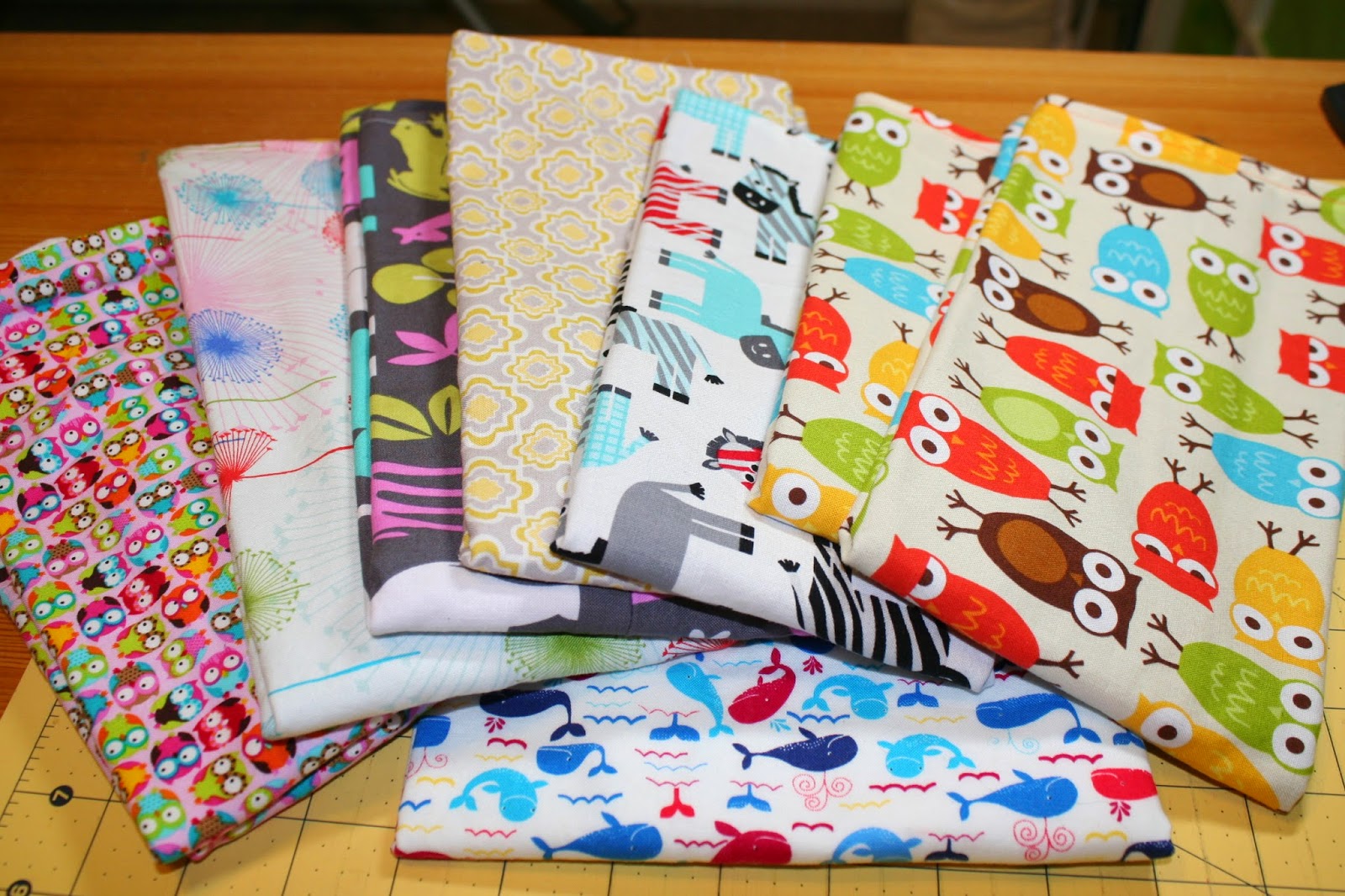 I went through my stash and used some fat quarters that I had hanging around. Sometimes I give in to a cute fabric and buy a FQ just so I can take it home. They came in handy for burp cloths. For the backing, I used re-purposed t-shirts. They've already been washed a zillion times so they're very soft. When I first made these for Q-B's grandson, I used this tutorial at Made by Rae.


Then I moved on to bibs. I used this tutorial from Two More Minutes. I didn't have any terry cloth on hand, so used flannel for the backing. I found them a little small, but I guess the babies will be small... at least for a little while! ☺ 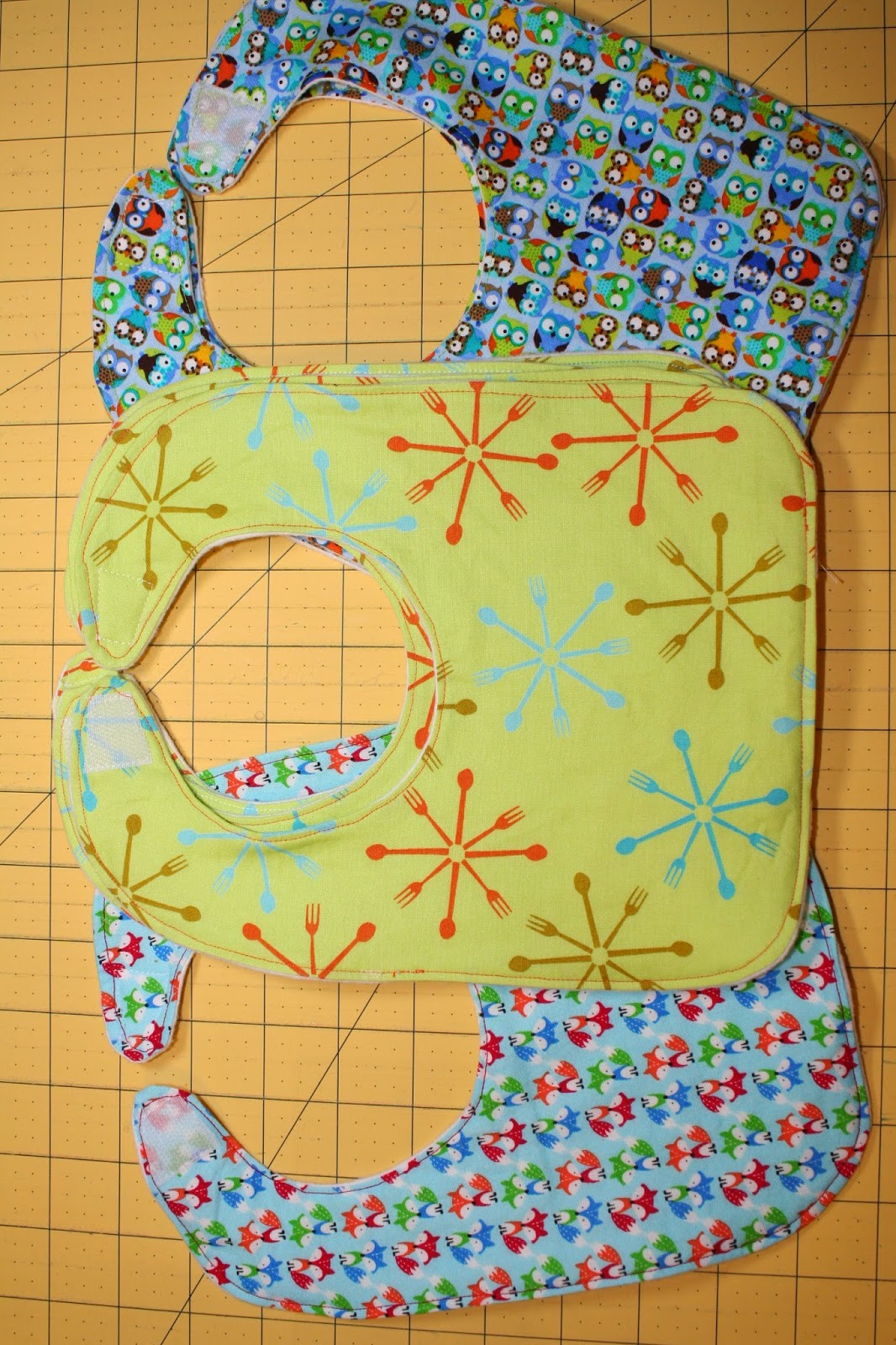 I figure they won't stay that way, so I found this tutorial from Alice & Lois for some larger bibs. 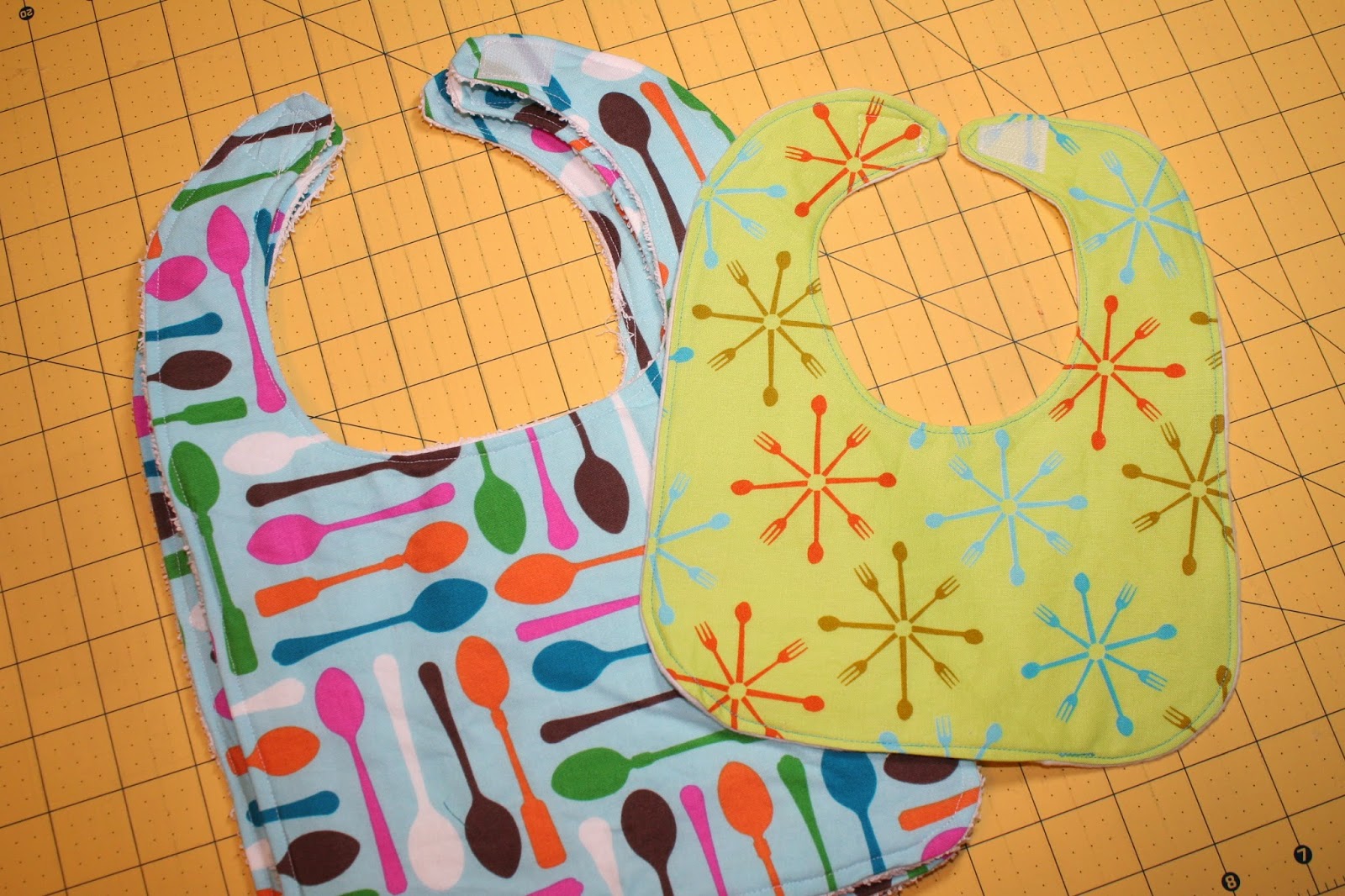 I made sure I had terry for the backs of these ones. The ladies at my LQS are perplexed by my odd purchases of late - flannel, terry, interfacing? What on earth!? 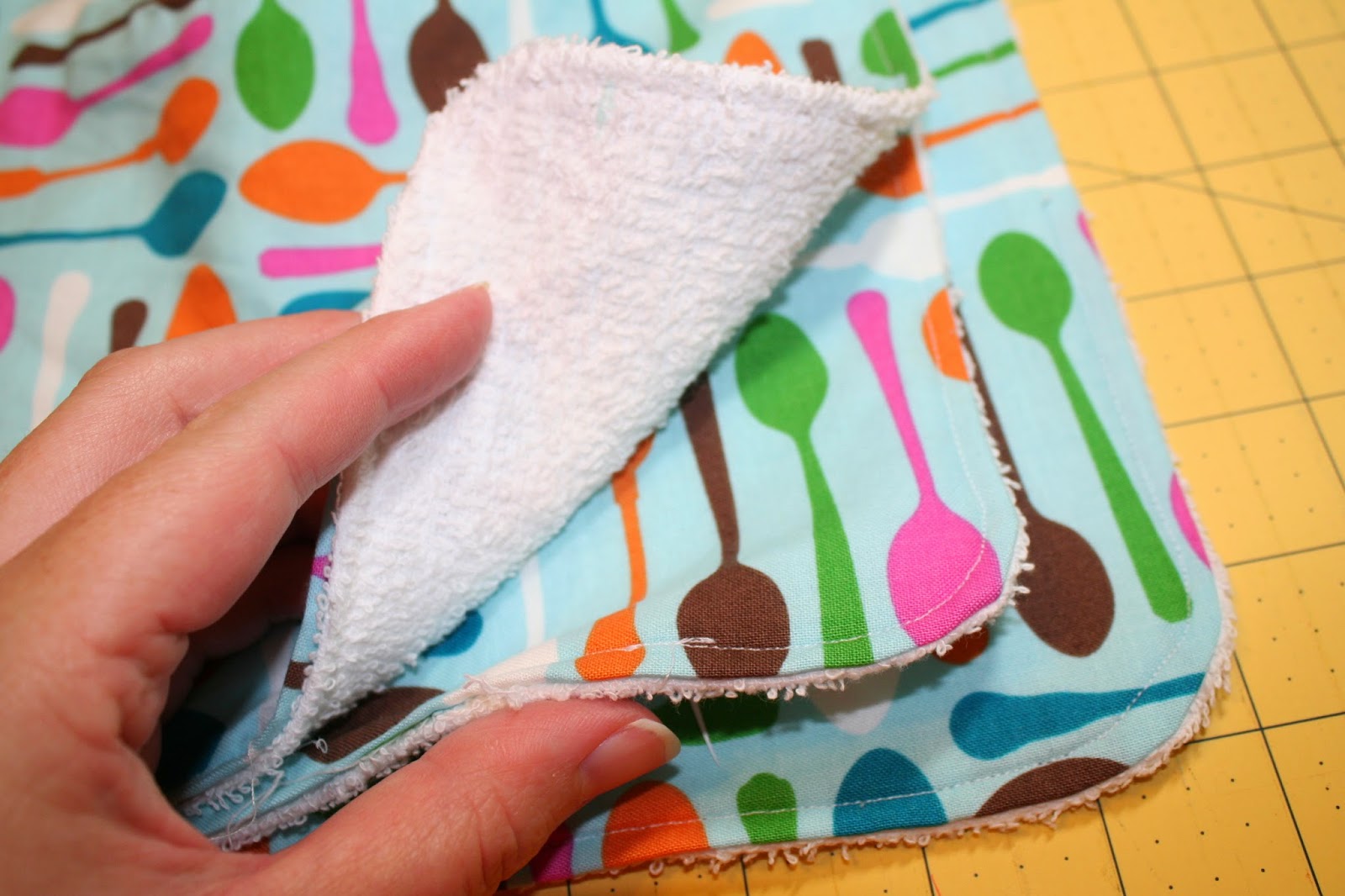 Though I've seen some nice tutorials out there, I haven't bothered with making fancy pieced bibs. I mean, these are going to get messy, right?

We've got every last bit of painting done in the nursery and closet is finally rid of my fabric stash (don't think that wasn't a big job!), so I'm starting to think more about how it's going to come together. I've been making these... 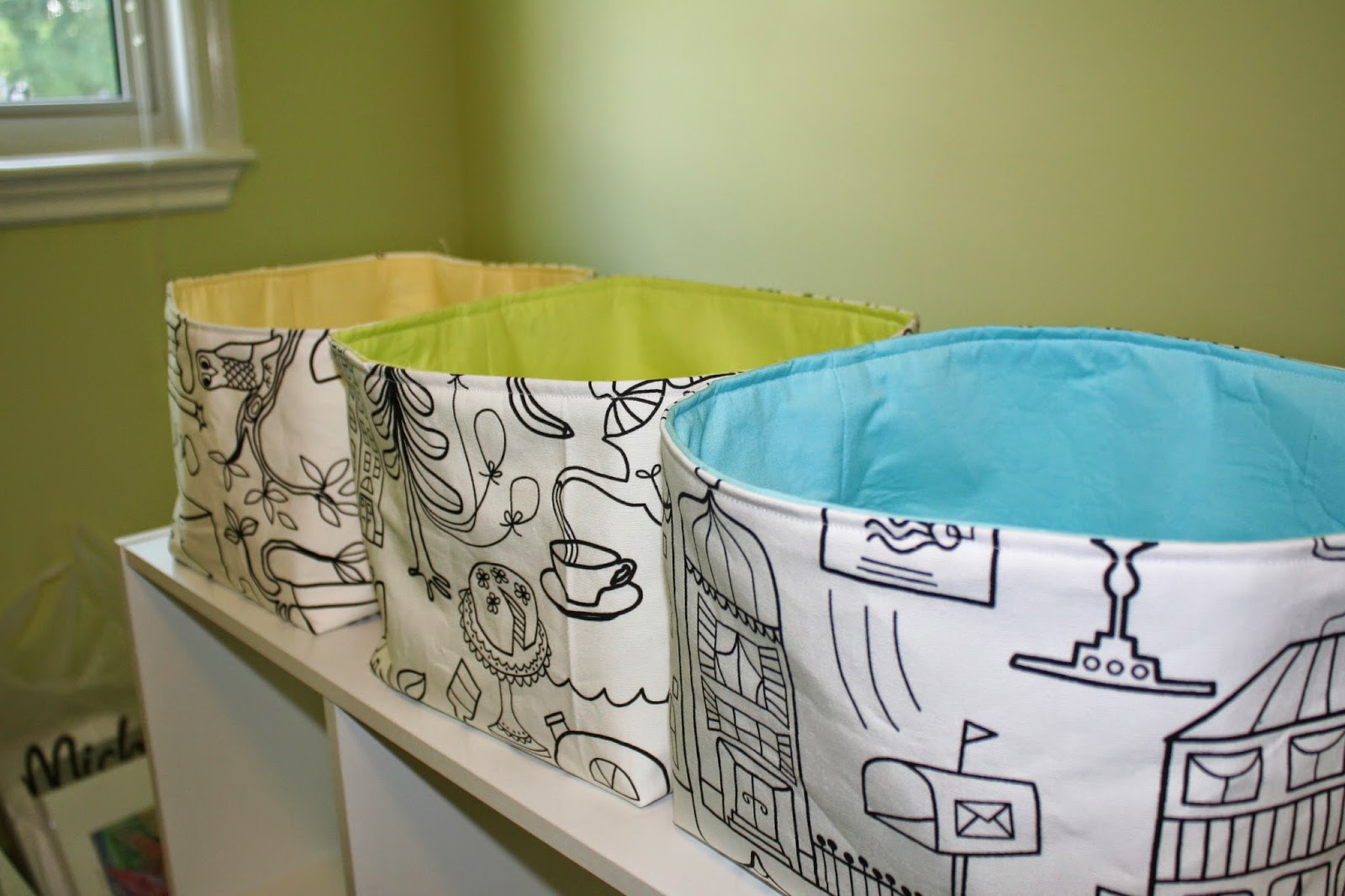 ...using the fabric I bought at Ikea when I was in Montréal for the exterior and lining them with Konas (Maize, Spearmint, and Robin Egg so far). I used a tutorial from Haberdashery Fun that worked quite nicely. 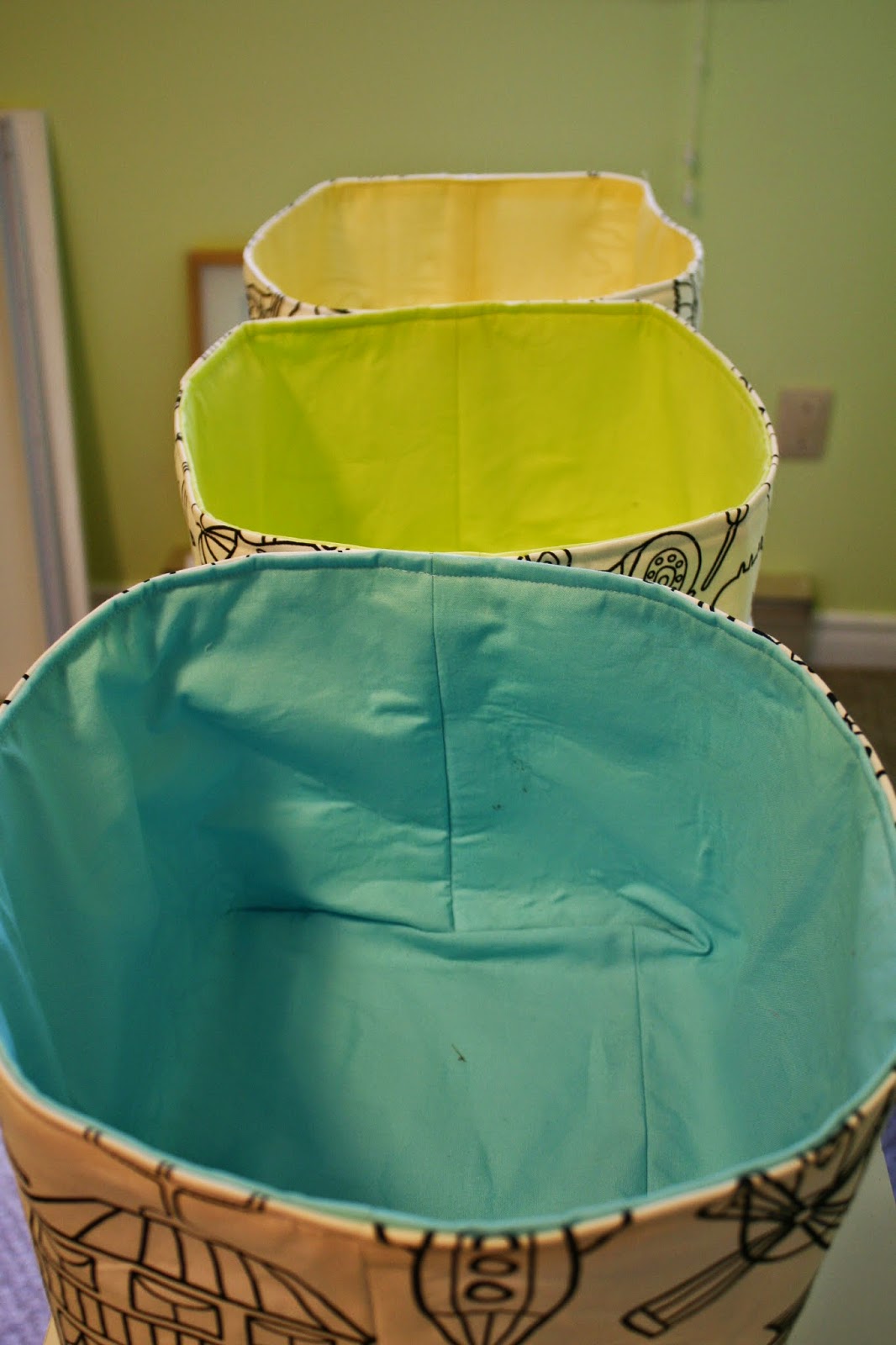 I will say that the first step in the sewing section of the tutorial that isn't 100% clear (you need to sew seams up the two short sides of the rectangle... but it doesn't exactly say that). And if you plan to use fabric that is very directional, this mightn't be the tutorial for you. As the bin exterior is made from one piece of fabric, you're always going to have some part of it that's upside down. Very annoying for us OCD folks!

Apparently, swaddling is the thing for little babies. I fell in love with Lotta Jansdotter's Snuggler when I saw it on Pinterest, but sadly, my local library didn't have a copy of her book, Simple Sewing for Baby. Lucky me, I managed to find a link that had the instructions and the full size pattern for just the Snuggler. Score! 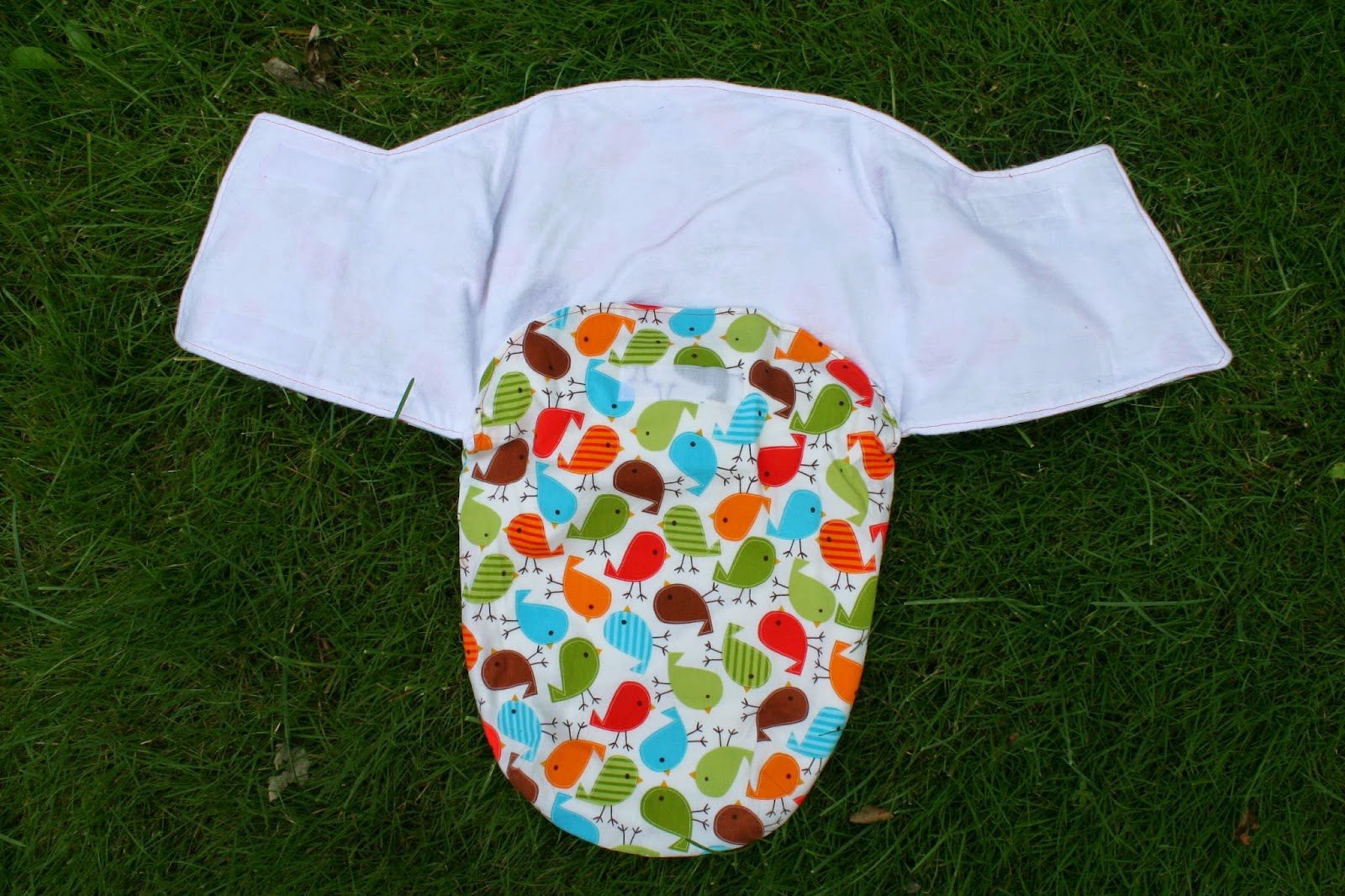 I dove into the stash and found these Ann Kelle prints. I swear I could have bought every print in the Urban Zoologie line... but I didn't. 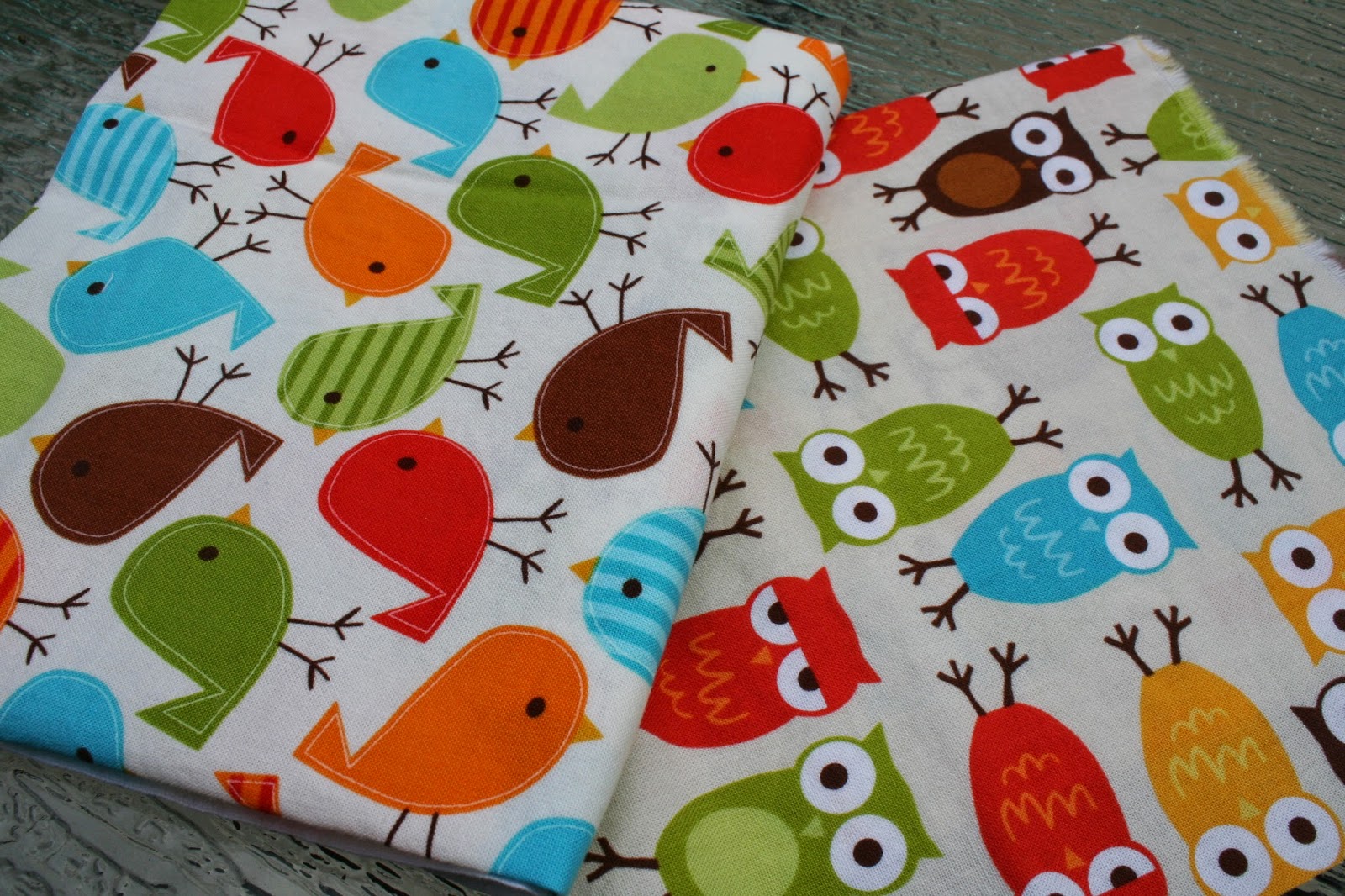 I don't normally buy large cuts, so when I need a metre of fabric for something, my choices are limited. That said, the pattern called for a yard of cotton print, but, with careful pattern placement, I was able to get away with 0.7 m. It didn't work quite as well for the owl fabric. I had to do a little matching of the print... I don't think it's too obvious! 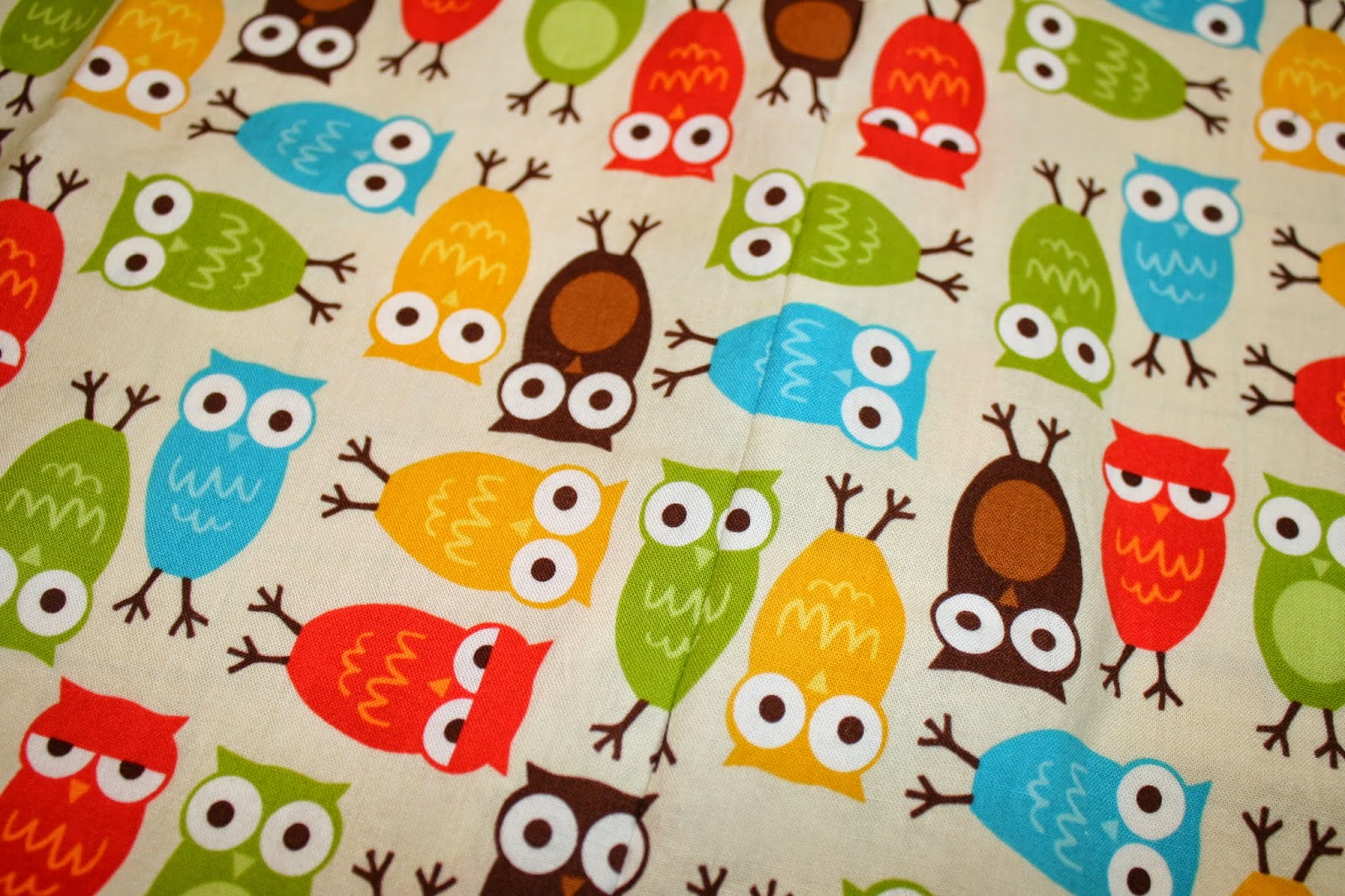 The pattern isn't too tough, though I did have some trouble getting one area where multiple seams meet to lay flat. I don't think babies really care. I also opted to use flannel for the lining instead of microfleece. 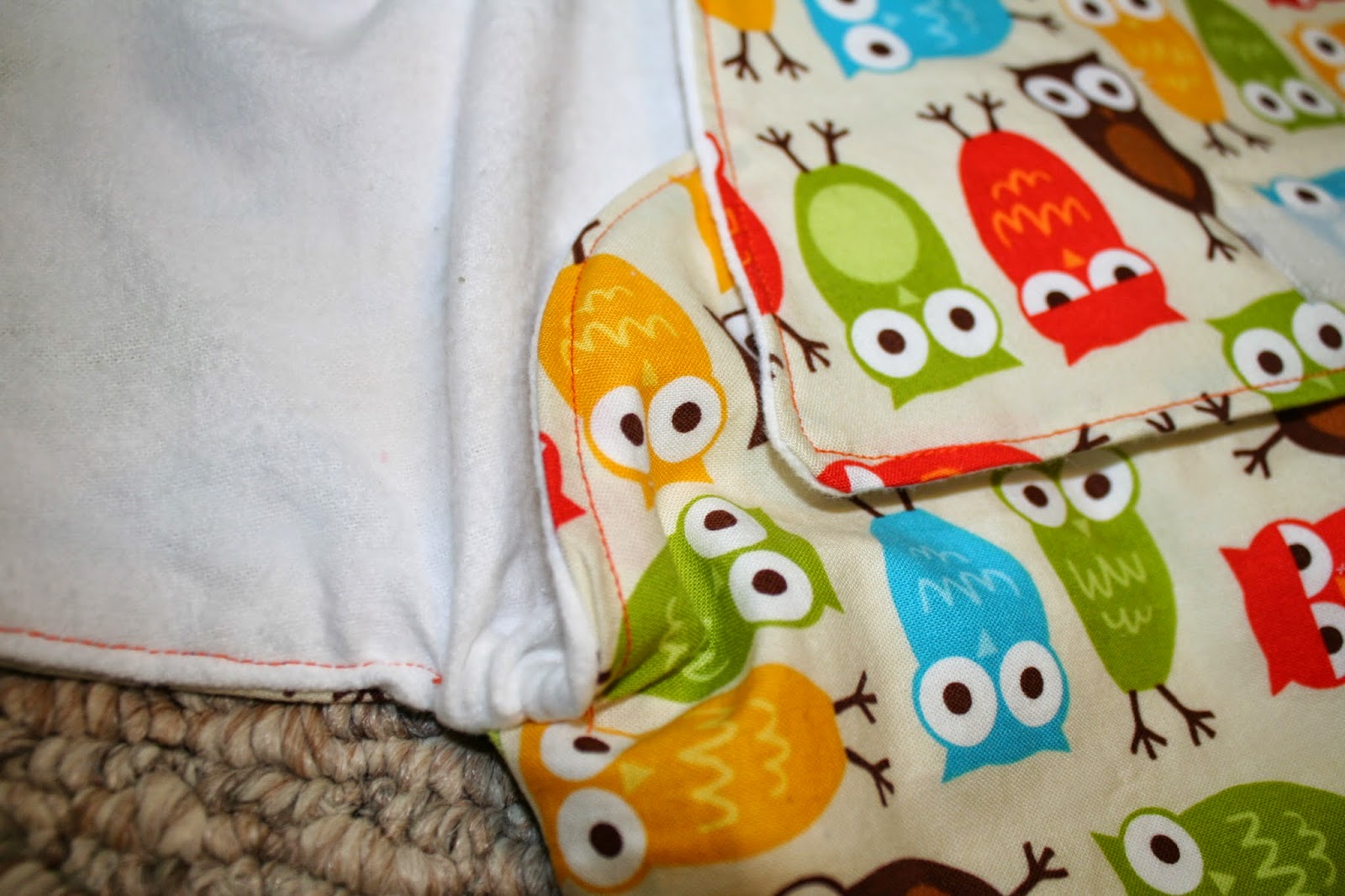 These went together fairly quickly, but I think I'll wait to see if the critters like sleeping in them or not before I commit. I might be nice to have a few things that aren't gender neutral... which means waiting until they're actually here! 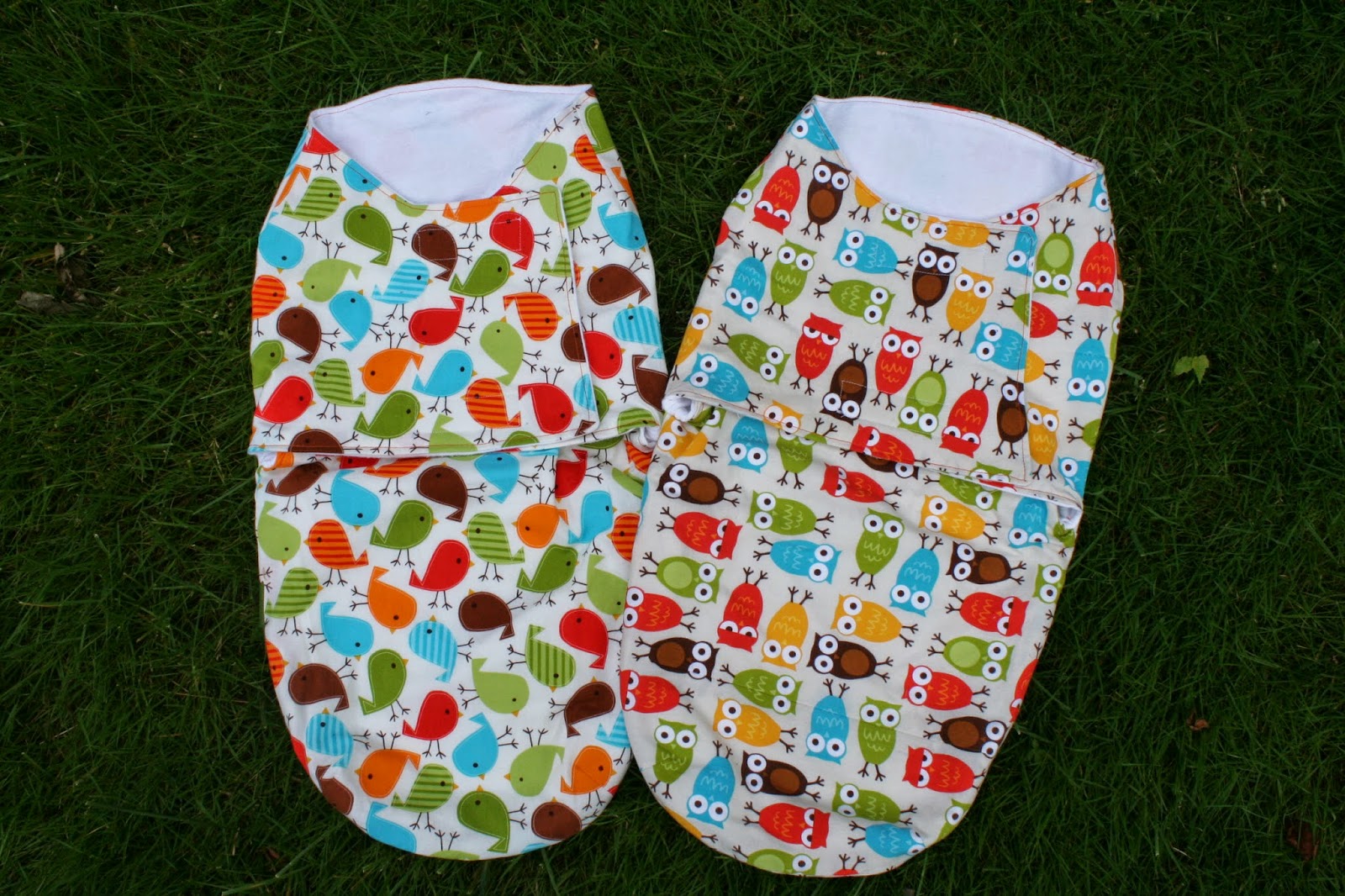 Hope I gave you a couple ideas on stuff to sew for babies... I'm not hinting here people! Sometimes it's nice to make something that isn't a quilt, especially if the baby on the way has a qulit-y relative! Please feel free to share your ideas in the comments... or you can just lavish praise upon me for my amazing work. Either is fine! :)

P.S I'm linking up with Finish it up Friday @ Crazy Mom Quilts and with TGIFF over at the Devoted Quilter. You should definitely pop over and see the EPP madness she recently finished. 1340 hexies... oh my!