Saturday found me spending some quality Quilt Therapy time with a couple of the Squares. We generally work on our own projects for the day and this time was no exception. Q-A was working away on some Library Project blocks - broken herringbone. Perhaps you'll see them soon on her blog - Anja Quilts. Q-D was working on some paper-piecing. Not unusual! I got so into my quilting that I didn't take pics of anyone's work in process! 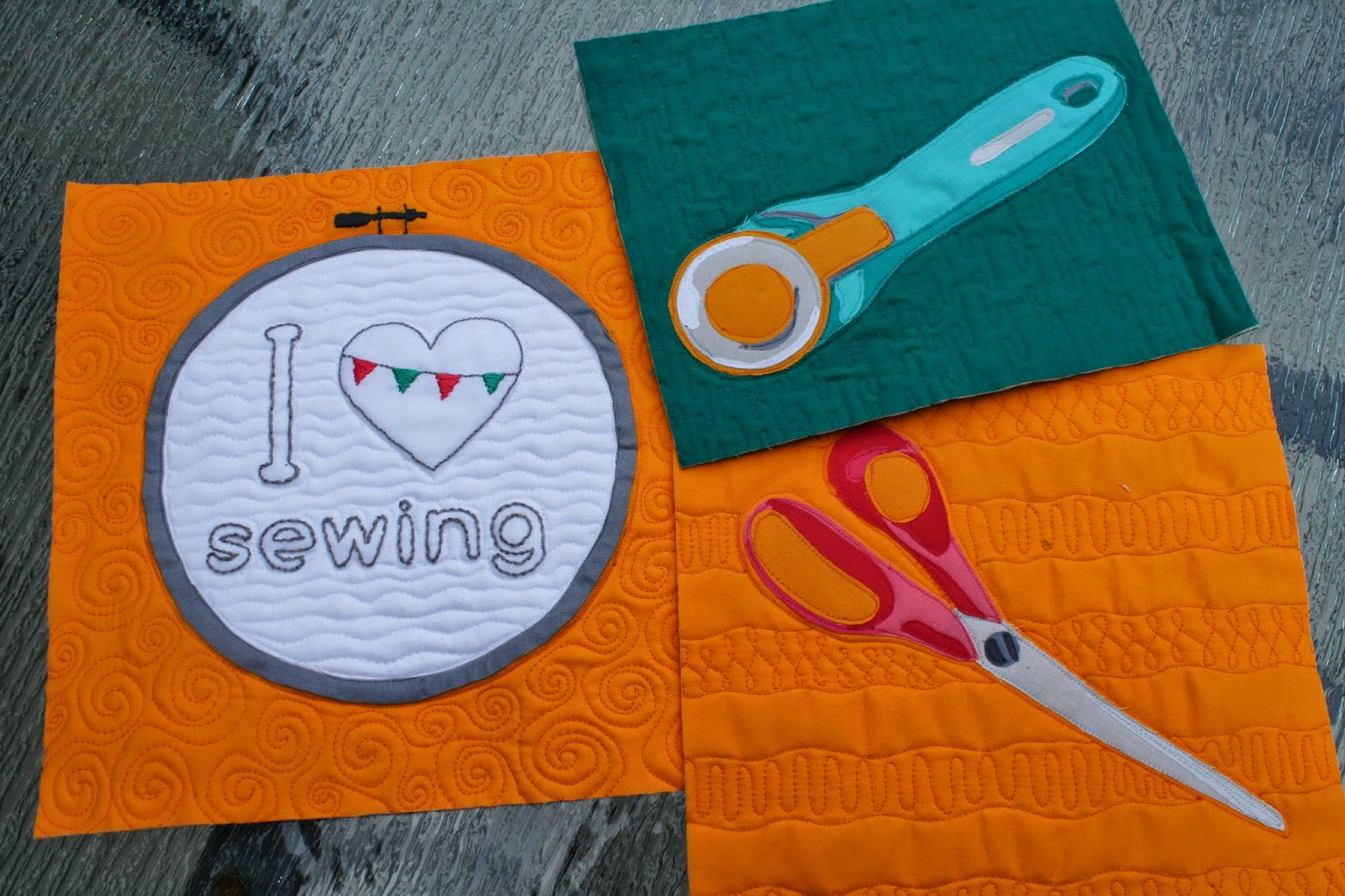 First up, the embroidery hoop block that I hand embroidered myself! It reminds me of the cross-stitch I used to do so much of, though less tedious. I could easily get hooked. Just what I need - another craft to do! In the quilting stage, the instructor recommended a second layer of batting under the hoop... it really made the quilting pop out. And more spirals... it's amazing that these were so hard in the beginning, but now they just flow. I hardly have to think about them at all. 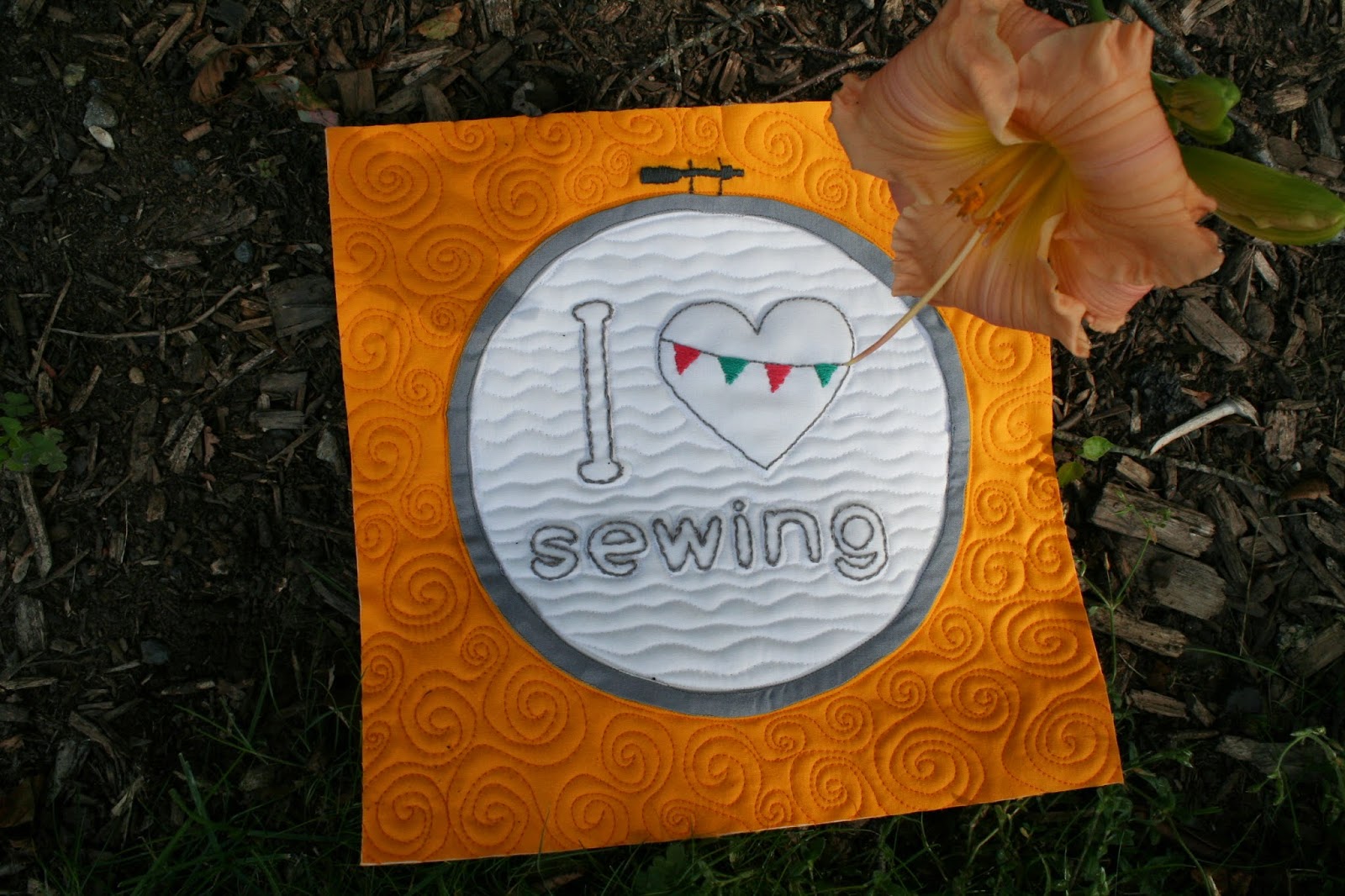 Then there's the rotary cutter block that caused so many double takes in this post. This block and the one that follows were made using the layered appliqué technique and to quilt it, I started by outlining each piece in stitching. There were a LOT of thread changes! For the background, I tried out a new pattern suggested by the instructor. She called it cactus arms... but it kind of makes me think of puzzle pieces. I don't know exactly what to call it, but I do know that I couldn't think about it too hard while quilting. I just had to go with it! 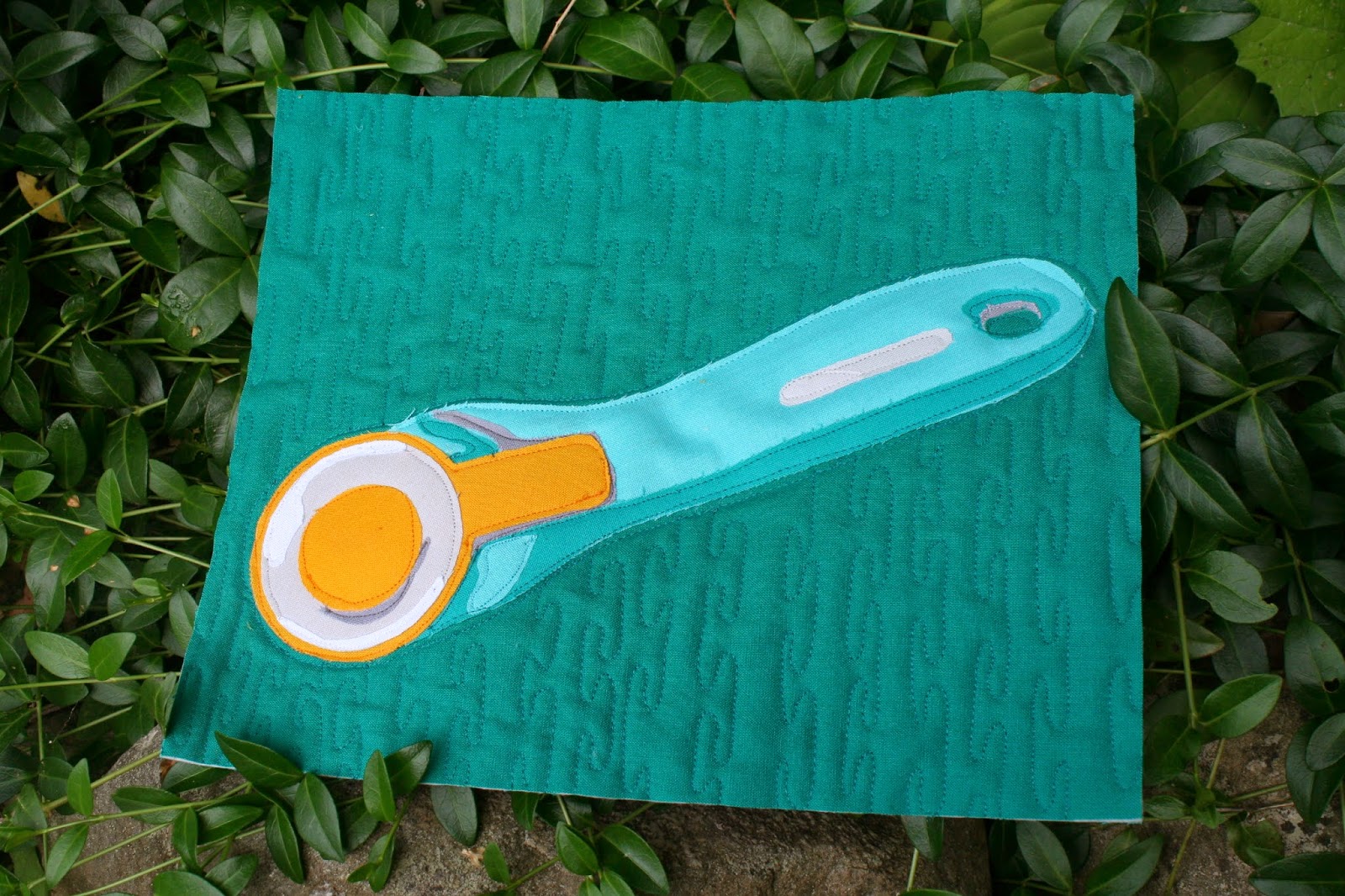 The second block for this month is these scissors. Himself likes them even more than the rotary cutter! For the background of this one, I got to play with more FMQ patterns. I never really though of doing bands of patterns before this course. 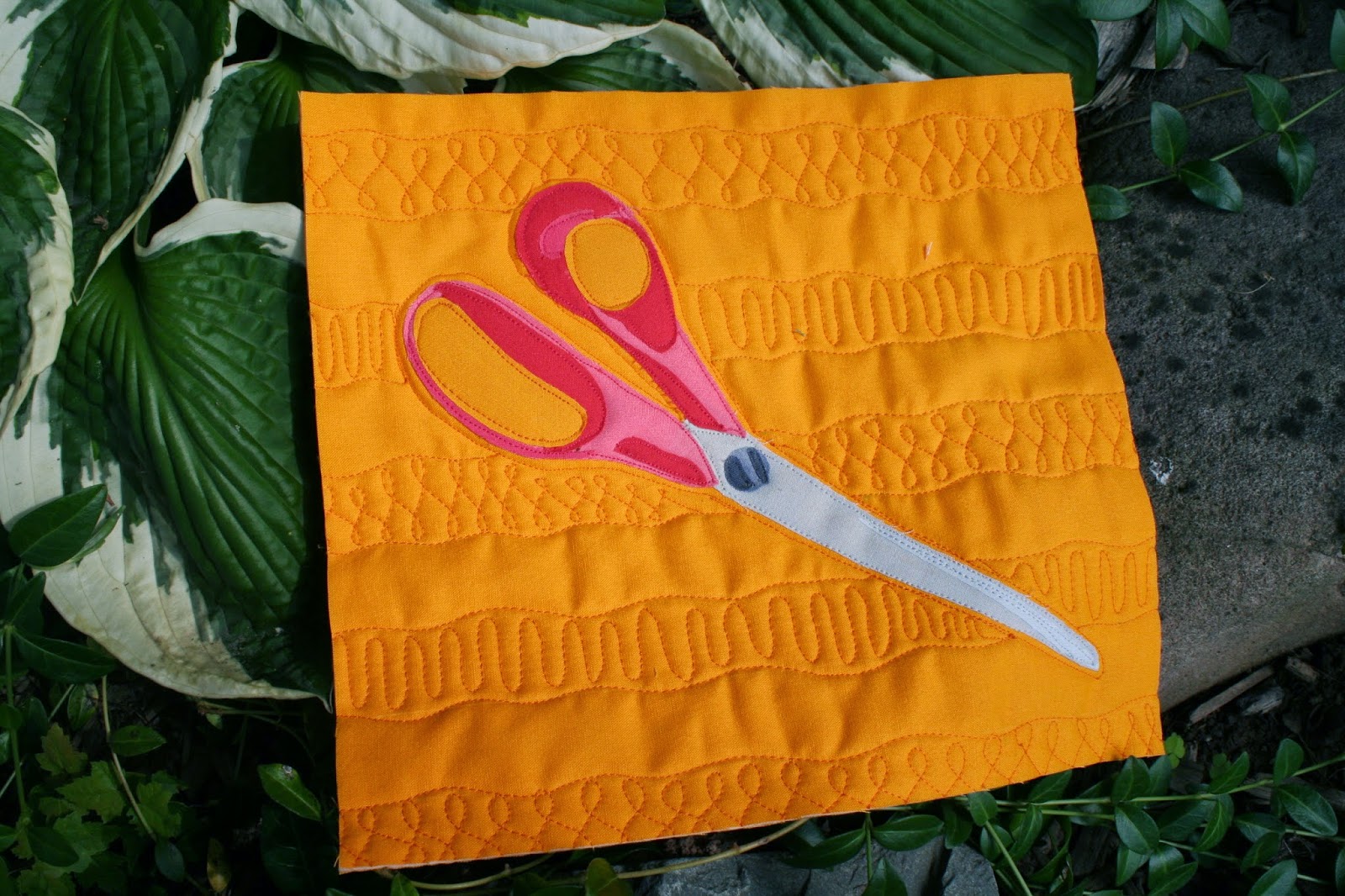 I love checking off the finished blocks on my list! I'm all caught up on my Skill Builder blocks... just waiting for August 14th when the next blocks go live on the course platform.

Hope you got some sewing time in this week-end! I'm linking up with Anything Goes Monday being guest hosted by The Sassy Quilter!