Such a sense of satisfaction comes from the completion of March's One Monthly Goal. If you read this post back at the start of the month, you'll already know that my goal was to finish up some of the blocks from my Skill Builder 2015 (yup. 2015.) quilt, Technicolor Galaxy. 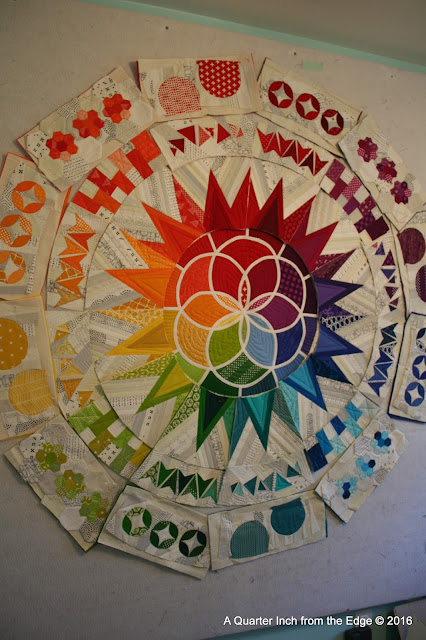 These two cubbies in my studio shelving have gone untouched for far too long. I am so happy that Alyssa @ Pile O Fabric is feeling well enough to get some of the lessons together for Technicolor Galaxy. 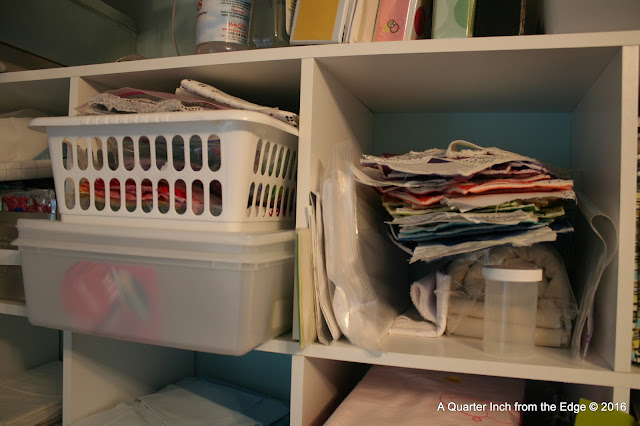 Lesson 8 (what would have been August 2015's block) was released just recently. It uses a technique called Piecelique. If you've never tried it, you really should. But there's glue. Consider yourself forewarned. This blog post gives you a good overview of the technique. 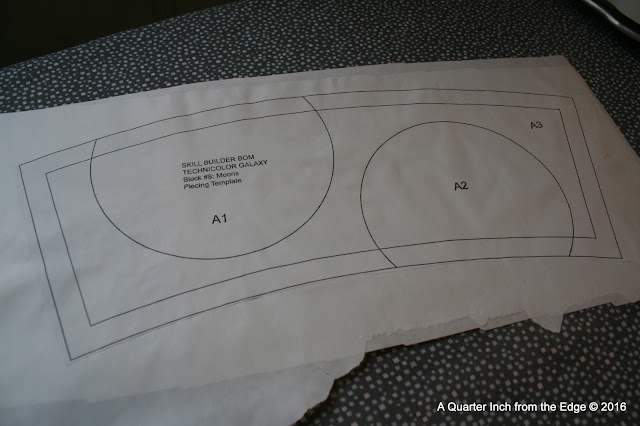 More pieced backgrounds. Even though the pattern doesn't call for it, I felt the block needed it. 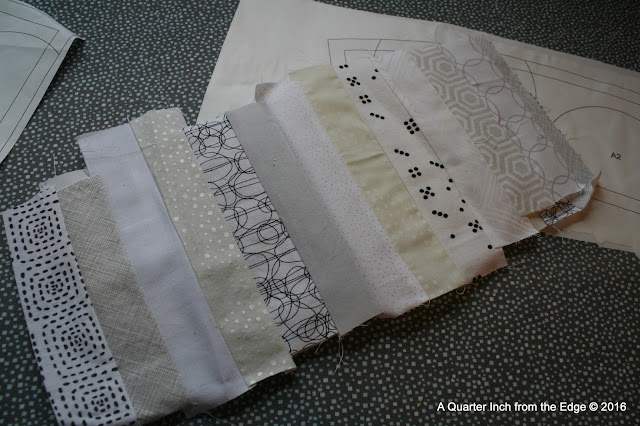 Yay! Goal achieved! They don't look like much compared to some of the other blocks in this quilt, but they were interesting to make! 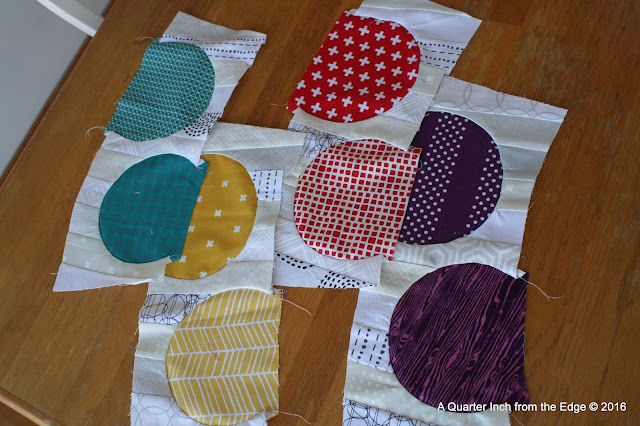 Once the Moon blocks were done, it was time to prep the blocks in the outer ring (Moons, Flower Hexies, and Orange Peels) for quilting. 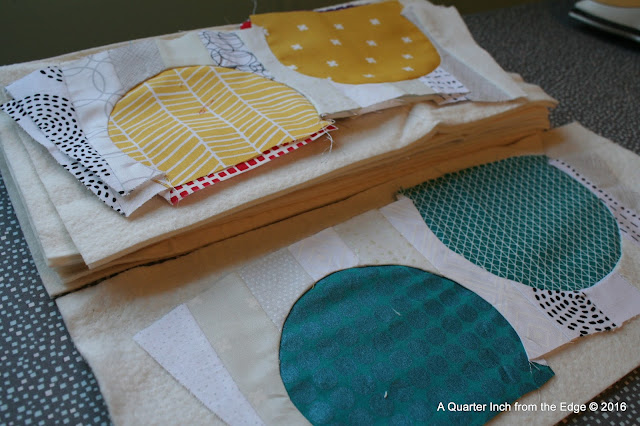 I realized somewhere along the way that I hadn't actually finished my Flower Hexies! Oops. 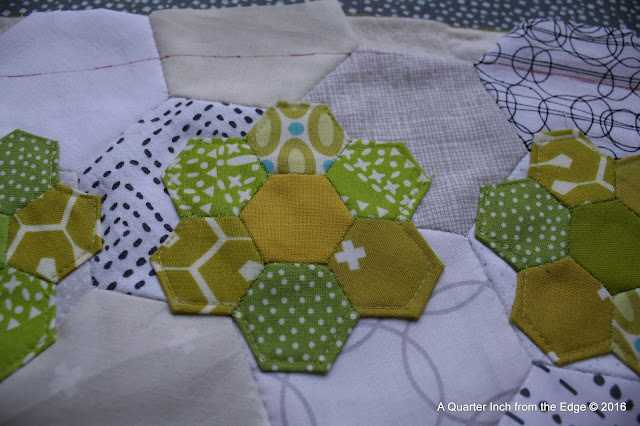 Some more EPP for the background and a little appliqué later, they're done! 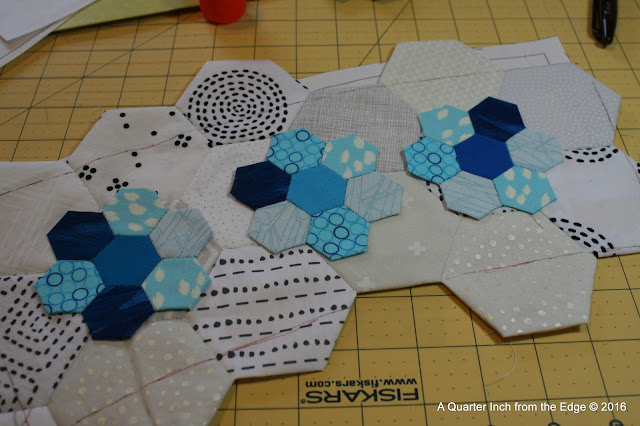 I don't normally have to put so much thought into choosing the backing for a quilt, but Technicolor Galaxy is an exception! So many Konas to choose from! 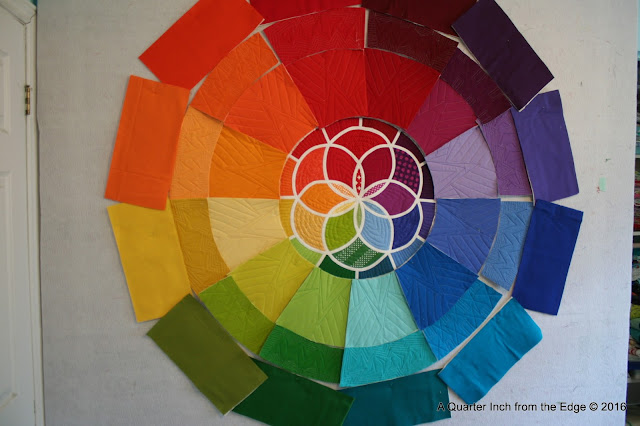 And here we are! The outer ring of blocks are all layered and ready to quilt. 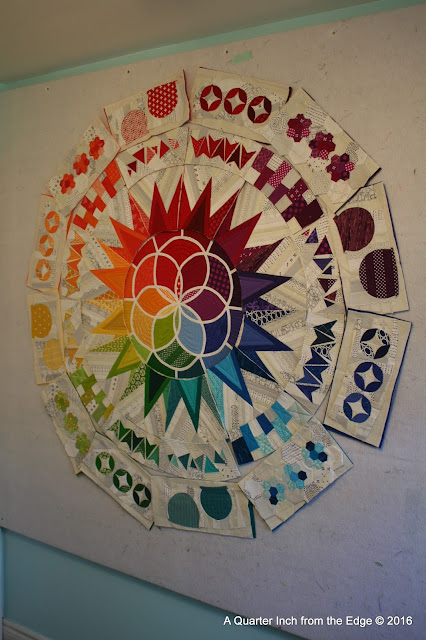 UPDATE: Though I don't have a picture, I've actually completed the quilting on the Moon blocks. Yay!