So a while back, I posted about a wild and crazy quilting adventure that Anja @ Anja Quilts, Julia @ Jada's Quilting Adventures, and our friend Dena had signed on for! It was all that I had hoped for and more! 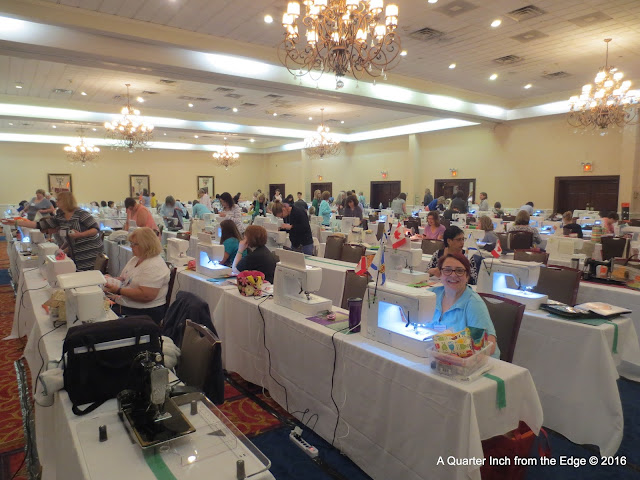 The structure of the week-end included three two-hour classes on Friday and Saturday with the six instructors rotating from classroom to classroom. First up, Monica Solorio-Snow of Happy Zombie and her Binge Watching pattern. 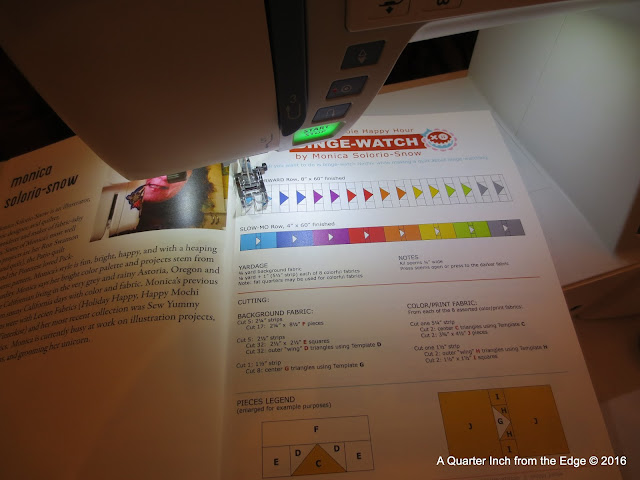 For each instructor, there was at least one game changer moment. Usually it was a tip so simple and perfect that I couldn't believe that I'd never thought of it. For Monica, it was covering a printed template with packing tape on the front and back before cutting it out. 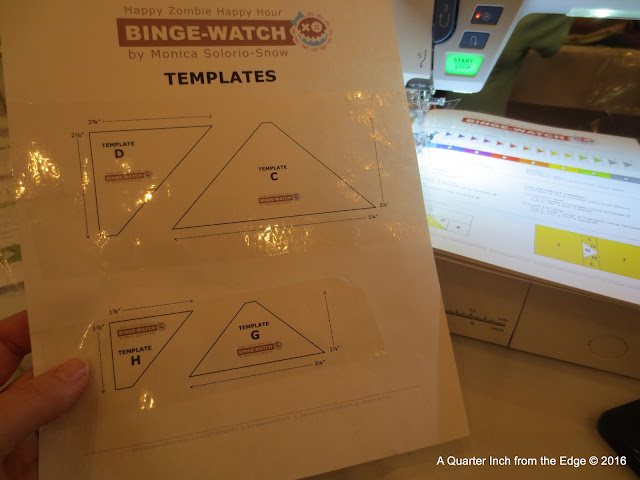 Due to my lack of advance cutting, I didn't make a lot of progress. Well, that and the fact that my templates were printed incorrectly, causing me to have to recut a bunch of triangles. But I did catch up by midnight! 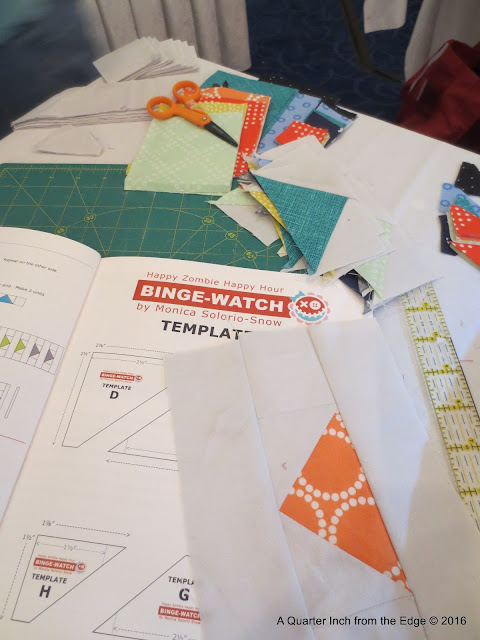 And it turns out that this isn't the first pattern of Monica's that I've made. She designed the Christmas Tree Pants that I made for my parents a while back!

Next up, Penny Layman (you know, my swap partner BFF). Try not to be too shocked. I actually had my picture taken a couple times over the course of the week-end! 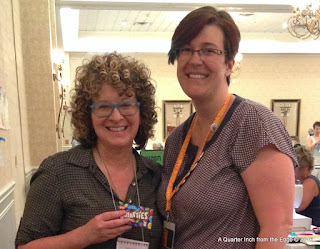 The game changer for Penny's class came in the form of this little wooden wall paper roller. It was a suggested notion for Glamp and I decided to take the plunge. Rolling those paper pieced seams is so much more effective than finger pressing and beats hopping up and down to the ironing board! 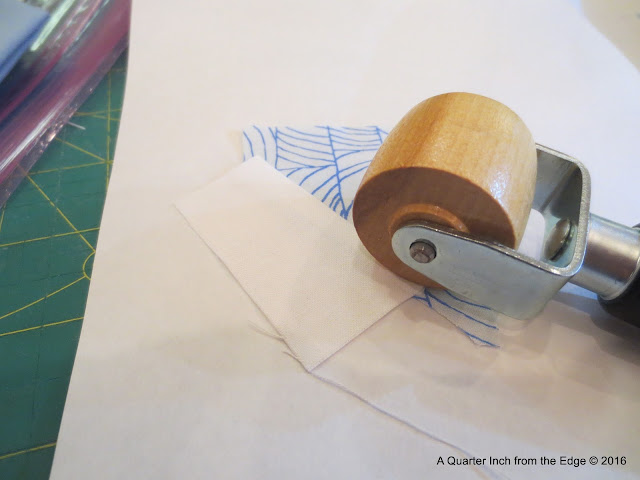 She also had a sweet technique for matching up sections called "pinch and pin" using forked pins to really secure those key joints. Even with poor hotel lighting, these mountains are very cute! 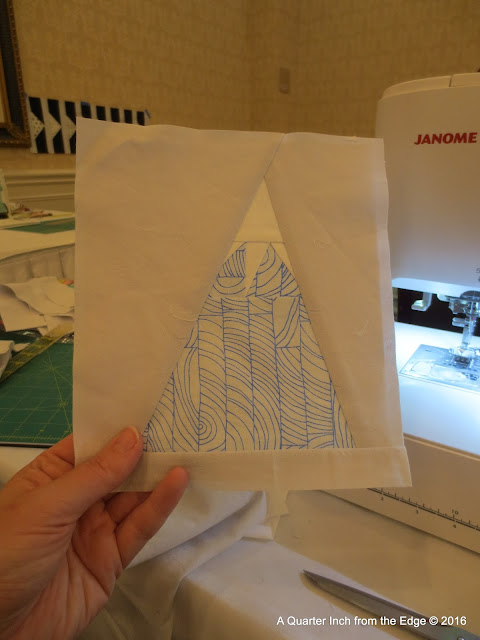 Last class of the day was Violet Craft. Curved piecing isn't what I think of when I hear her iconic name. I tend to think Jungle Abstractions and Domino Dot. But this lady knows of what she speaks when it comes to curved piecing. 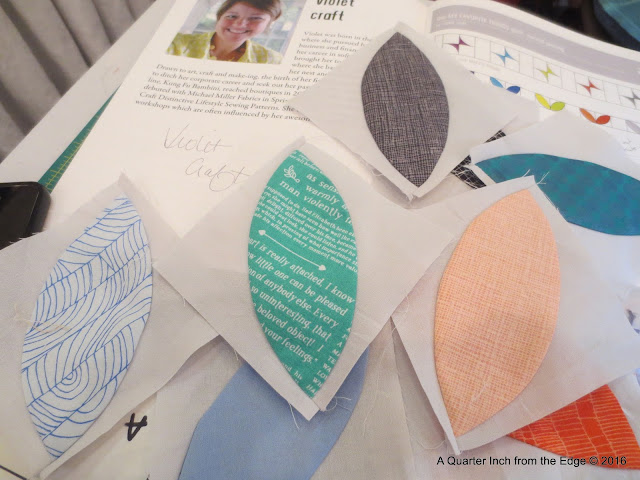 Violet's game changer? Pin very, very little. "The fabric knows what it wants to do. Let it." Yup. I let it. And it worked. I also discovered that a ¼ inch foot with a guide is not nearly as awful as I thought it was! I will also say that the blocks pictured above are pieced... not appliquéd. True story. I want to make an Orange Peel quilt more badly that ever!

This may sound like the craziest thing ever, but it was amazing to me how down to earth and friendly the instructors were. They're frickin' quilting rockstars with their own fabric lines and publishing deals. But they chatted with each and every student, answering questions, admiring our work, laughing and carrying on.

Want to read a different perspective on the day? Pop on over to Julia @ Jada's Quilting Adventures to check out my roomie's take. I'll share Day 2 later this week! You can also read about my fabric deliberations and preparation, pouch swap, and fabric haul in past posts.