A day late, but not necessarily a dollar short!

So, I've been a little obsessed with EPP hexies lately. So much so, that when I finished my first project, I just kept right on going. The mass of hexies just kept growing and growing. I didn't know what it was going to be, just that I was enjoying it! 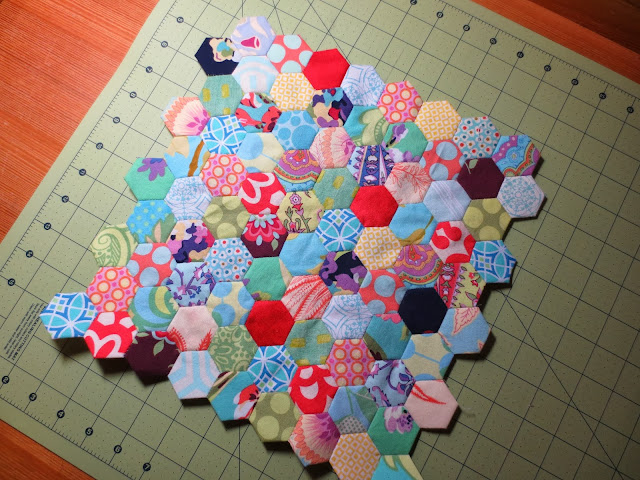 Who wouldn't love these fabrics? I have to admit, I'm pretty smitten. It's like I have a loaves and fishes thing going on with my Amy Butler stash. I keep using it, but it doesn't seem to get any smaller. I'm not saying there's a miracle happening in my studio, but it is suspicious. 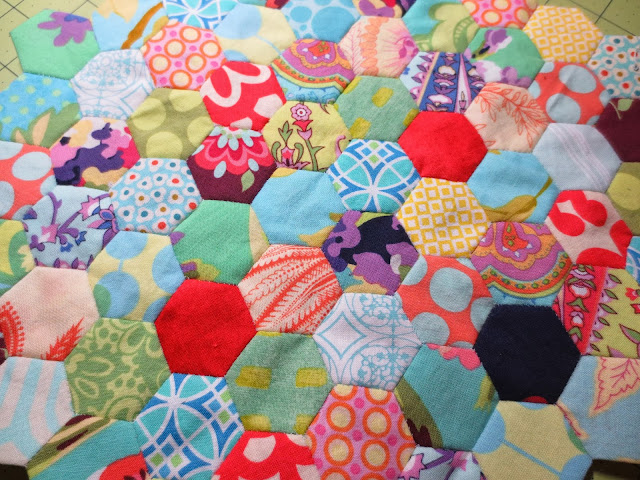 Ultimately, I decided that this hexie blob was to be the centre panel of (yet another) pillow for the bed in the Hawaii Suite (read as my spare room). Even though I knew it was a necessary step, I still had a hard time cutting off those hexie edges. 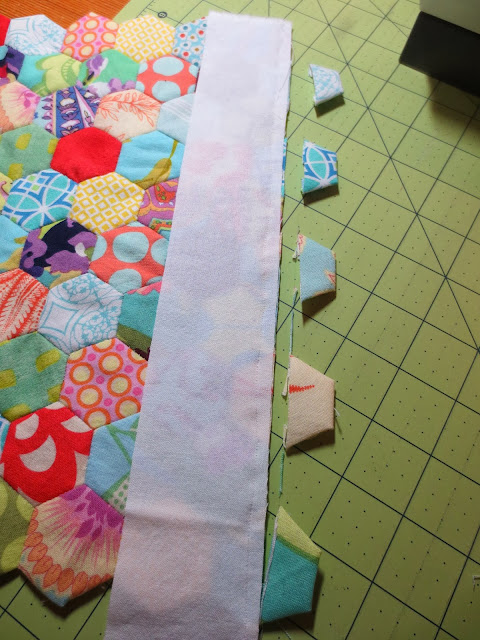 I knew I didn't want to straight line quilt this one through the hexies. Too similar to the sewing case, but what to do? I went a little crazy here and used my EPP foundation as a stencil to mark hexagons to quilt. My idea was that the hexies from the centre panel would just flow into the borders.I didn't have a Frixion pen handy, so I had to resort to the old water soluble pen. 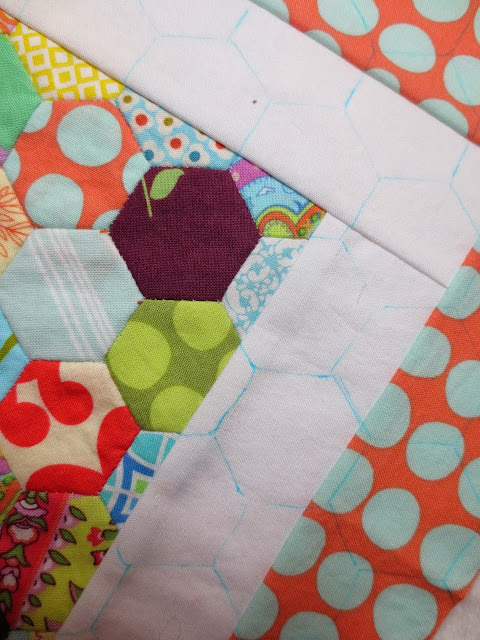 Quilting around all those little hexies was tedious. I do not recommend this technique for anything larger than a pillow. Heck, I'd think twice before doing it on an pot holder! 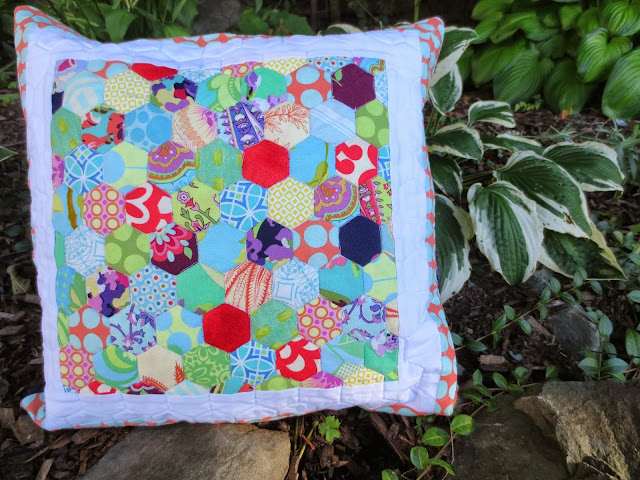 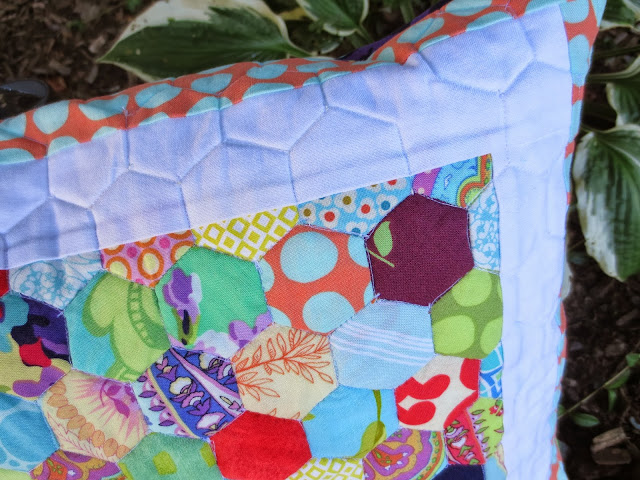 Isn't it fun to make something just because?