I came to a horrible realization yesterday. I made a ModQImprov block for the April Queen Bee, put in an envelope, addressed it and.... never sent it! Ooops! And a worse crime in the eyes of my devoted readers (ha ha!), I failed to blog about it. In this post - a double dose of ModQImprov blocks.

For April, the Queen Bee requested a selvage block that included a star of some kind. That leaves a gal a lot of room to maneuver! Since the lovely Dominique over at the Running Thimble wrote a tutorial just for me a few months back, I decided to put it to use - wonky star à la Dominque!

I started out with my trusty notebook. With trepidation, I will admit. This appeared to have some math involved. Instead of using prints in the white areas as Dominique did, I planned to make areas of selvage. 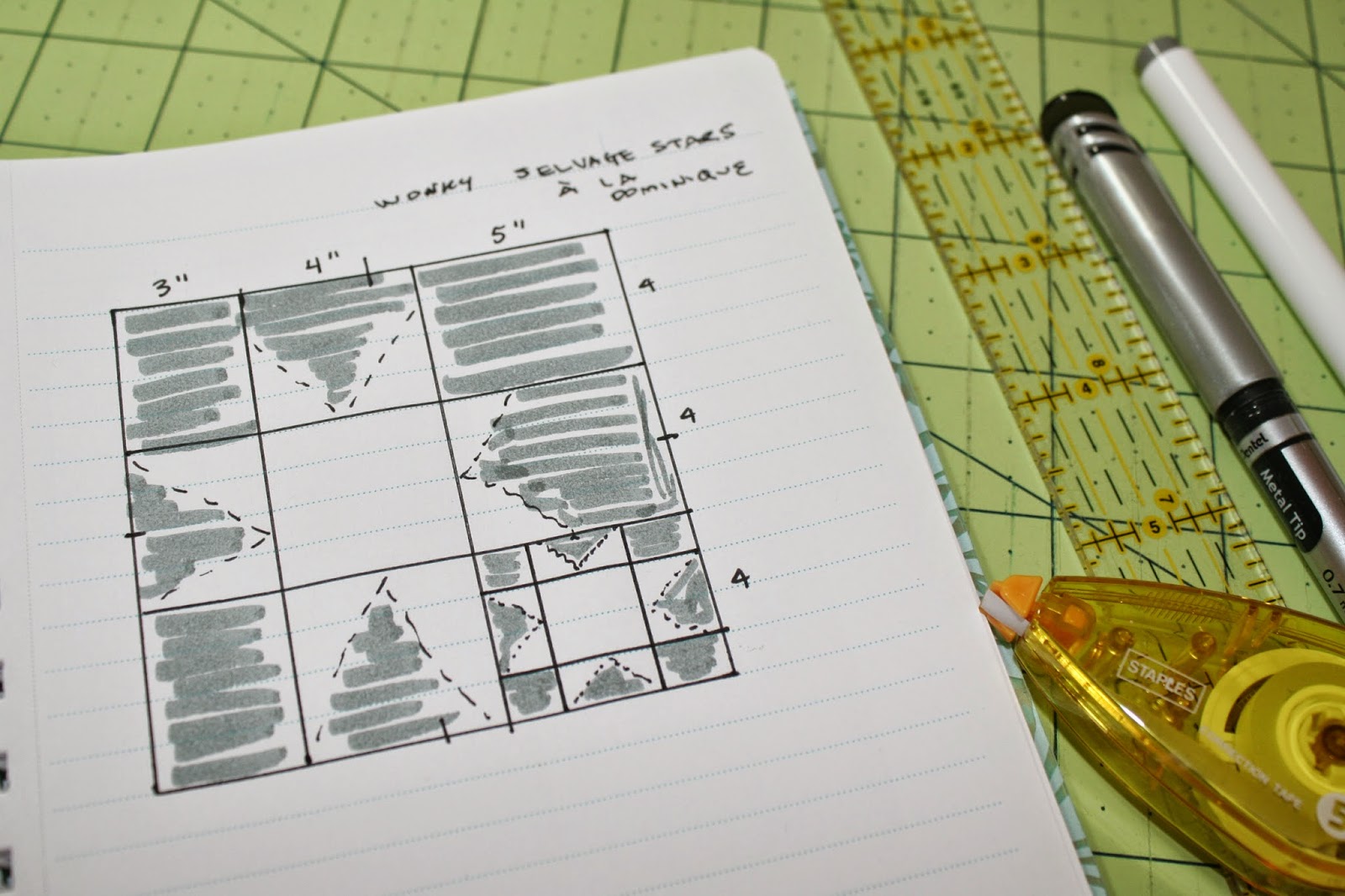 Then on to the fun bit... cutting up that Kona Ash according to my plan. Ash is just right to make the bright bits of those selvages pop. When working on individual blocks lately, I've taken to using a scrap of batting as a mini, portable design wall. It lets me lay out the pieces as I wish and then move it around as needed. My sewing desktop is only 2 by 3 feet, so things often have to be shifted between cutting and sewing. 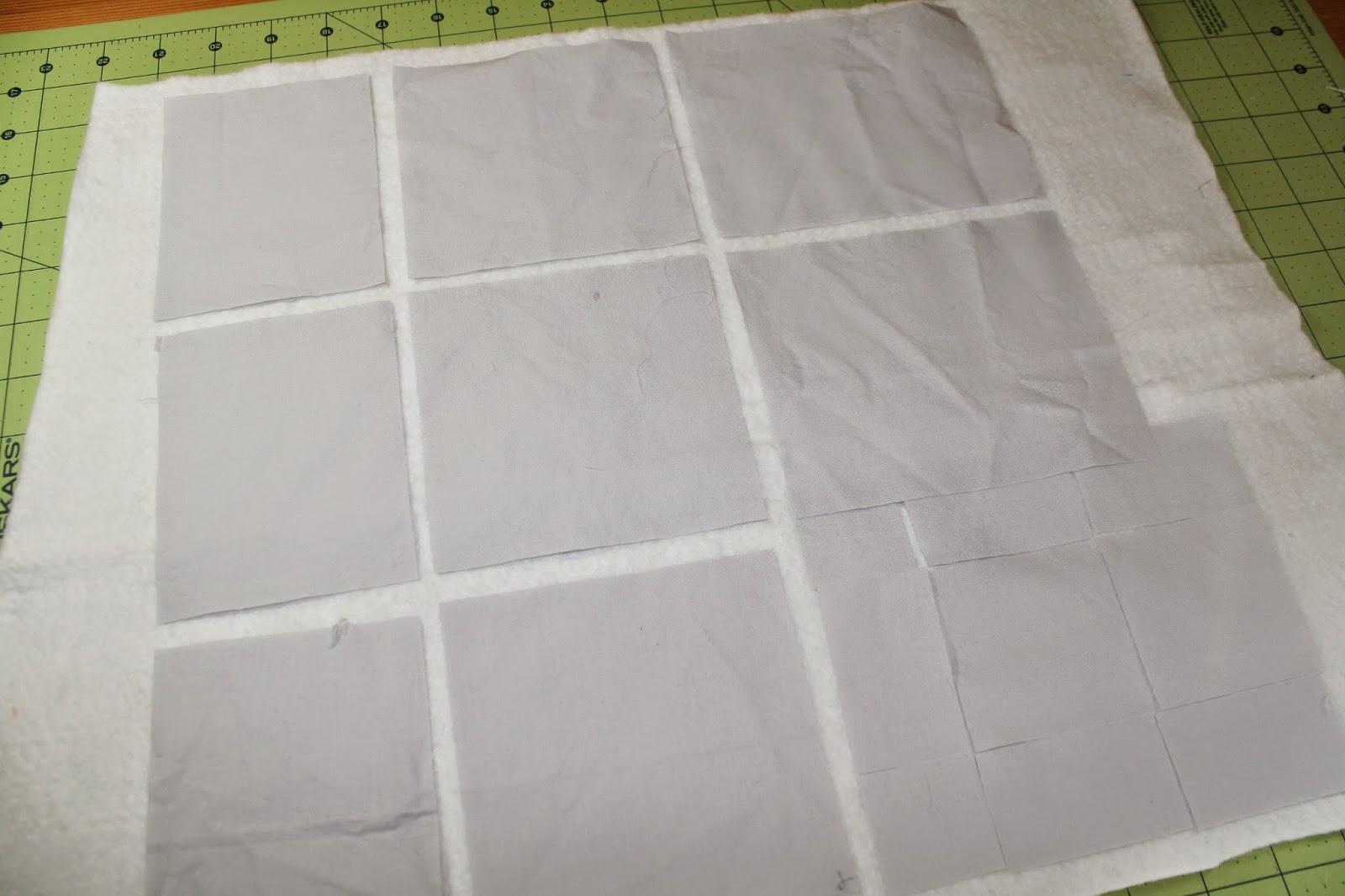 I got so into putting the selvages together that I forgot to take many pictures. Oops again. I top stitched them in place... here's hoping the Queen Bee doesn't wash this one too much! Doesn't look like that baby star is going to fit, does it? 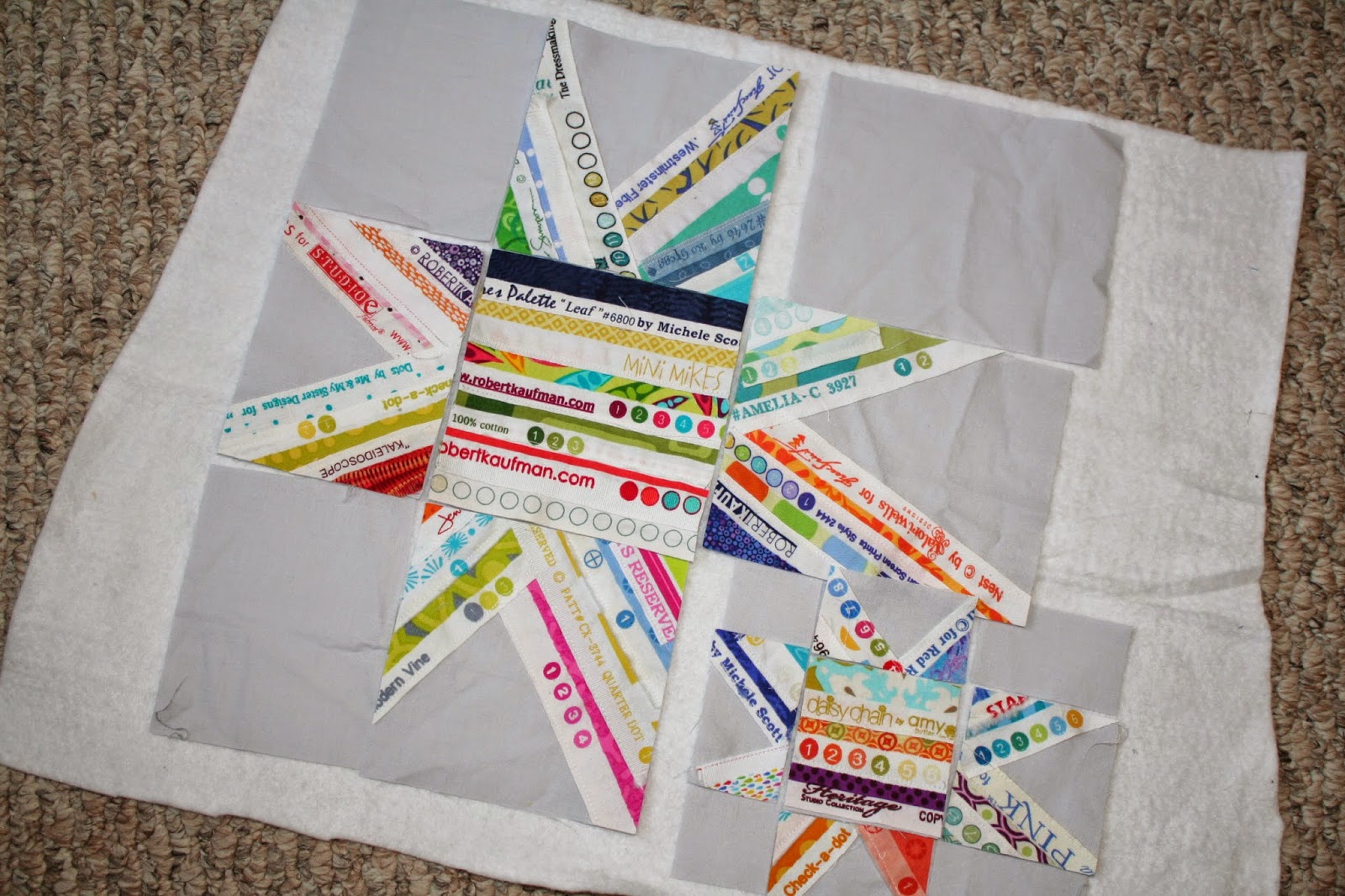 But it did! Here it is complete and stuck to a wall with Washi tape.Were I to make this block again, I think I'd make a few adjustments (such as narrower points on the stars), but that's improv! Sometimes you just don't know how it's going to turn out. 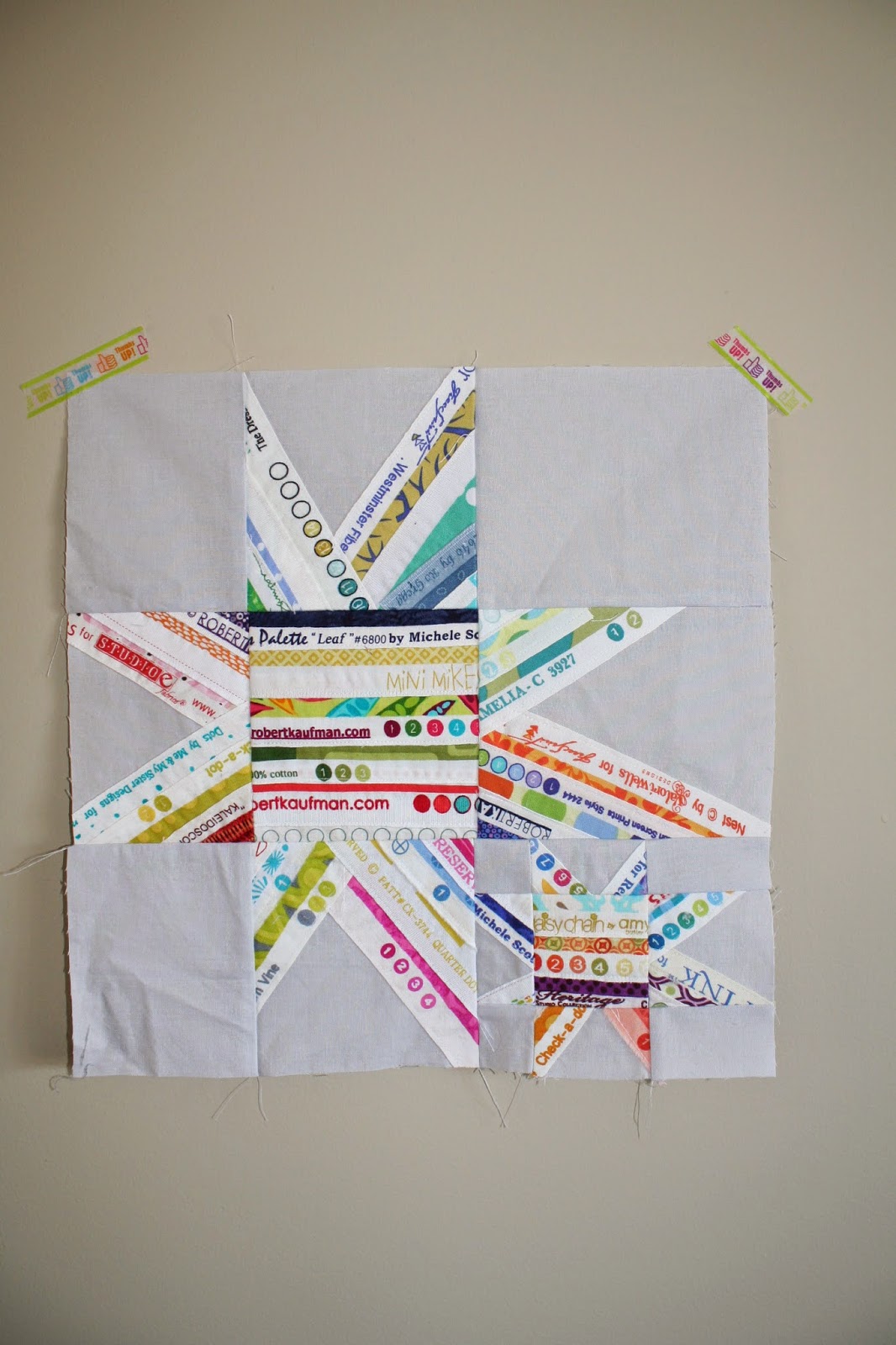 For May's block, the Queen Bee requested a wonky pinwheel and offered up a lovely tutorial from Greenleaf Goods. She gave this palette from Design Seeds for inspiration.

Definitely inspiring! I dove into the scrap bins and pulled some treasures. Printing the palette and having it on hand really helps me stick to the brief! 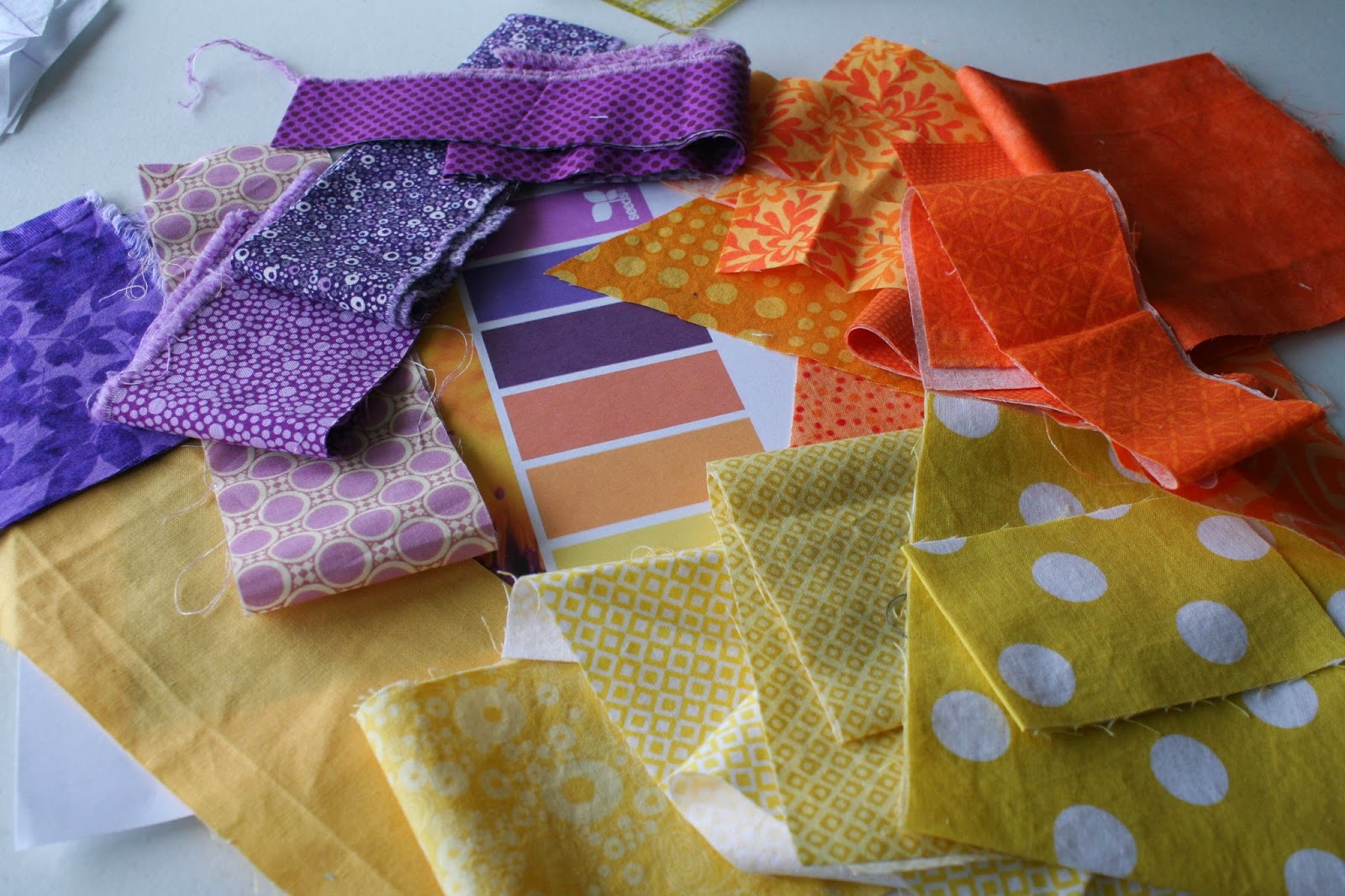 And in not too long, I had the coloured bits sewn to the 3½ inch Kona White foundation blocks. I pre-marked them with some wonky lines. Off to the cutting mat for my favourite (sarcasm!) part - trimming the blocks to size. 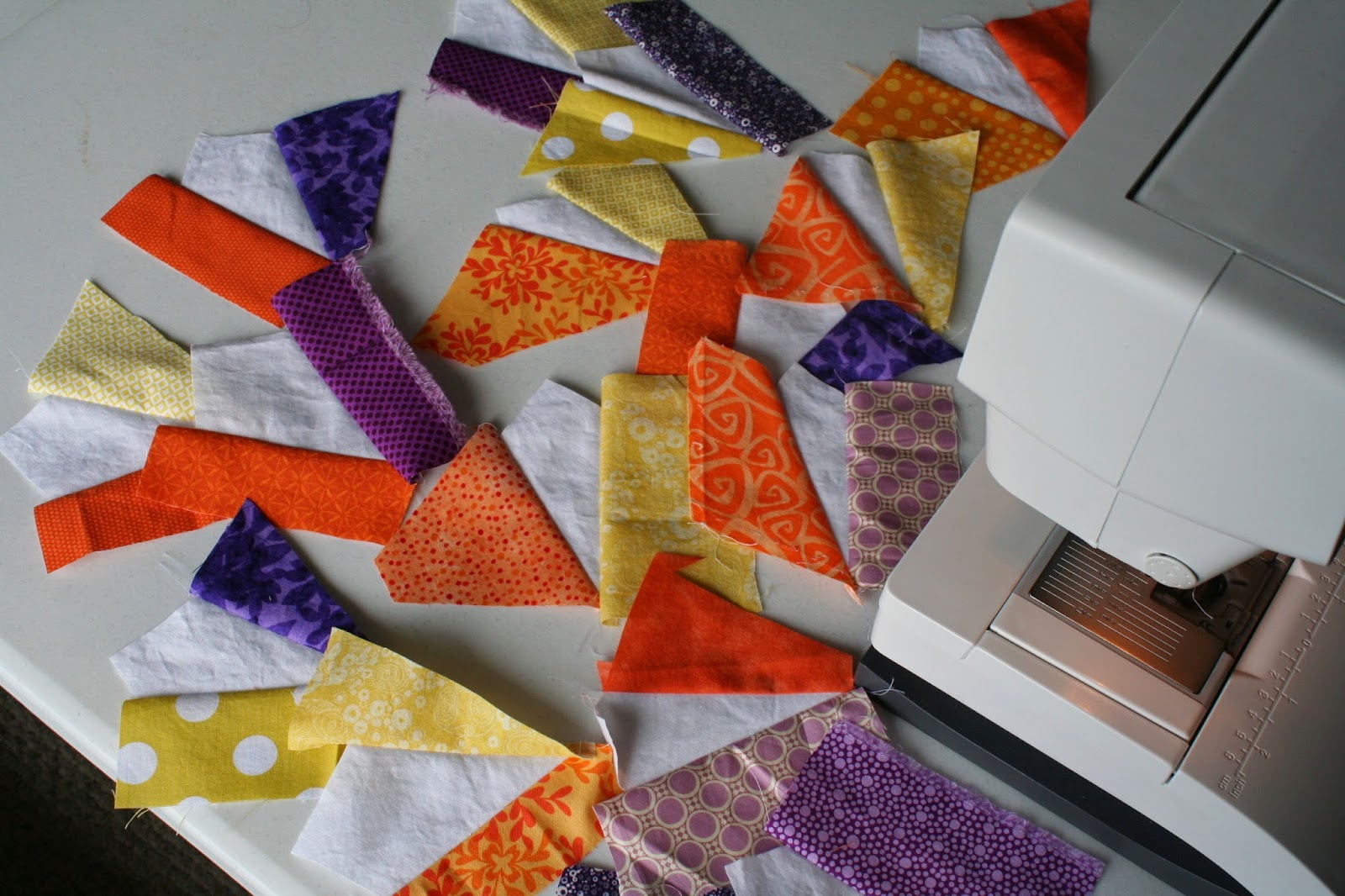 Again, once the wonky bits were done, this block came together very quickly. Here it is posing with the fresh new shoots of our Red Volunteer daylily (It'll be far more impressive in 3 months time!) 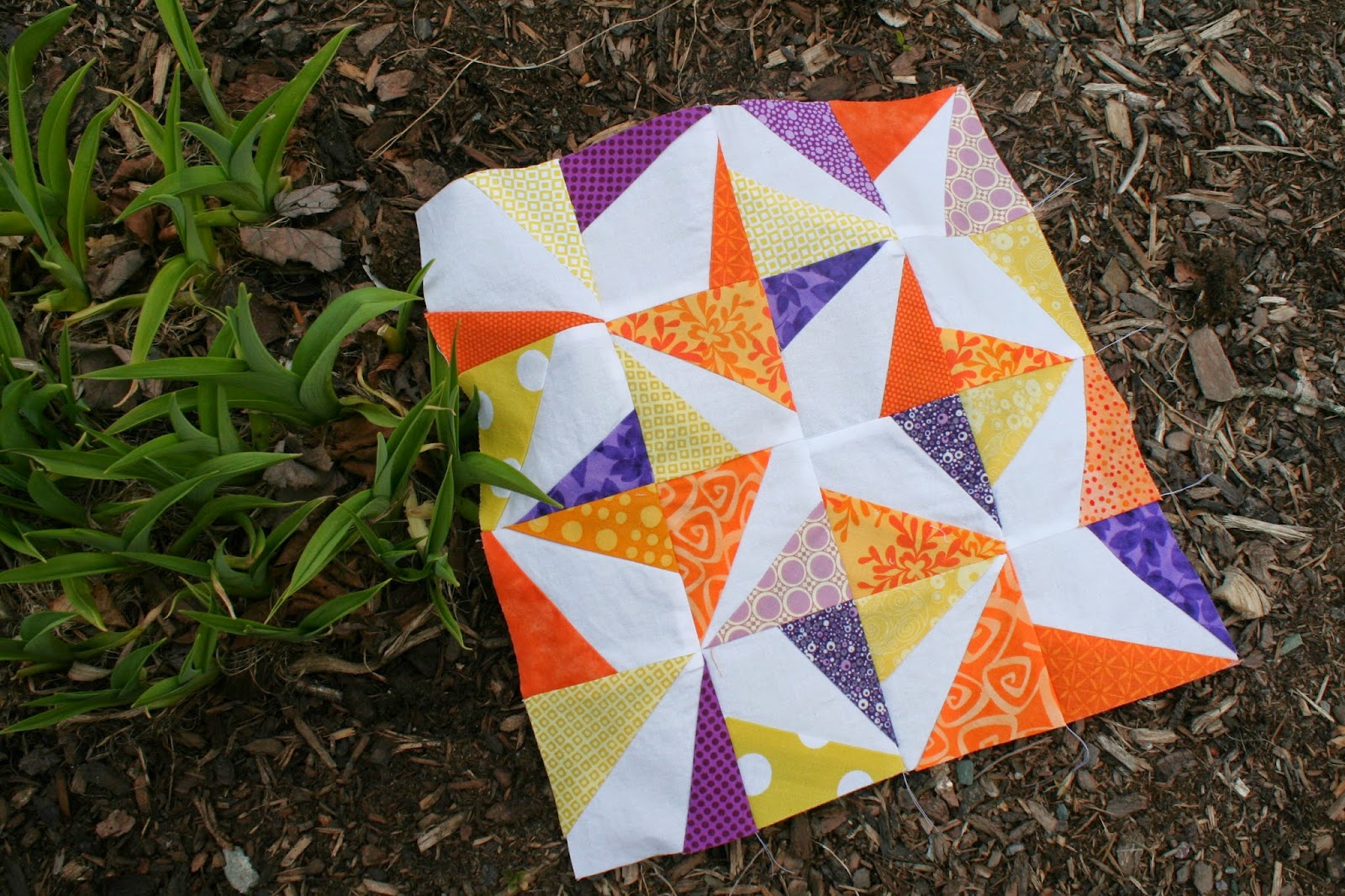 These are headed for the post office on Monday. I might have been behind for April, but at least I'm right on track for May! And with these blocks, I say good-bye to the ModQImprov Bee. It's been fun seeing what the Queen Bee would choose each month and having my skills challenged by blocks I wouldn't necessarily have chosen for myself. If you get the chance to join an on-line bee, I highly recommend it!

Hope you got some sewing in on this sunny Saturday! Or maybe you even got outdoors for some precious sunshine! Though I only finished one block, I had a great day sewing with my pals, the Squares!